When television shows are in the early creative phases, they rarely turn out exactly the way they were envisioned. All sorts of changes take place between the planning and execution stages. Ideas are scrapped, characters evolve into something completely different, and plots are reconsidered.

The Cosby Show went through a few of those significant changes before it hit the air in 1984. Several changes were made, from the professions of the characters to the number of kids in the family. Apparently, the changes were smart ones, because The Cosby Show was one of the most successful family sitcoms of all time.

‘The Cosby Show’ dominated prime-time family fun in the ’80s

The Cosby Show was perhaps the most iconic family sitcom of the 1980s. Families eagerly gathered around the television every week to welcome the Huxtables into their homes. Cliff and Clair, along with their five kids, epitomized the successful, nuclear family.

Cliff was a hard-working obstetrician, highly skilled and devoted to his patients. Quick-witted Clair was a strong female role model for her four daughters, working as a top-notch lawyer in a field dominated by men. The couple had a solid marriage with an indestructible foundation, often working as a team to outsmart their five children.

The couple’s eldest daughter, Sondra, was an overachieving college student who attended Princeton. Next came Denise, the exact opposite of her older sister. Denise was a free spirit with a love of fashion and partying. Right in the middle of the Huxtable brood was the only boy–Theo.

Theo was athletic, girl-crazy, and not too concerned about his grades (which were the source of a constant struggle between him and his parents). Vanessa was next, 11 years old when the series started and facing typical pre-teen problems. The youngest of the bunch was Rudy, an outspoken, precocious kid who gave the audience a lot of laughs throughout the series.

Cliff Huxtable wasn’t originally supposed to be a doctor 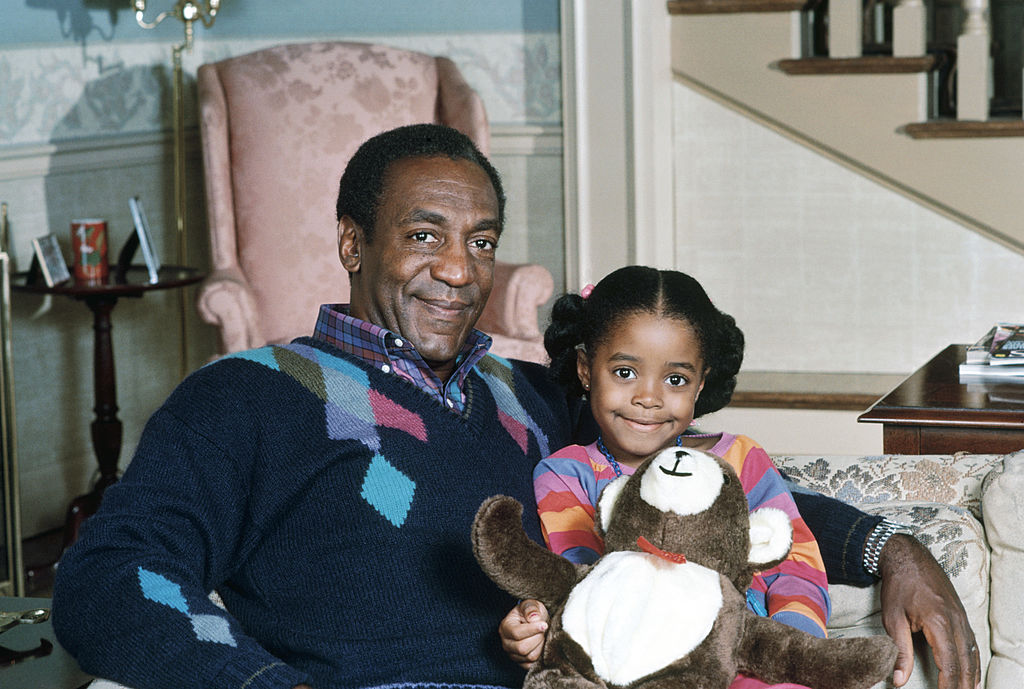 The Cosby Show was originally inspired by one of Bill Cosby’s stand-up sketches. He wasn’t fond of the family sitcoms he was seeing on television at the time, with wise-cracking kids who always seemed to have the upper hand on their parents. He came up with a more traditional show where the kids would get into funny messes, but the parents always came out on top.

Cosby pitched the idea to producers Marcy Carsey and Tom Werner, but there were a few changes to his original plans. He originally planned for Cliff to be a limo driver and Clair to be a plumber. Cosby’s wife, Camille, disagreed. She thought it would be a better idea to create the characters to more closely resemble their own family, with the parents working white-collar jobs.

Marcy Carsey agreed with Camille, and Cosby knew he’d lost the battle. He rewrote the pitch, making Cliff an obstetrician and Clair an attorney.

Other surprising facts about ‘The Cosby Show’

The Huxtables professions weren’t the only early changes to Cosby’s original pitch. He had envisioned Clair as having a Dominican background. He planned to have her launch into Ricky Ricardo-style rants whenever she became really frustrated, lapsing into fluent Spanish during a tirade.

There were also only supposed to be four Huxtable children, but Sondra was later added in as a successful college student as a nod to Cliff and Clair’s awesome parenting skills.

Fans absolutely adored Keshia Knight-Pulliam, who portrayed Rudy, the youngest of the Huxtable kids. She was smart as a whip, sarcastic, and fast-talking, and she never failed to make the audience burst out in the laughter. Viewers almost got a very different version of Rudy Huxtable, however.

Originally, Rudy was supposed to be a boy, and Jaleel White had put in a fantastic audition for the part. In fact, his agent was so sure he had the part on lock that he told them to start looking for a home in New York City. Oops.