The Chase was back on ITV with another instalment and this time it was Mark ‘The Beast’ Labbett who was in the hot seat. Facing him was John, Pamela, Samuel and Susan, but by the time the final chase came around, those watching at home were furious with The Chaser after he got a whopping 11 questions wrong, providing huge leverage for the team to pushback.

Mark and Anne Hegerty are classed as the best Chasers the show has to offer, but tonight was not one of Mark’s finest moments.

The quiz show kicked off with his big bravado act as he faced John, a regular quizzer.

“Here he comes the big boy himself! Smug smile of The Beast, it’s Mr Mark Labbett,” host Bradley Walsh introduced as he walked through the tunnel.

“Good afternoon John! Well I’ve got bad news for you Bradley, the only thing shaking here is the scaffolding as I walk across the bridge,” Mark replied.

“I’ll tell you something mate, he is quick and good,” Bradley defended the first player and Mark said: “And what do you call a golfer who is a much better player than he lets on? [Bandit] That’s him, he’s been on more TV quiz shows than I have!” 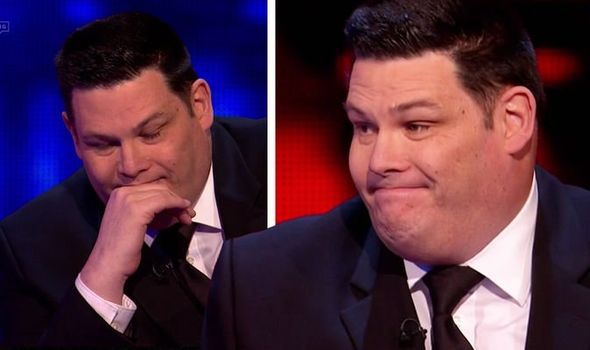 But it seems John got the team off to a good start setting precedent for how the rest of the quiz was going to play out.

Those watching at home saw the professional poker player accumulate £9,000 in his cash builder and when offered a low £1,000 or a high £36,000 he took a gamble.

And it paid off, because he successfully added the five-figures to the jackpot and it was then Pamela’s turn.

After advice from her fellow teammates, she stuck with what she had brought to the table and ended up opening the gap between her and Mark on the board to four. 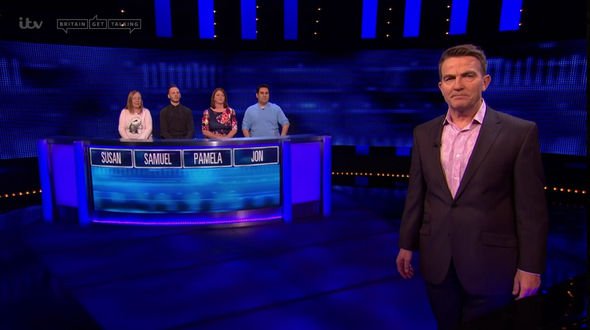 Nevertheless, the money hit the jackpot, but their luck ran out when it was Samuel’s turn and despite building £4,000 in round one, Mark knocked him out.

Susan was last up and she took the -£8,000 offer which naturally infuriated ITV viewers.

It was then up to Mark to wipe the whole team out after they got 17 steps in the final round and The Chase was on.

However, sadly it wasn’t Mark’s day because after one incorrect answer, the game snowballed. 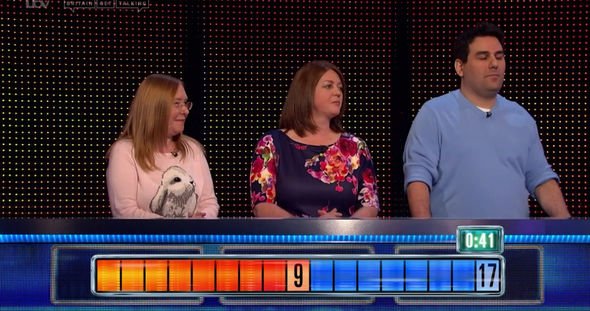 In total, the Chaser got 11 questions incorrect, giving the team an almighty chance to win their money.

Upon losing, a very annoyed Mark commented: “Well played guys, I threw that away. I don’t know what happened.”

Those watching at home took to Twitter to vent and one said: “Is the Beast on the chase trying to let these fuckers win ? he’s been dog shit, 11 fucking questions wrong #thechase.”

“11 pushbacks. Talk about a bad day for mark. If it was Shaun everyone would be ripping him to shreds #thechase,” another said.

Someone else wrote: “Come on Mark ffs #TheChase.”

Meanwhile, many were furious at Susan, who only managed to answer one question correctly in her cash builder and took the minus offer, because she walked away with a nice £12,000.

“Susan only after getting away with robbery there #thechase,” one said.

“That [woman] on #TheChase took the -8k offer, answered 1 question in the final and has walked away with 12 large. Night ruined,” another added.

The Chase airs weekday evenings at 5pm on ITV.