The season 9 premiere of The Blacklist is only a short hiatus away. After a long season following a pandemic break, the June finale ended with a cliffhanger. When the NBC crime drama returns — likely in the fall — we don’t know if things will pick up in the aftermath of Liz Keen‘s (Megan Boone) death or if writers will utilize a jump in time. Here’s why the latter scenario will be harder to pull off.

‘The Blacklist’ has utilized the time-jump before 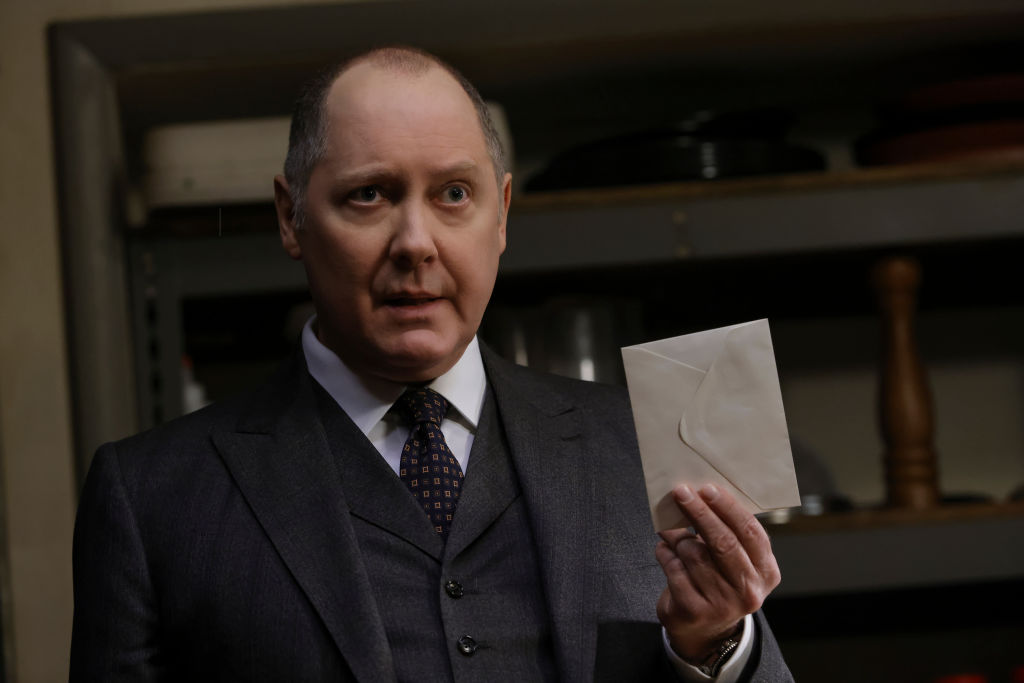 A November 2017 story arc took The Blacklist from a present timeline to a near-distant future. Tom Keen (Ryan Eggold) and Liz took quite the beating by Ian Garvey (Jonny Coyne) and his men. It all began with the mysterious bones in Red’s suitcase and what lengths Garvey went through to use his knowledge about the bones to his advantage.

This, unfortunately, included Tom and Liz caught in the crossfire and writers created it as a fall finale cliffhanger. Liz didn’t find out Tom died until she woke up from a coma 10 months later. The time jump allowed bosses to “unpack, over the course of the back half of the season, facts about what happened when we weren’t watching them all,” executive producer John Eisendrath told Entertainment Weekly at the time.

A time jump in this instance worked because viewers needed to see Liz’s pain over the loss simmer. What became of her in the wake of this loss was a very different Liz Keen. While the series could’ve done without it, this is an instance where it worked.

After hearing more about her mother Katarina Rostova in “Nachalo,” Liz forgave Red and seemed open to hearing his final request. The season 8 finale “Konets” put Liz and Red in a tough spot when Red asked Liz to kill him in order to show other blacklisters she’s a force to be reckoned with. Things quickly went awry when one of Townsend’s men shot Liz instead, leaving her to bleed out on the sidewalk.

We don’t yet know if Liz is dead for sure but Boone publically revealed exiting the show. Without Liz, Red’s motivation will likely change in the season to come. Writers might take the opportunity to use the time jump again but doing so comes with a new set of issues.

If it’s a major leap in time, what does that mean for Red’s mysterious illness? For a couple of seasons, we’ve watched an elusive spy’s health deteriorate. Dembe mentioned in the finale that Red is “getting better” in the finale, but what does that mean exactly? If he’s as sick as we’ve been led to believe, a time jump would lead us to a very ill Red.

Another reason this move can’t work has to do with Agnes — Liz’s daughter. Many shows have utilized aging up a young star for the sake of the story but if it’s too far in the future, everyone would have to age. Would a wanted criminal like Raymond Reddington really be chasing bad guys 20 years down the road? Sure, it’s possible but for the argument of keeping The Blacklist interesting, it won’t work.

There’s one reason jumping ahead could work

One way to make season 9 work while manipulating time is to only jump ahead a few months to a year. It’s enough time to allow the characters to grieve but not so much time things stop making sense. Fans on Reddit seem to agree.

“Only so that at least The Task Force & Red & Dembe can have some form of “moving on” & getting over it off-camera & we don’t see whatever weird phase they go through. Park would probably not be as affected as the rest since she was nowhere near as close to Liz. But yeah skip over the phases most of these characters will go through,” one fan said on Reddit.

“The Time Jump is more about not letting the show get bad with the grieving process. That can all happen off-camera & a new big bad shows up that can probably be going after Agnes because of something Liz did during her traveling adventures & they all unite & yada yada,” another said.

We’re interested to see how the season plays out — especially how Red moves forward after losing his biggest adversary of the series.