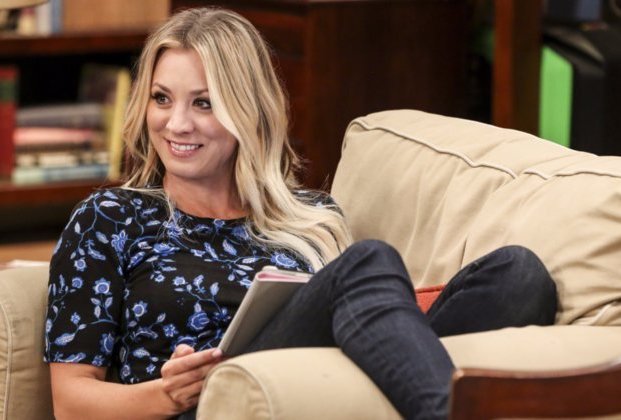 The Big Bang Theory‘s May 16 finale will refrain from solving a lingering mystery involving the character of Penny — and portrayer Kaley Cuoco is totally on board with the intentional oversight. We’re referring, of course, to Penny’s elusive maiden name.

Appearing at the CBS sitcom’s wrap party last week, Cuoco told TVLine that she fully supports Big Bang producers’ decision not to reveal the moniker. “I kind of love it,” the actress confessed with a smile. “So many things are revealed in the last few episodes; you get a lot of satisfying moments. But I kind of love that [we’ll never know her last name].”

As chronicled in Cuoco’s Instagram feed last Tuesday, all seven Big Bang series regulars shared an extended (and off-camera) hug toward the end of taping the final episode. Per Cuoco, the spontaneous display of affection was triggered by “the intense realization” that “it was our last group scene together… And we all said, ‘Oh my God’ and then we huddled in and looked at each other and [exchanged] ‘I love you[s], like, a million times.’”

Also in the above video interview, Cuoco reveals under what circumstances she would play Penny again (hint: it involves a phone call from a certain someone).

The Big Bang Theory finale airs Thursday, May 16 on CBS.