The Batman only teased The Joker at the end of the movie. Originally, however, The Joker had a bit more to do in the movie. Fans saw the deleted Joker scene previously. Additionally, director Matt Reeves explains the unique medical condition that contributes to his look.

[Warning: This article contains spoilers for The Batman.]

Now you can see The Joker scene on the 4K UHD and Blu-ray editions of The Batman. In a commentary on the scene, Reeves addresses how Barry Keoghan’s Joker came to be in Gotham City.

Who was The Joker in ‘The Batman’?

In the scene in The Batman, Keoghan’s Joker is sitting in a cell near The Riddler (Pau Dano). The credits call him The Unseen Prisoner, as the script called him because he’s not quite The Joker yet. But, he’d already done something to warrant Batman (Robert Pattinson) capturing him and committing him to Arkham Asylum.

“Here, we have a version of this character who is not yet The Joker but is going to become The Joker,” Reeves said. “So something happened that first year and they have a connection right from the beginning. I wanted this version of the character to go all the way back to the original Bob Kane/Bill Finger inspiration, which is Conrad Veidt in the silent film The Man Who Laughs. It’s a Phantom of the Opera story and his face is locked in a permanent smile because he has a degenerative disease.”

Reeves referred to a specific medical condition for Keoghan’s Joker. John Merrick had Proteus Syndrome causing abnormal growth of his head. Merrick was the subject of The Elephant Man. Reeves and makeup artist Mike Marino gave Keoghan a Joker smile as a symptom of that condition. 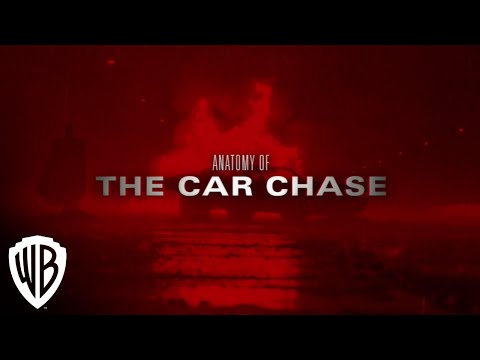 “What Mike Marino and I talked about was kind of like The Elephant Man,” Reeves said. “There are all these iterations of The Joker. There, of course, is the classic version he fell into a vat of chemicals. There’s what Nolan did with the knife scars. What I was interested in was this notion that The Joker would’ve been marked from childhood. In his case, from birth because he had this affliction that was like the Elephant Man where he has this degenerative disease. And he has this horrifying smile that’s been plastered on his face.”

This Joker became the opposite of The Elephant Man

The Elephant Man showed how people abused Merrick because of his appearance. Yet he maintained a positive view of the world. The Batman Joker would be the opposite.

His whole worldview has been formed by the world looking at him like he was a terrifying freak since he was a child. Instead of the legend of John Merrick who was supposedly a very soulful beautiful person behind the exterior that frightened people, here the idea would be that his exterior would form the interior and that he would have a very dark view of humanity. And also would be used to people looking at him in a way that he felt that he could start to get inside of their brains. He sort of has you at his mercy because you’re frightened just to look at him. And he’s used to that. He has no real belief in the goodness of people but instead has a kind of insidious psychological understanding of the way people respond.