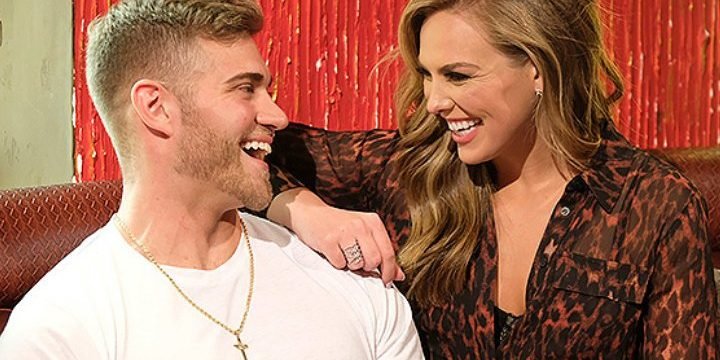 In their first group date of the current season of the ABC show, the men are asked to strutt their stuff in speedos and compete in a talent competition since the leading lady is a pageant girl.

AceShowbiz –Hannah Brown‘s season of “The Bachelorette” returned on Monday, May 20. The Bachelorette had her first dates in the new episode with Grant, Luke S., Mike, Jed, Jonathan, John Paul Jones, Dylan and Luke P. among those who went for a group date.

The men were strutting their stuff in speedos and competing in a talent competition since Hannah was a pageant girl. While Luke P. had an impressive six-pack, Jed awed everyone with his vocals. Luke P., however, didn’t let anyone outshine him so he grabbed the mic and told Hannah that he was already falling in love with her. That worked since he was voted the winner of the pageant.

At the after-party, Hannah confronted Luke about whether or not he was being sincere with his words earlier. He told her that he was “100 percent serious,” and Hannah told him that she believed him. Mike, however, thought that Luke was moving too fast. When everyone thought Hannah would give the group date rose to Luke, she gave it to Jed because he “stood out” the most to her.

For the first one-on-one date, Hannah had it with Tyler G. They went to have a helicopter ride before following it up with some four-wheeling to take Hannah back to her roots. Hannah wanted Tyler to be open and honest on the date, and they bonded quite well. Almost unsurprisingly, Tyler received a rose at the end of the date.

Devin, Matteo, Daron, Connor J., Kevin, Dustin, Tyler C., Joey, Peter and Garrett then were up for the next group date. Cam was upset because he wasn’t chosen and he decided to crash the group date at the after-party. He arrived with flowers, pissing off other men.

In his defense, Cam said that he wanted to make a bold move but Tyler C. wasn’t having it. He confronted Cam about the interruption which made some of the men not get one-on-one time with Hannah. Eventually, Hannah presented the group date rose to Dustin, who got injured during the roller derby.

Hannah got emotional at the cocktail party as she shared that she was afraid of making bad decision at this rose ceremony. Cam tried to get more time with Hannah which further irritated the others. He had some tension with Kevin after the latter confronted him.

Luke P. and Hannah then got pretty physical as they spent one-on-one time in a private room. Jed walked in on them which was awkward, but he assured Hannah that he was fine.

Earlier steamy session wasn’t the last time for Luke P. and Hannah. The two had another steamy makeout session after the rose ceremony.