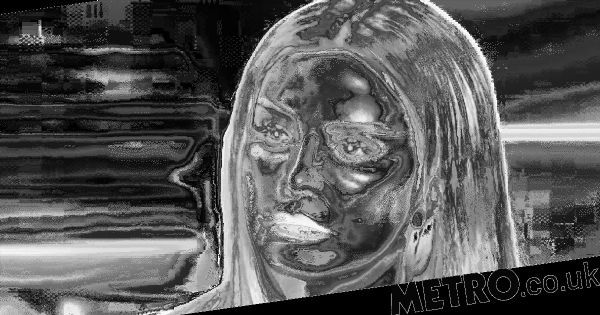 Katie Price has admitted that she looks like a ‘space invader’ after having a ‘non-surgical facial’ while mum Amy has slammed plastic surgery.

Joining Piers Morgan and Susanna Reid on Good Morning Britain, the glamour model revealed that she went under the knife less than a fortnight ago for a variety of procedures.

’10 days ago I had liposuction,’ Katie began. ‘And then I had my own fat put into my bum, you can call it a Brazilian bum lift but I haven’t had implants and I haven’t gone that big.’

‘What have you had done to your face, Katie?’ asked Susanna.

Katie replied: ‘So my face, the face that looks like a space invader at the moment because it’s still really swollen, I do look a bit different.

‘I had my own fat put under my eyes because they didn’t want to cut my eyes. As you get older you do get wrinkles around there.

‘Then here at the side, I just had it lifted.’

Katie, who has had 16 different cosmetic procedures over the last 21 years, added that she believes she’s ‘calmed down’ on the surgery front.

‘If you look back at pictures I looked like a duck. I had my lips done and I looked horrific then,’ she said.  ‘The thing is now, I don’t like that look.’

Katie’s mum Amy joined the show via a live link, revealing that she doesn’t like surgery.

‘When you get older you realise that you don’t actually need it as such,’ she said. ‘You have to be happy as yourself as you are.

Amy went on to reveal how Katie goes about telling her mum her next cosmetic plans.

‘She gives me a little hint and I go to her, “Don’t you dare go and get anything done because you don’t need it, you’re beautiful the way you are,”‘ Amy said.

MORE: Peter Andre steps up attempts to crack America with US deal as ex Katie Price recovers from recent struggles