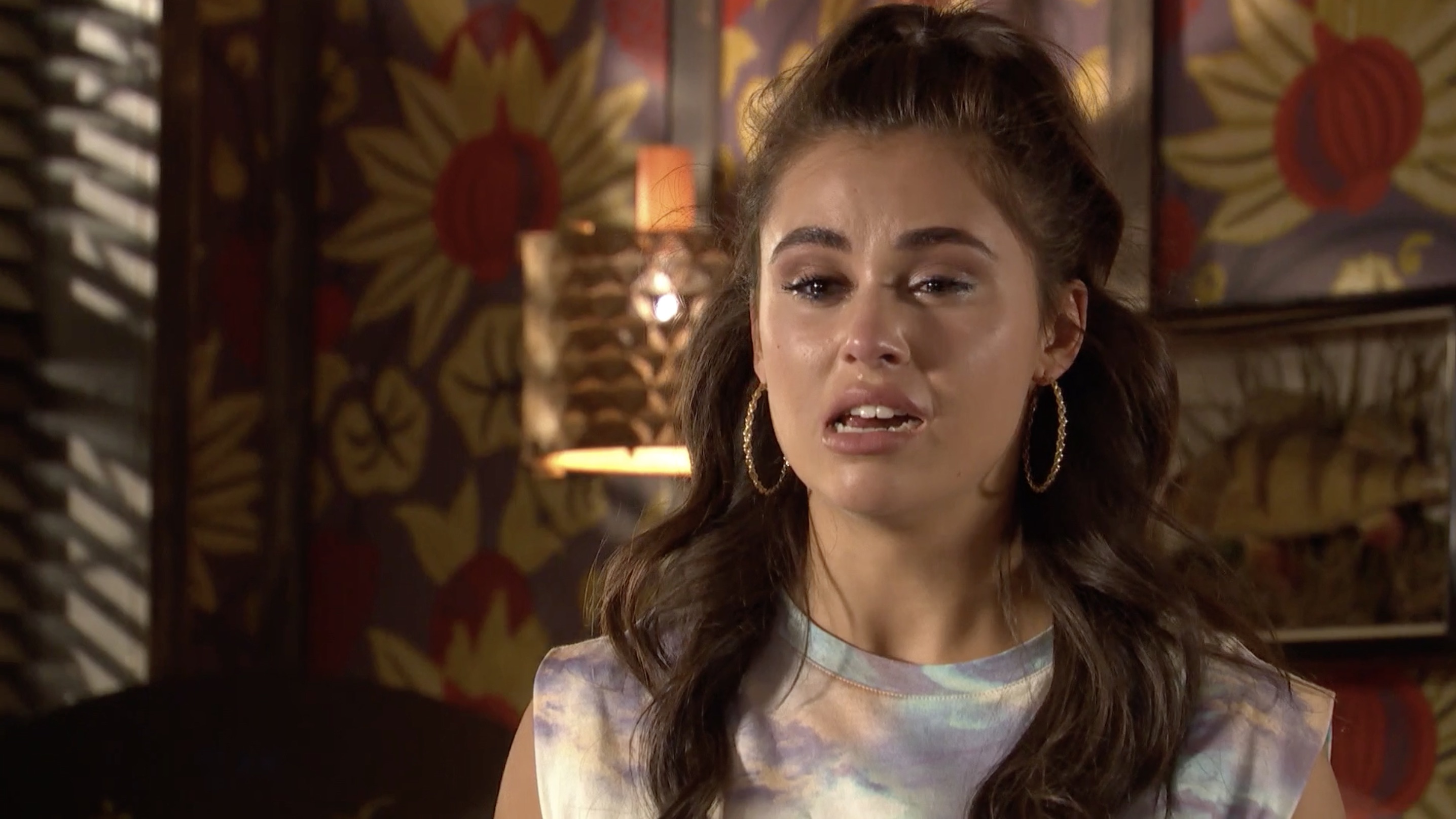 Viewers will know that the former influencer gaslighted stepmum Mercedes (Jennifer Metcalfe), and subsequently tried to poison her!

Her plan, however, went awry as Sylver (David Tag) ended up drinking the poisoned punch. Cher came to realise the error of her ways, but it was too little too late, as Mercedes evicted her from the family!

She’s been staying at Tom Cunningham (Ellis Hollins) and Yazz Maalik’s (Haeisha Mistry) home, but she starts to feel like she’s overstayed her welcome, after hearing a conversation between the two.

In order to get out of their hair, Cher tells Tom and Yazz that Sylver has forgiven her, and thus she’s moving back to The Dog.

Is she telling the truth? That would appear to be a no.

After departing the Cunningham home, she heads to see Sylver, but Timmy Simons (Sam Tutty) relays some devastating news. Romeo Nightingale (Owen Warner), meanwhile, offers to put Cher up, and dishes out some advice about how best to move forward.

Cher, however, misinterprets the situation as Romeo wanting her back, and an awkward moment ensues.

The former barmaid then shares a moment with Sid Sumner (Billy Price) in which both characters open up about feeling alone, and after being rejected by her family and friends, she attempts to break into The Loft.

Her plain fails, and things take a dangerous turn when she’s got nowhere left to go.

Sylver, meanwhile, contemplates giving Cher another chance, but he’s forced to make a decision when Bobby shows him one of her tweets which appears to be a cry for help.

Will Cher contemplate taking her own life? Will Sylver find her before it’s too late?

Later, Sylver is riddled with guilt, but what has transpired? Mercedes offers a shoulder to cry on, while the identity of Cher’s online pal ‘Jade’ is finally revealed.

But just who is it?