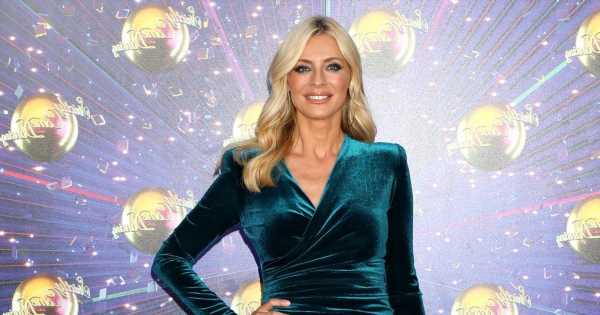 Model and presenter Tess Daley is known for being the host of popular BBC programme Strictly Come Dancing, which she has been a part of since the show began in 2004.

Daley, 52, is married to fellow presenter Vernon Kay and started her career as a model, after she was talent scouted in her home town of Manchester.

She modelled for brands across the world, before moving into a career presenting programmes including Strictly and hosting events including Children in Need.

But did you know that she also starred in two music videos with pop superstars Duran Duran in the early nineties?

In 1990, Daley starred in the music video for Duran Duran's single Serious, from their album Liberty.

In the music video, Daley can be seen in a variety of stunning looks including little black dresses, and can also be seen singing along to Serious, behind members including Nick Rhodes.

She also appeared in the music video for Duran Duran's single The Violence of Summer (Love's taking over).

This isn't the only time however that famous supermodels have featured in the band's music videos.

Following the release of their album All you need is now in 2010, supermodels including Naomi Campbell, Cindy Crawford, Eva Herzigova, Helena Christensen and Simon Le Bon's wife, Yasmin Le Bon starred in the music video for the band's single, the catchy Girl Panic.

The nine-minute, stylish video, was filmed at the Savoy Hotel in London on June 6 2011, and featured the supermodels playing the band.

Duran Duran play a variety of roles in the video including reporters, interviewing the supermodels who each take on a role as each member of the band, including Cindy Crawford as John Taylor and Naomi Campbell as Simon Le Bon.

The supermodels are featured throughout the video in a variety of stunning outfits, including tailored suits at the end when they perform the song.

The Girl Panic video also briefly features clips from some of the band's famous music videos including Rio, Girls on Film and Notorious.

2021 marks 40 years since the release of Duran Duran's self-titled debut album, which propelled the Birmingham band to fame across the world.

On October 22 2021, the band will release their new album Future Past.