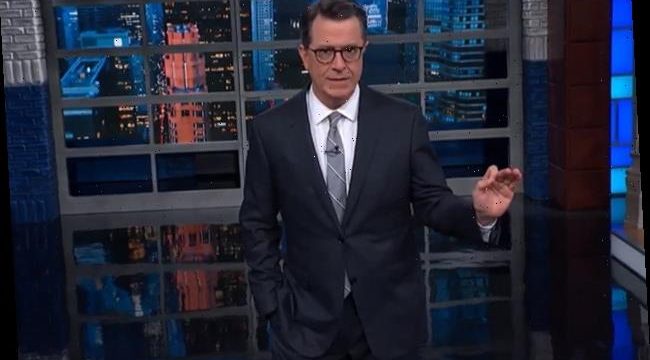 [Watch the video below]

“Wow. The Trump administration, they’re like a couple who doesn’t coordinate their lie before leaving a party,” Colbert quipped, before imitating an imaginary couple. “‘Well, we gotta head out. Babysitter called. What’s that? My wife said our embassies are under threat? Yes. They were threatened by the babysitter. She’s a maniac.’”

Colbert then read a tweet from this morning, when Trump insisted he and Esper are on the same page. Trump claimed the “fake news media” and Democrats are to blame for the confusion.

Problem is, Trump mixed up eminent and imminent, prompting Colbert to pounce.

“Donald Trump is the most imminent example of a man who doesn’t know how to spell imminent,” the comedian said to laughter.