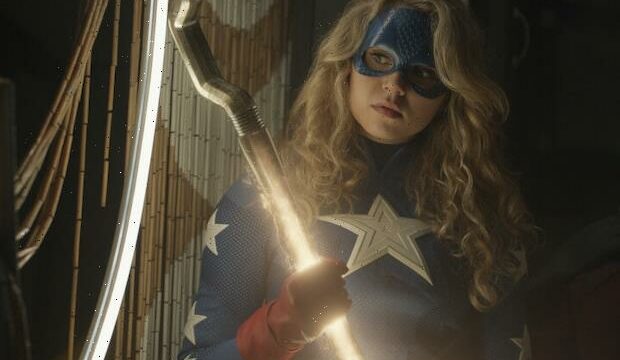 The sad news? The Season 4 storyline would have been no less than “insane”-ly good.

In a new clip (above) from the next episode of the Wayne Ayers Podcast (going out Wednesday, Nov. 16), Bassinger says that with so many changes going on at The CW and Warner Bros. Discovery, Stargirl showrunner Geoff Johns “went the extra mile and shot two different endings” for the finale, which was filmed in mid-March and airs Dec. 7, “because he did not want to leave the fans with all these question marks.”

Bassinger says that the unused, cliffhanger-y ending might wind up on a DVD set, and while she hopes that is the case, she warns “it will make people sad because the fourth-season idea was insane. Like, it would have been epic. And I actually believe that’s why it took so long for us to officially get the cancellation news, because Geoff came in with such a wonderful idea…. But it wasn’t meant to be.”

Bassinger shared in a previous podcast excerpt that she “found out in May that Stargirl might not be picked up for a fourth season,” nearly two months after filming on Season 3 wrapped. “I was actually flying to an event for Stargirl when I got the news. But that being said, it wasn’t for sure.”

Want scoop on Stargirl, or for any other show? Email [email protected] and your question may be answered via Matt’s Inside Line.