Star Wars may have pushed boundaries in the movie world, but architect Nicolas Chican wants to do something similar with the cinematic experience. As co-founder of the Ōma Cinema, he has been part of a revolutionary design to allow cinema-goers to feel like they are a part of the viewing experience in a new way. Some fans, however, have dubbed the cinema as a lookalike for the Galactic Senate in the sci-fi movie franchise.

Concept images of the Ōma Cinema, which have recently been released, have gone viral for their likeness to the Galactic Senate of the Star Wars universe.

The senate is seen in the prequel movies in the Star Wars canon: The Phantom Menace, Attack of the Clones and the Revenge of the Sith, and features floating pods from which senators would vote and give their views.

It is most famous, likely, as the setting for Yoda and Emperor Palpatine’s extraordinary lightsaber fight in Revenge of the Sith, with the floating pods being used as platforms for their acrobatics.

Sci-fi fans believe the Ōma Cinema has clearly been designed with the senate in mind, so Express.co.uk exclusively spoke to Nicolas to get to the bottom of it. 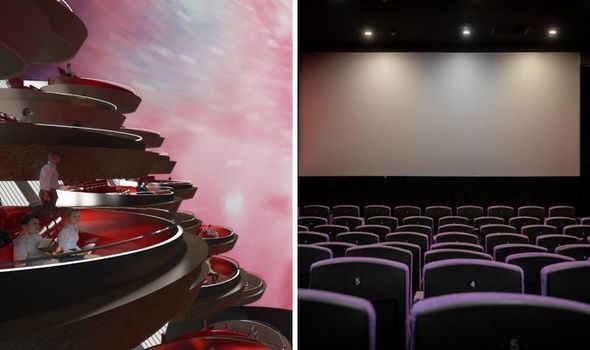 Nicolas said: “At no time did we think of the Galactic Senate when we designed the room.

“We are actually a little surprised that so many people compare the look of the Ōma Cinema with the Star Wars Senate.

“For us, the Ōma Cinema design is closer to the pods you can find in opera houses and boxes in traditional theatres. 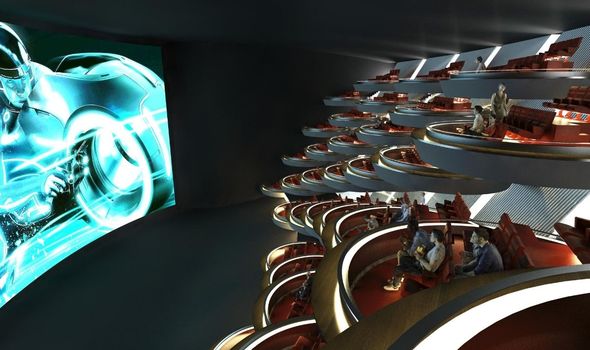 So it turns out this was not an inspiration, however there was clear meaning and decision-making behind each of the design aspects of the Ōma Cinema, which was designed by Nicolas and his father, Pierre.

Nicolas continued: “The idea of these hanging balconies came from a desire to bring the spectators closer to the screen.

“As we could not increase the traditional slope of tiers due to accessibility standards, Pierre decided to divide the room into several pods.” 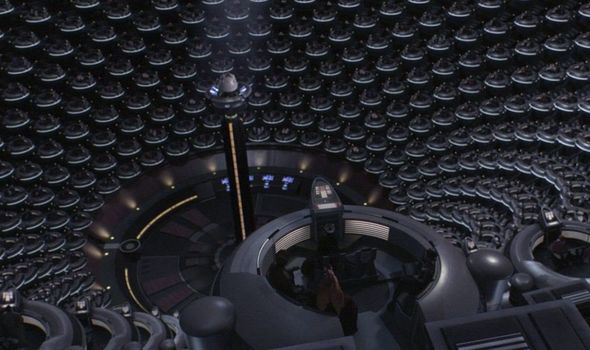 Nicolas said: “At the beginning of this project, we wanted to bring the cinemagoer something really different when it comes to the viewing experience.

“When people go to the cinema, they usually choose the movie first and go to the movie theatre closest to their home or place of work because they usually rightly believe that their experience will be more or less the same regardless of the venue….

“It was this thinking around wanting to evolve what the cinema can offer over and above what people can get from a home viewing experience which really fuelled the concept of the Ōma.”

According to Nicolas, there has been little innovation in the way cinemas have been designed since the 1970s, with new cinemas even being built to look the same as those from 50 years previously. 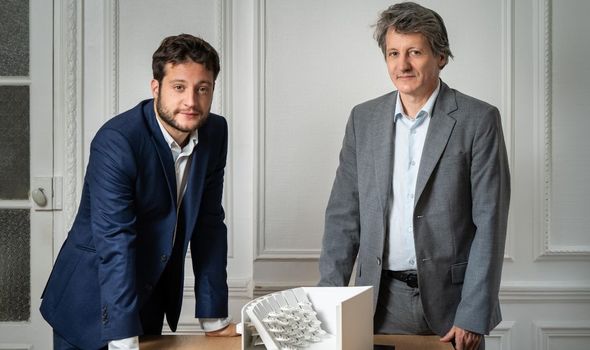 Of course, with COVID-19 forcing cinemas to change their design for social distancing, the Ōma Cinema inadvertently allows for this space, despite their concept being designed two years ago.

Pierre, Nicolas’ father, began researching and considering the concept more than 30 years ago, and two years ago the final concept was finalised and international patents applied for, all of which have now been granted, and the cinema construction is underway.

For Nicolas, this labour of love can not come soon enough, and he is excited about what the design prospect will allow for cinema-goers.

He added: “By completely changing the way the seats are placed in front of the screen, Ōma is offering a truly unique experience where every seat in the house is the best seat in the house.

“The Ōma cinematic experience is breath-taking. Ōma provides at the same time the intimacy of being seated in a small pod with a limited number of seats and the immersion of being literally in front of the screen.

“Indeed, Ōma architecture is using the full height of the screen by increasing the slope compared to a standard cinema.

“So the spectators will have an impression of floating in levitation inside the room in front of the screen.”

While Star Wars may not be the inspiration, fans will certainly like to see whatever movie takes their fancy in an auditorium such as this.

The Ōma Cinema is currently under construction in Paris, France 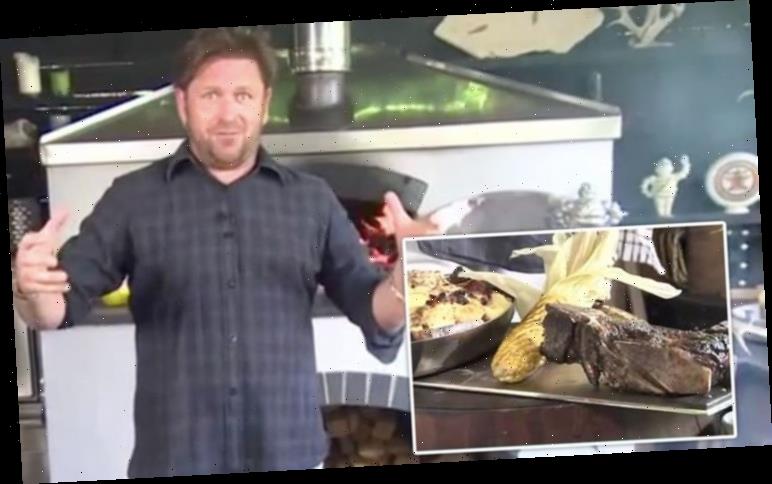