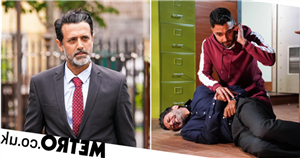 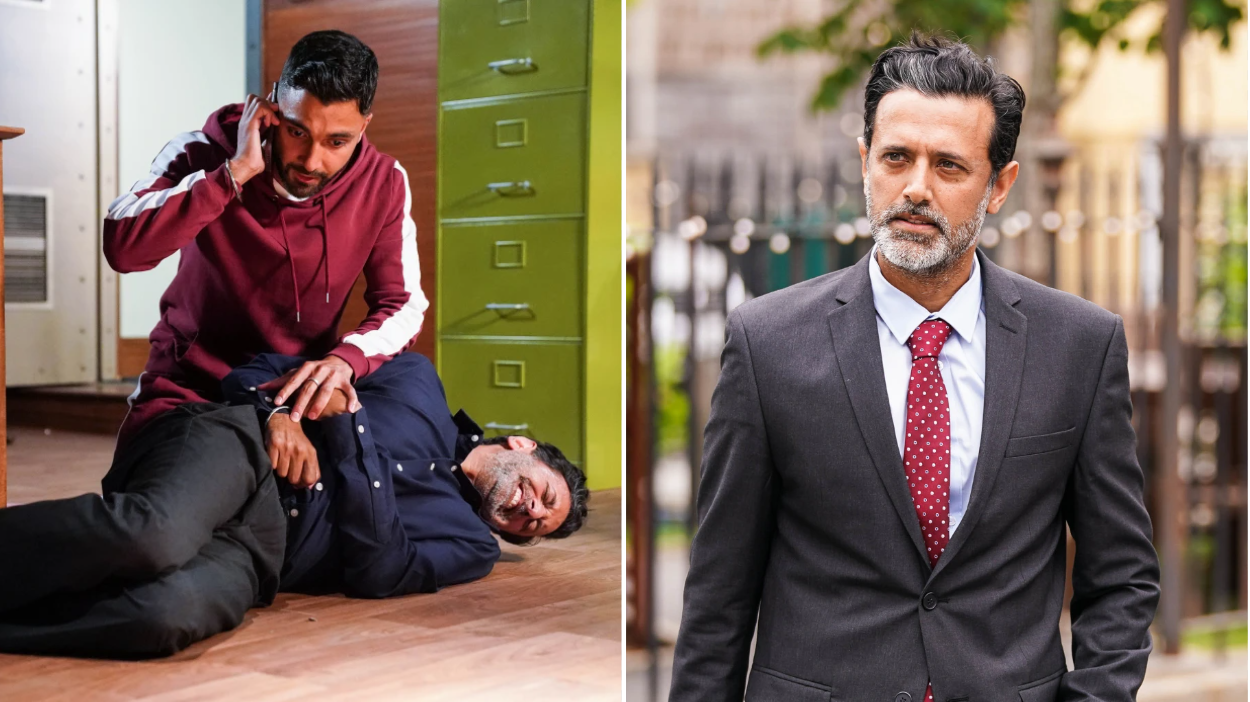 Tense is the word to describe the current atmosphere surrounding the Panesar family in EastEnders – and things have just been made so much worse now Nish (Navin Chowdhry) is in Walford.

Former head of the family Mr Panesar recently returned from a lengthy stint in prison and is already causing trouble.

Last week, we discovered a bit more about Nish’s time behind bars, learning that he had killed Suki’s (Balvinder Sopal) friend during an explosive rage and after, proceeded with controlling and abusing her.

It became clear that this was what had shaped Suki into the hardened woman we have seen at the head of the family; one who has caused heartache with confrontations and harsh behaviour.

Suki told Kheerat (Jaz Deol) all of this and made him promise not to tell anyone, which made for an awkward environment when the rest of the family returned.

With Suki currently in Mumbai, tonight’s episode focused more on Nish’s relationships with his children.

It was safe to say Vinny (Shiv Jalota) wanted to continuing supporting his dad, but the same couldn’t be said for Kheerat and Ash (Gurlaine Kaur Garcha).

After a run of awkward incidents, Nish then had a confrontation with his son – something Navin has already hinted at getting a lot worse.

On his own, Nish collapsed to the floor and tomorrow, Vinny finds him.

As Vinny calls for help, how will this latest twist impact the Panesar children?

When it comes to Kheerat, the answer is probably ‘very badly’, as actor Navin Chowdhry explained:

‘He is desperate to rebuild the life that he lost through his own actions, but Nish blames everybody but himself.’

‘Nish says to Ash (Gurlaine Kaur Garcha) that at a young age, Kheerat had to become the head of the family and a father figure for the other children,’ Navin told us.

‘Nish readily admits Kheerat took on that responsibility which, rightfully, he cannot relinquish now his dad is out. But if Nish can’t win Kheerat over, he’ll get him out of the way. If anybody stands in Nish’s way, they do not stand a chance.’

‘And with that comes conflict with Kheerat and Suki. Nish is coming out as a man on a mission to reclaim what he believes is rightfully his.’