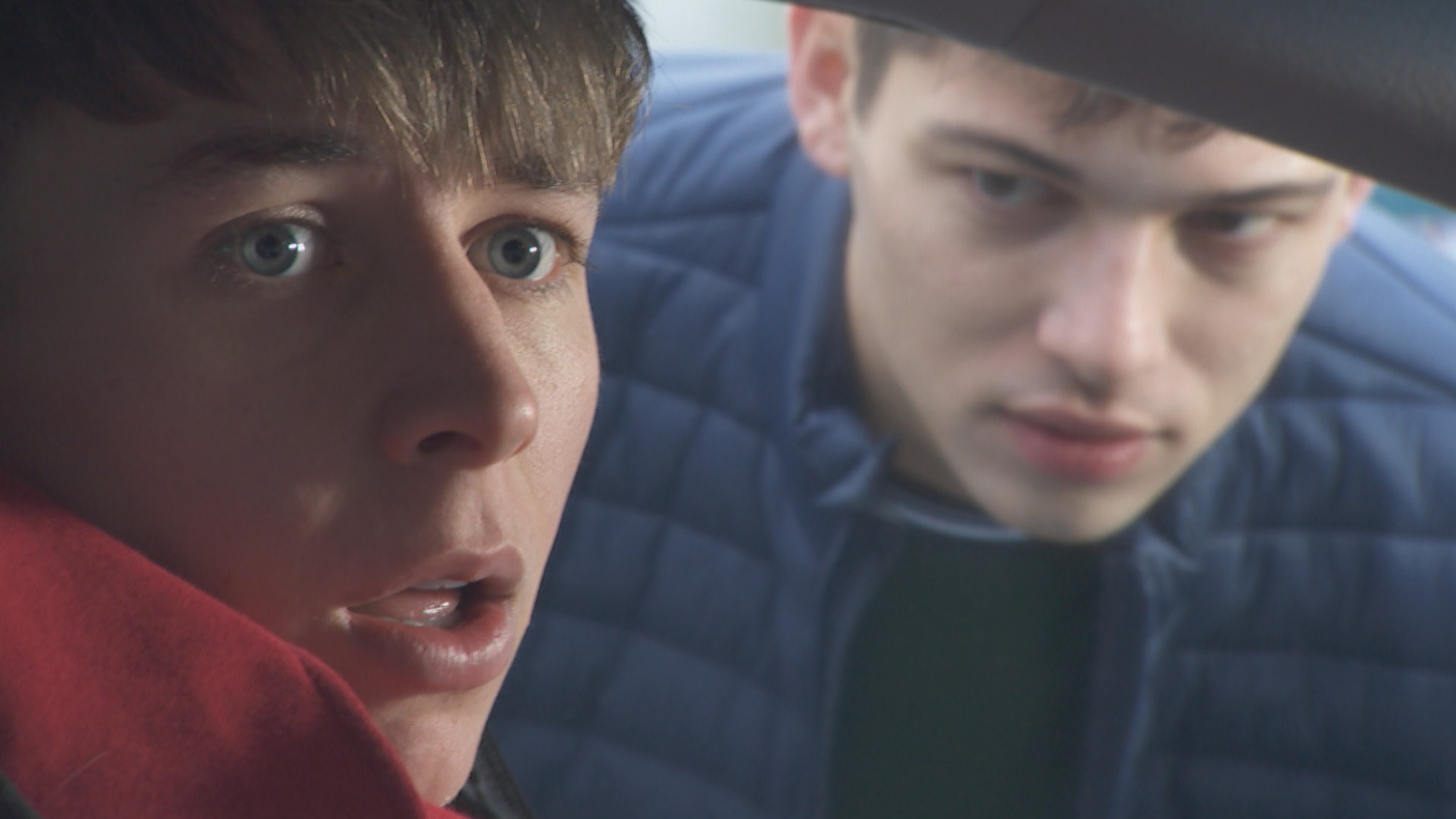 Victor Brothers (Benjamin O’Mahony) gets wind of Sid Sumner’s (Billy Price) plot to expose him in Hollyoaks, but with Ollie Morgan (Gabriel Clark) finding out what his mate is up to, is it he who ultimately betrays Sid?

Sid is determined to expose Victor in order to rescue Juliet Nightingale (Niamh Blackshaw) from a life behind bars, but Ste Hay (Kieron Richardson) reckons his plan is too dangerous, and tries to make him drop out.

He even asks James (Gregory Finnegan) for the cash in order to buy Sid out, but James and Sid ultimately come up with a plan of their own — only it’s a much more dangerous one!

Ste is livid when he finds out, and attempts to talk Sid out of it, having deemed it to be much of a risk.

Sid however is adamant that he’s doing this no matter what, and he’s given the perfect opportunity to do so when he’s later left alone in Victor’s car.

Having decided that it’s now or never, the young lad shakily plans a listening device in the vehicle, but Ollie catches him in the act.

Sid promises Ollie he’ll get him some drugs later if he goes away, and afterwards, he succeeds in getting Victor’s confession!

Sid finally has the evidence he needs, but little does he know that Victor has discovered he’s been betrayed.

Has Ollie reported Sid’s plan back to Victor? If so, his actions could’ve signed Sid’s death warrant, as Victor later turns up at the Lomaxes and smashes his way into the house — hellbent on revenge.