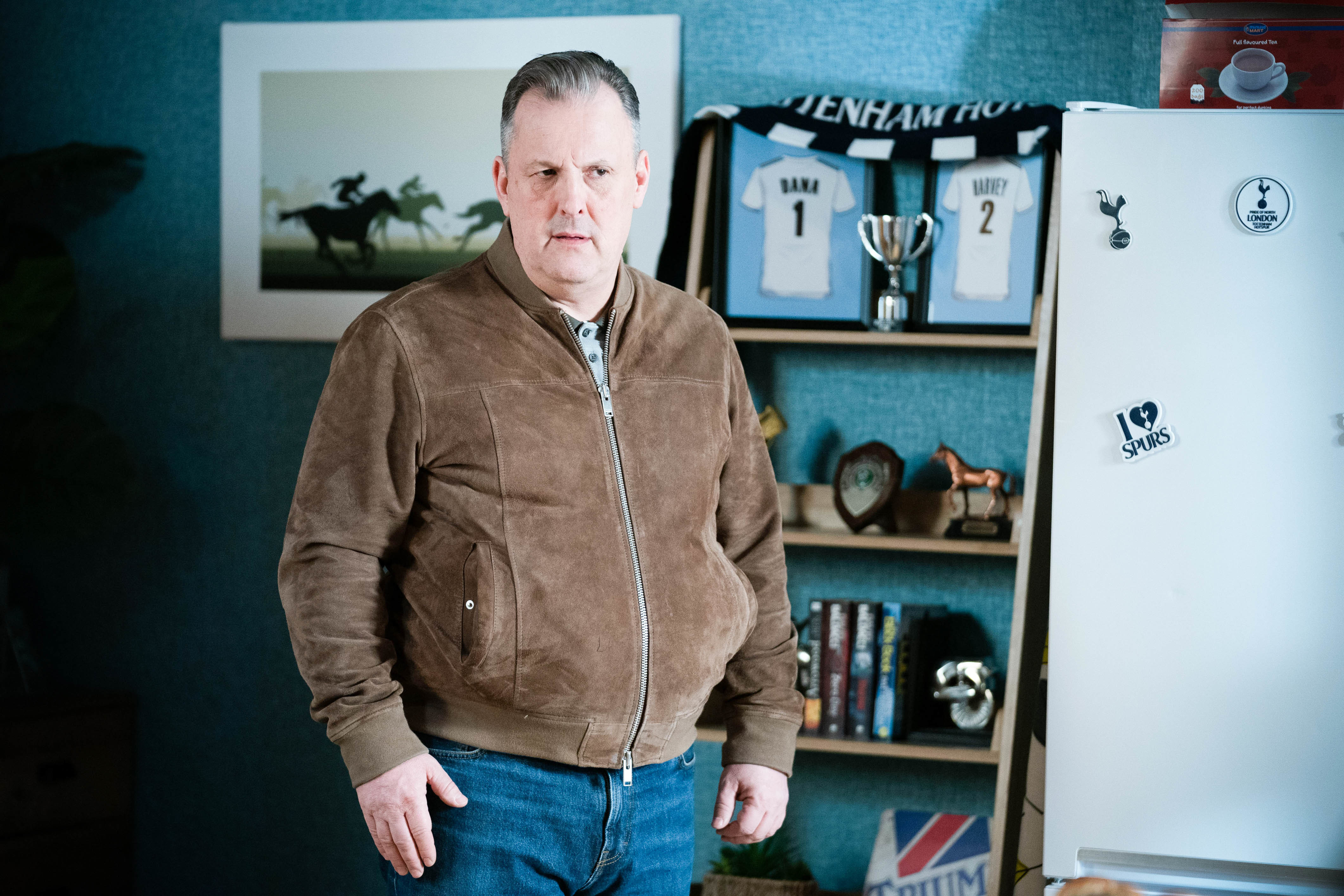 After Stacey (Lacey Turner) tried desperately to get help for Jean (Gillian Wright) in last week’s EastEnders, tonight it’s Harvey (Ross Boatman)’s turn to be concerned about his fiancée’s behaviour.

When he discovers how much Jean is spending on their wedding, Harvey loses his temper with her. He thinks they ought to be focusing on their move to Southend and finding a flat there. He tells Jean they should cancel everything to prioritise the move.

He confides in Mitch (Roger Griffiths) and Rocky (Brian Conley) that he’s worried about how much the wedding plans have taken over, but what he doesn’t know is that Jean is ignoring his pleas and is happily going ahead with the wedding arrangements – and her lavish wedding dress has arrived.

As Harvey finally has to start to accept that Jean is seriously ill, Ross Boatman told Metro.co.uk that he’s been trying to pretend that nothing is wrong for as long as possible – because he’s terrified that what he has with Jean could turn out not to be real. ‘Harvey’s not stupid but he wants to believe that everything’s okay and it’s everybody else that’s got it wrong. Because what does he have without Jean? It’s going to take an awful lot before the penny really drops. And when it does, it’ll be devastating.’

Speaking of devastating, elsewhere Kat (Jessie Wallace) is horrified when a smoke bomb is thrown into her house. Who could be behind it?