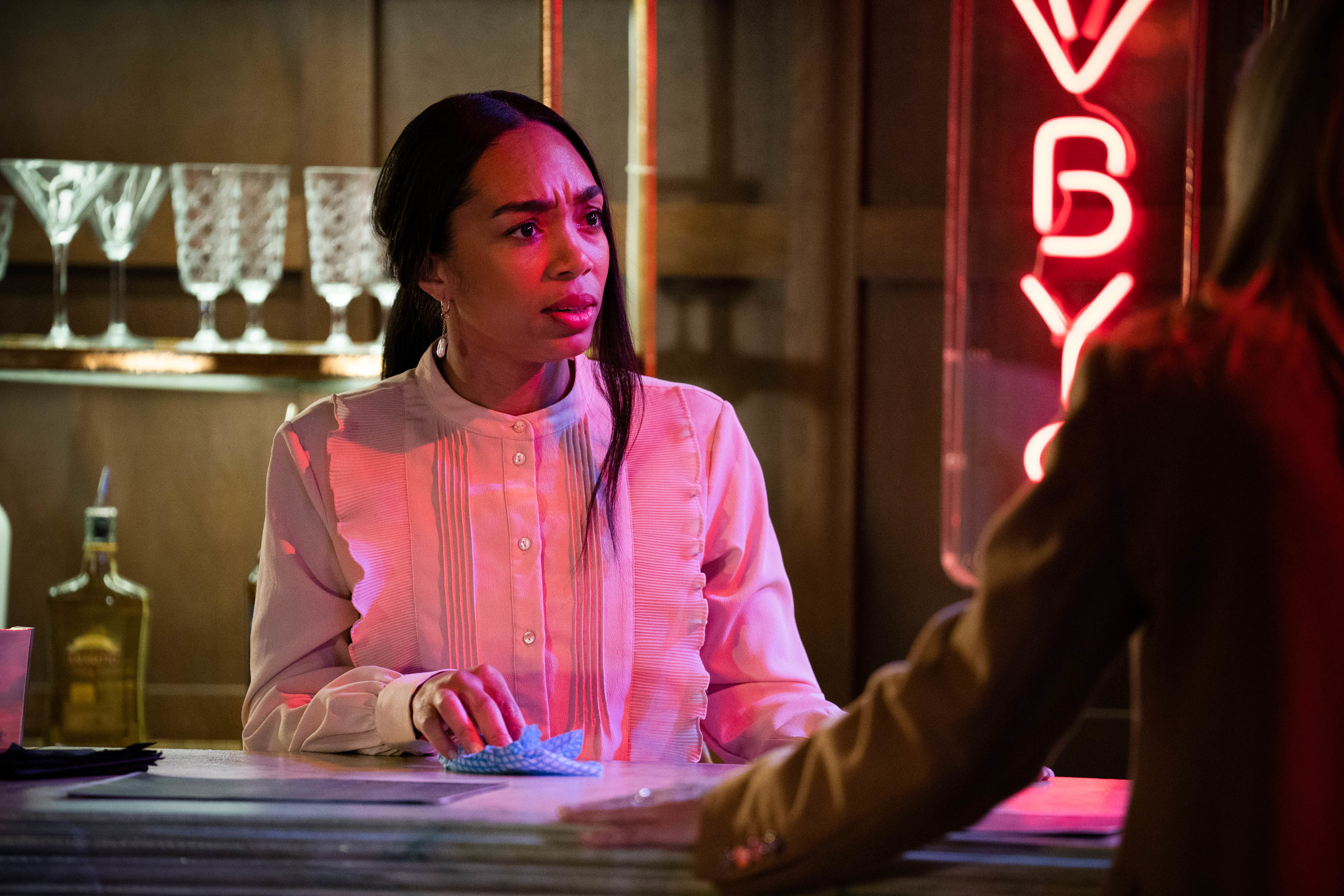 There are money troubles for Chelsea Fox (Zaraah Abrahams) in upcoming EastEnders episodes, as she starts to feel the pinch of trying to keep up the house she inherited from Gray.

Even with Whitney (Shona McGarty) living there, the large house is hugely expensive to run and the bills are mounting up.

Chelsea doesn’t feel that she can ask Denise (Diane Parish) for help with money, and it’s Jack (Scott Maslen) who discovers how cash-strapped she is when he catches her using their washing machine because she can’t afford to get her broken one fixed.

Jack is concerned that she’s struggling, especially because she has her son Jordan to look after, so he offers her some money.

Even after Jack has helped out, Chelsea still can’t make ends meet.

Jack is forced to tell her that he can’t afford to give her any more money, but he comes up with a suggestion. With several spare rooms in her house, she should consider getting some lodgers in to help pay the bills.

Zaraah Abrahams has teased that this option could lead to some interesting storylines: ‘The most obvious solution is to get flatmates. They’re going to rent out the rooms, and it might get messy between some of the characters,’ she said back in August.

In the same interview she said she’d like to see Chelsea in a new relationship.

Could one of the new flatmates also be a new romance for her?