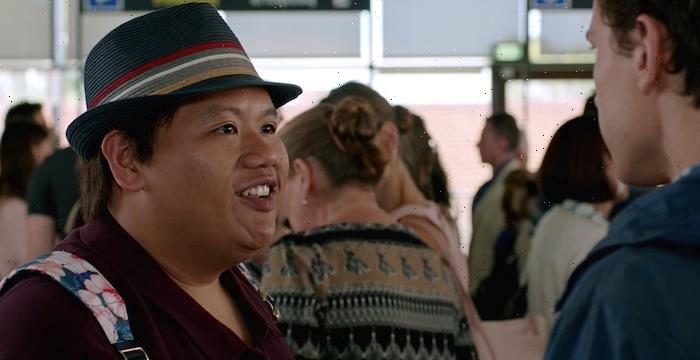 Spider-Man’s best friend is about to go batty, but not in the way you might think. There’s no Batman here, just the undead.

Jacob Batalon, known for his role as Lego Death Star builder and “guy in the chair” Ned Leeds in Spider-Man: Homecoming and Spider-Man: Far from Home, will play the title role in Reginald the Vampire on Syfy.

Deadline reports that Batalon will lead Reginald the Vampire, which has flown straight to series with a 10-episode order. If you’re a fan of What We Do in the Shadows on FX (and really, who isn’t), this Syfy series might be right up your alley. It’s a dramedy based on the book series Fat Vampire by Johnny B. Truant.

Harley Peyton will steer Reginald the Vampire‘s adventures as showrunner. Here’s the synopsis:

The series is set in a world populated by beautiful, fit and vain vampires. Reginald Baskin (Batalon) tumbles headlong into it as an unlikely hero who will have to navigate every kind of obstacle – the girl he loves but can’t be with, a bully manager at work and the vampire chieftain who wants him dead. Fortunately, Reginald discovers he has a few unrecognized powers of his own. A new show with a lot of heart and just enough blood, Reginald the Vampire proves the undead life is just as complicated as life itself.

In case you were wondering, yes, my sources — Google, freely available to anyone — tell me that Johnny B. Truant is a pen name. Speaking as someone who once wrote an anonymous article for his high school newspaper entitled, “Diary of a Truant” (all these years later, I’m finally unmasking myself publically), I greatly appreciate how the Fat Vampire author’s pseudonym makes him sound like an escaped student from Midtown School of Science and Technology.

Midtown, you may remember, is the school Peter Parker and Ned Leeds attend in the Spider-Man movies. The real question: is Johnny B. Truant advocating truancy? Or is he just a fan of the “Johnny B. Goode” scene in Back to the Future (which is classic, but, let’s face it, rather regressively asks us to believe that a time-traveling white kid was responsible for Chuck Berry’s success and, by extension, all of rock ‘n’ roll)?

The interesting thing about Reginald, the book character, is that he is a treadmill salesman with a weight problem. Becoming a vampire means that he’s gifted with healing powers yet fated to revert back to his overweight self. This might be fertile ground for an exploration of self-acceptance. Fat Vampire is a title with a whiff of fat-shaming to it, so Reginald the Vampire already has a leg up on the books in that it’s aiming for broader, more inclusive appeal even among plus-sized folks.

Incidentally, the high school senior who wrote that “Diary of Truant” article weighed 162 pounds. As a sophomore, he weighed 262 pounds, and as an adult, his weight has continued fluctuating wildly.

Ten thousand steps a day keeps the doctor away, and I’m eager to check out Reginald the Vampire when it hits Syfy.