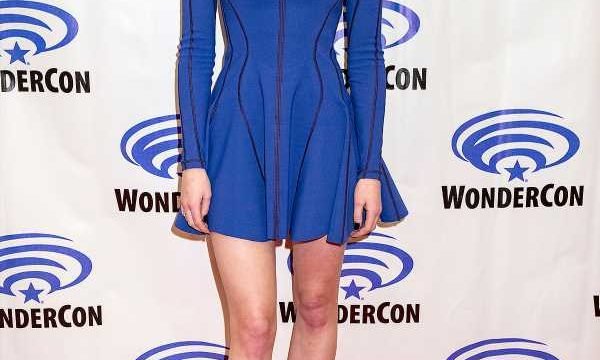 Sophie Turner is up for playing Sansa Stark once again — just give her 20 years.

After 10 years and eight seasons, Turner, 23, said goodbye to playing her beloved character when Game of Thrones aired its series finale on May 19, when audiences learned that the North will remain an independent state ruled by Sansa.

The actress spoke with PorterEdit about recently tying the knot with husband Joe Jonas and the show’s controversial ending.

“Maybe we should do a season nine?” Turner laughingly suggested after PorterEdit’s Jane Mulkerrins voiced her disappointment about Sansa and Tyrion Lannister not getting together in the end.

“In 20 years, when I’m old and haggard and out of work, I’ll definitely be up for a season nine,”  she joked.

Although Turner loved playing Sansa for a decade of her life, she’s ready to leave that chapter in the past.

Turner, who has been busy promoting her new film, X-Men: Dark Phoenix, recently admitted that her days playing Sansa are over for good.

“I think my watch has ended,” the X-Men: Dark Phoenix star quipped.

As to why Turner won’t wear Sansa’s crown again, the actress is “happy” with how her Thrones character’s arc ended.

“I just think, you know, it’s been 10 years of my life and the best 10 years of my life by far, and I finished in a very happy place with Sansa, and it’s time to let her go,” she said. “I feel like if I played her again it would just be more trauma.”

Ahead of the long-awaited finale, Turner shared an emotional post to her Instagram, thanking her character and the show for the past decade together alongside photos of the cast from behind the scenes of filming.

Turner was cast as the eldest Stark sister when she was 13 years old. Like most of the cast, she grew up with her character, portraying Sansa during some of her most formative years.

“I grew up with you. I fell in love with you at 13 and now 10 years on.. at 23 I leave you behind,” continued Turner, who recently tied the knot with Joe Jonas. “But I will never leave behind what you’ve taught me.”