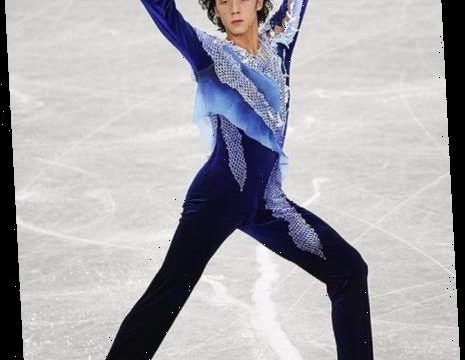 The two-time Olympian will compete on the 29th season of Dancing with the Stars. With any luck, Weir will become the fourth(!) Olympic skater to win the competition. Rippon became the first male figure skater to win the Mirrorball Trophy on Season 26 of the show, which featured all athletes. He was partnered with Jenna Johnson and the pair danced their way to the top — it was only Johnsons’s second season on the show and her first win! A two-time Olympian and the first American woman to land a triple axel in competition, Harding was banned from professional skating  in 1994 after her alleged involvement in an attack against rival skater Nancy Kerrigan.

But the former figure skater had a big year in 2018. She was the subject of the critically acclaimed I, Tonya and followed it up by competing in the 26th season of DWTS. The controversial skater, who proved herself a frontrunner in the first weeks of competition, finished in third place with partner Sasha Farber. Nagasu joined the all-athletes cast of the show for season 26. The then 25 year old was one of the youngest figure skaters to hold a national title and the first American female figure skater to land a triple Axel at the Olympics.

She competed with Alan Bersten, but was eliminated in week three of the competition. Davis, who is the proud winner of a gold, silver and bronze Olympic medals in ice dancing, also won the Mirrorball Trophy when she competed with Maksim Chmerkovskiy on Season 18.

The pair were quite the dynamic duo, delivering stunning performances and never scoring below an 8. No wonder they emerged as champions! White was Davis’ partner on the rink but rival in the ballroom. The ice dancer competed with Sharna Burgess on the same season as his Olympic partner, eventually finishing in fifth place. The 1976 Olympic gold medalist danced with Tristan MacManus in 2013, but was forced to withdraw from the competition early due to a back injury. The figure skater, who won gold at the 2010 Olympic Games, competed in the show’s 10th season alongside pro Anna Trebunskaya. He unfortunately didn’t strike gold again, but took home the proverbial silver, coming in second place in the competition. The first-ever figure skater to win the Mirrorball Trophy, Yamaguchi wowed the judges from the moment she hit the dance floor. The Olympic gold medalist competed with Mark Ballas. By the end of the competition, they were scoring perfect 10s across the board. The eight-time Olympic medalist took off his speed skates and put on some dancing shoes for the show’s fourth season.

Ohno returned to the ballroom for the show’s All-Star season, dancing alongside Karina Smirnoff, but the pair came in 5th place.