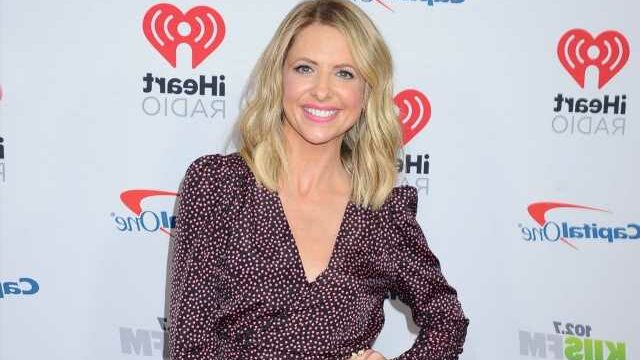 The ‘Buffy The Vampire Slayer’ actress announced the news of her joining the cast of the upcoming ‘Teen Wolf’ spinoff in a surprise appearance at San Diego Comic-Con.

AceShowbiz –Sarah Michelle Gellar is returning to TV. Having joined the cast of the upcoming “Teen Wolf” spinoff “Wolf Pack“, the “Buffy The Vampire Slayer” actress announced the news in a surprise appearance at San Diego Comic-Con on Thursday, July 21.

The wife of Freddie Prinze Jr., per reported by Entertainment Weekly, will play arson investigator Kristin Ramsey, who is on the hunt for the teenage arsonist responsible for starting a deadly wildfire in Los Angeles. The wildfires lead to the reawakening of a supernatural predator.

“Teen Wolf” creator Jeff Davis said, “Everyone knows that ‘Buffy the Vampire Slayer’ was a huge influence on ‘Teen Wolf’. So I always thought it would be amazing if we could bring Sarah Michelle Gellar back to a horror show.”

Gellar, who will also serve as executive producer on the show, said, “Everything these guys have been saying about family and the atmosphere of Jeff’s shows is really true. I hope you guys come join us!”

“Wolf Pack” will also star Armani Jackson as Everett, Bella Shepard as Blake, Chloe Rose Robertson as Luna, and Tyler Lawrence Gray as Harlan. It is based on the book series by Edo van Belkom, and follows four young teenagers who find themselves united by the bite of a werewolf.

Meanwhile, Gellar recently shared about her “tough” battle with COVID-19, with her symptoms made worse by her long history of asthma and lung issues. She wrote on Instagram, “I realize I’ve been really quiet on here, after two and a half years COVID finally got me. Thankfully I’m vaccinated and boosted.”

“But to those out there that say ‘it’s just a cold’… maybe for some lucky people it is. But for this (relatively) young fit person, who has struggled with asthma and lung issues her entire life, that is not my experience,” she added “Even with therapeutics and all my protocols it’s been tough. I know I’m on the road to recovery, but it’s certainly not been an easy road.”