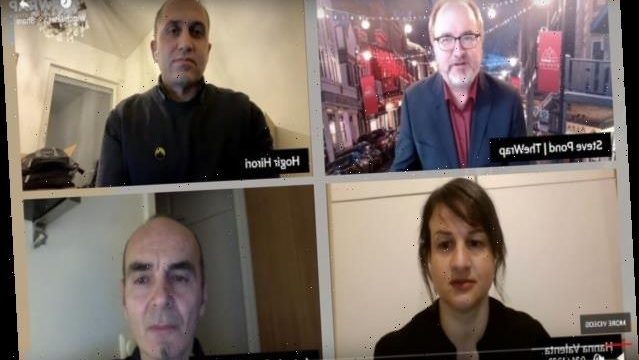 Sundance 2021: Documenting the rescue of Yazidi women enslaved by ISIS, Hogir Hirori often thought: “Should I be doing this, is it worth it?”

Hogir Hirori, director of “Sabaya,” a documentary from Sweden on the fight to rescue women and girls from ISIS slavery at a vast refugee camp on the Syrian side of the Syrian-Iraqi border, said he feared for his safety when he was working alone in the war-torn area.

“In many situations it was dangerous, when I thought: ‘Should I be doing this, is it worth it?’ ” he said.

In a conversation with moderator Steve Pond at TheWrap’s Sundance Studio, presented by NFP and National Geographic, Hirori said he had originally planned to do the documentary with his wife as a joint project. “But then as the war increased and the situation down there was getting worse with time, I decided it was not safe for the whole family to be there and film together.”

Speaking through translator Hannah Valenta,  Kurdish director Hirori said he has made several documentaries about the Yazidis (a Kurdish minority) and has been involved in their fate since they were attacked by ISIS in 2014, some kidnapped and some killed.

Hirori said for most of the shooting at the camp he went alone, although for the last of six trips he brought one assistant to avoid risking others’ lives. “The best thing was, I did it all myself,” said Hirogi, who also served writer 9from an idea by Lorin Ibrahim), cameraperson and editor on the film.

Hirori was joined on the panel by Antonio Russo Marenda, who co-produced the documentary with Hirori.  Marenda said his most difficult challenge was trying to raise money for the project while at the same time protecting the participants from harm.

“We needed to keep the project secret, we need to protect our main character,” Marenda said. “We couldn’t go around pitching the film to different financiers. It was quite a big dilemma.”

“They said go ahead, we will back the project until the very end,” Marenda said. “We were extremely lucky, we could guarantee the safety of our main characters and at the same time were able to complete the film.”

Watch the full interview above.

TheWrap’s Sundance Studio is sponsored by NFP and National Geographic.