RIHANNA is making a comeback to music, I can exclusively reveal – five long years since her last solo release.

The superstar singer, who some fans doubted would ever get behind a microphone again, is lining up a video shoot in LA. 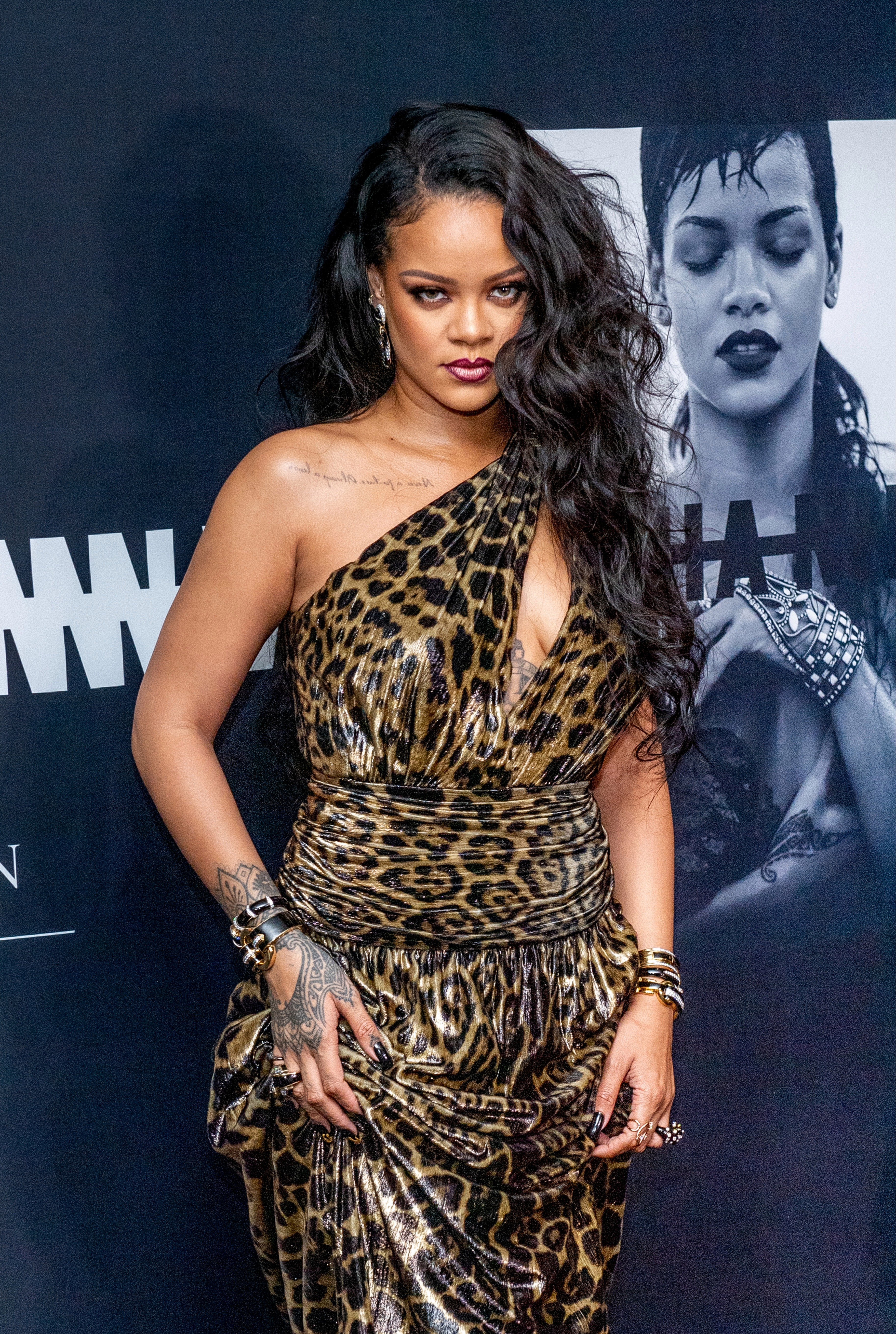 It is being made by British director Raja Virdi, who has worked with Sam Smith and Freya Ridings.

A source said: “Rihanna has been secretly working on new music for a long time and her ninth album has finally come together.

“She has kept fans waiting for a long time — and the pandemic slowed things up even more.

“The project is still tightly under wraps but Rihanna will be filming a new music video in Los Anteles in July. 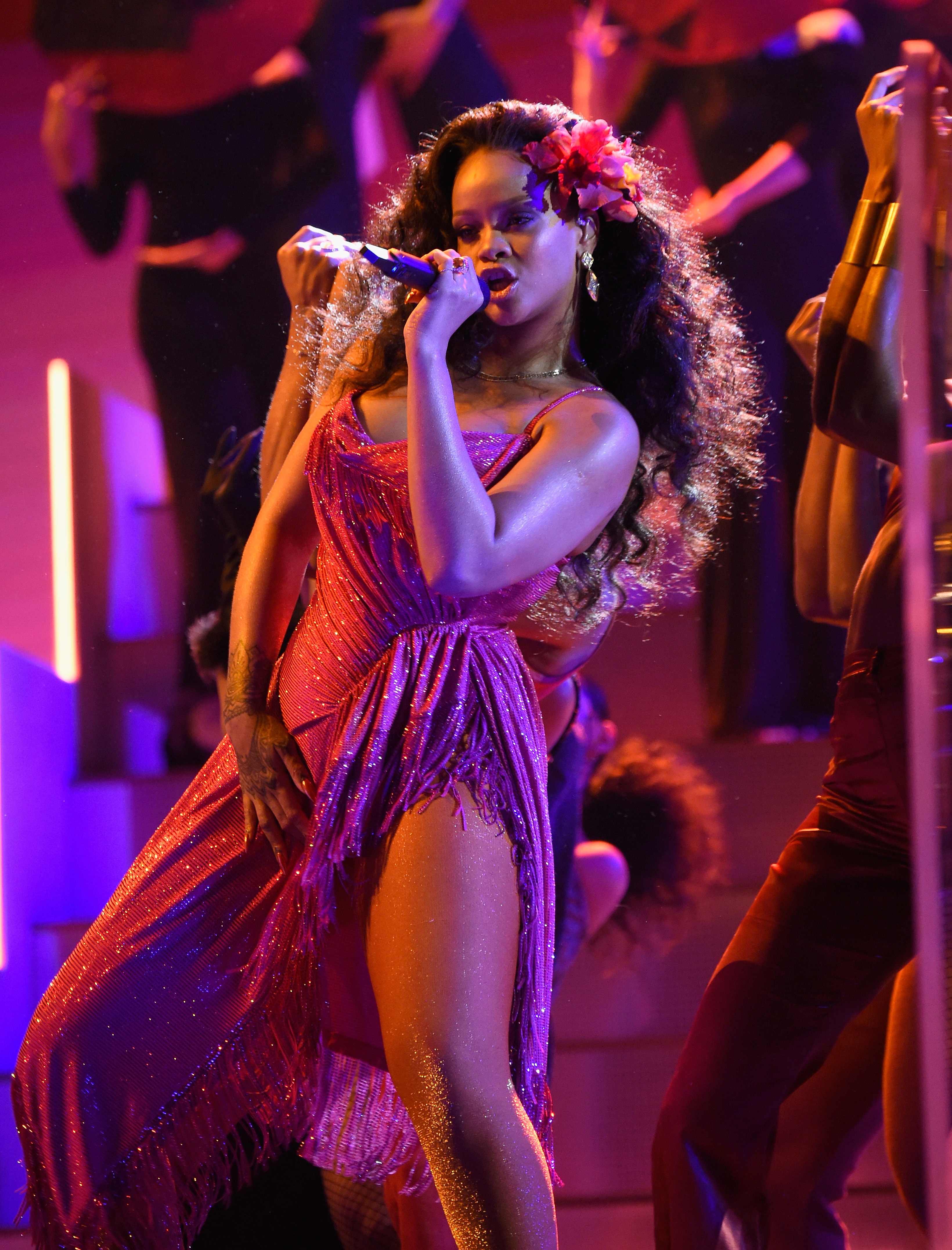 “Raja has been brought on board by Rihanna and her team, and he will be flying out to oversee everything.

“Rihanna met him during a project she did with Westminster University fashion students in January last year and she wanted him to be the brains behind the video.

“All the details about the shoot and the new music are being closely guarded — but she never disappoints.”

Rihanna, whose last album Anti was released in January 2016, teased fans by guesting on PartyNextDoor’s track Believe It in March. 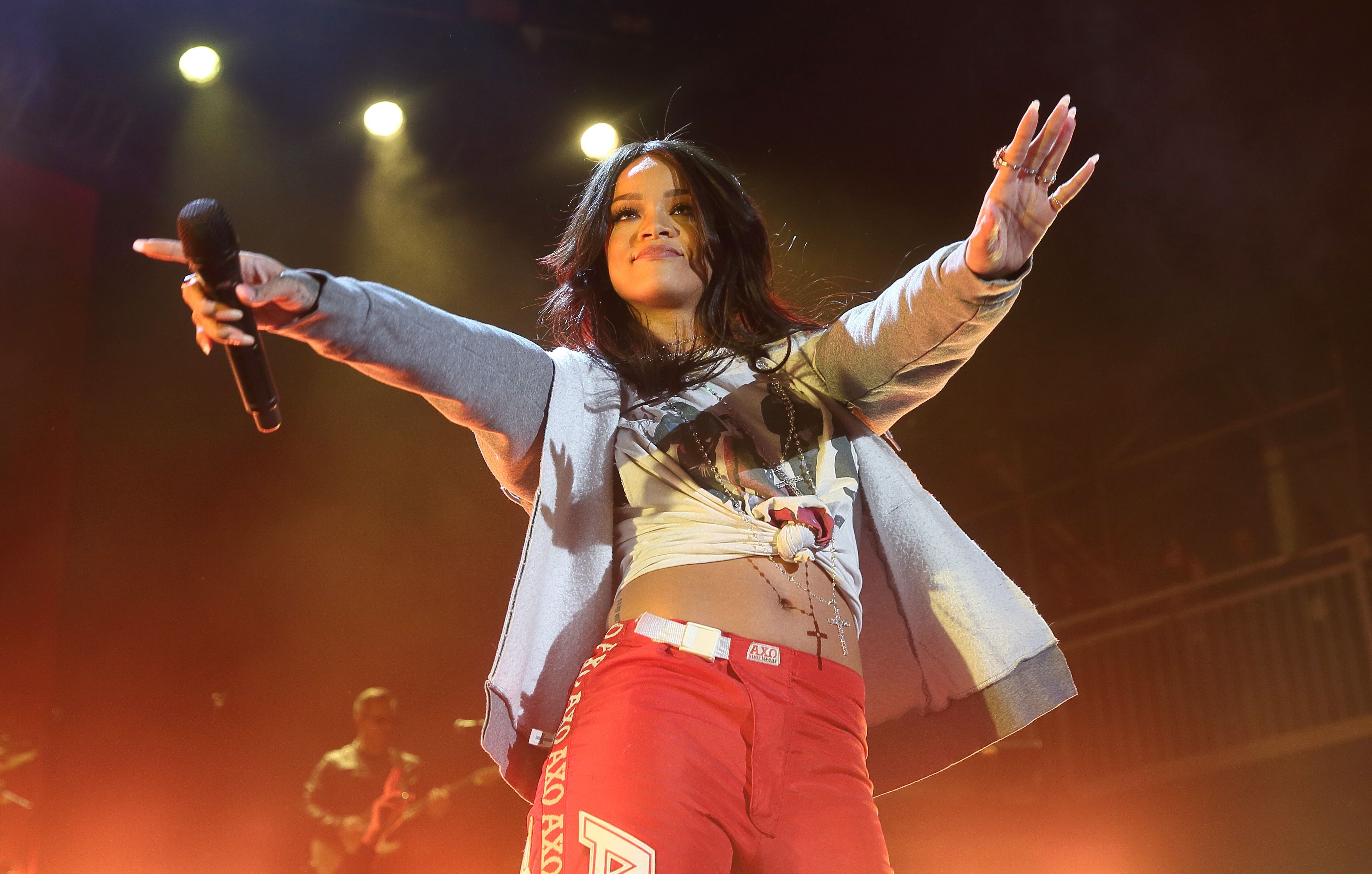 When not in the studio she has been keeping herself busy with a number of lucrative projects, including her hugely successful lingerie line Savage By Fenty and her cosmetics and skincare ranges.

But she has dropped a number of hints about her next album, which is referred to as R9 by fans.

“I like to look at it as a reggae-inspired or reggae-infused album. 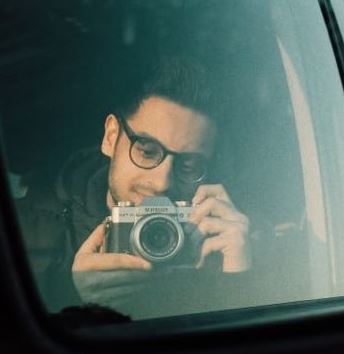 “Reggae always feels right to me. It’s in my blood. It’s always the same high.”

When is comes to highs, Rihanna’s fans will be up on cloud nine when this record finally drops. 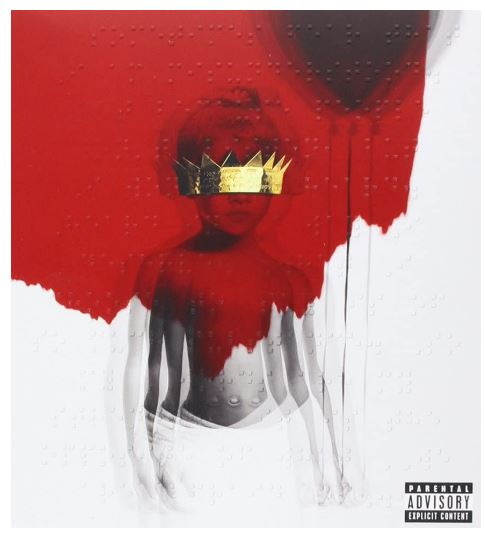 Bella's a heli of a singer

She dressed up in this Lara Croft-style outfit to shoot the video for debut single Build A Bitch, having just signed to Warner Records. 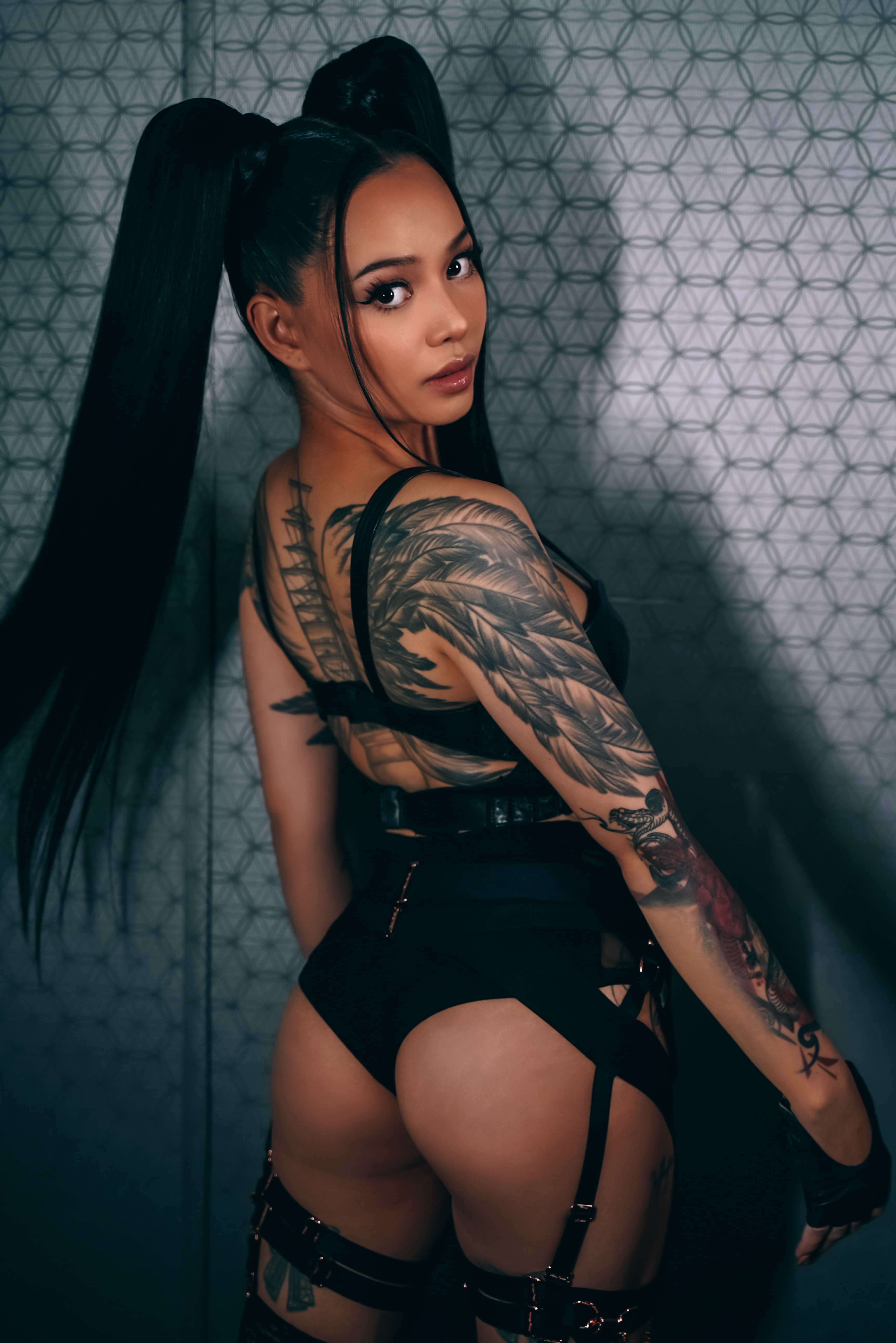 After growing up on a farm in the Philippines, she moved to the US. After three years in the Navy, she then joined TikTok – gaining 66million followers and the most ever likes for a single TikTok video – now 48.9million.

Of Build A Bitch – on which she sings “If you need perfect, I’m not built for you” – she said: “The song is about accepting yourself for who you are instead of listening to other people’s ideas of what you should do.”

She is now collaborating with songwriters Benny Blanco and Ryan Tedder who have worked with the likes of Cardi B, Adele and Lady Gaga.

She added: “Anytime I put out a song, I want it to have a message, especially about things like mental health. I want everyone to know they should never be afraid to talk about how they feel.” 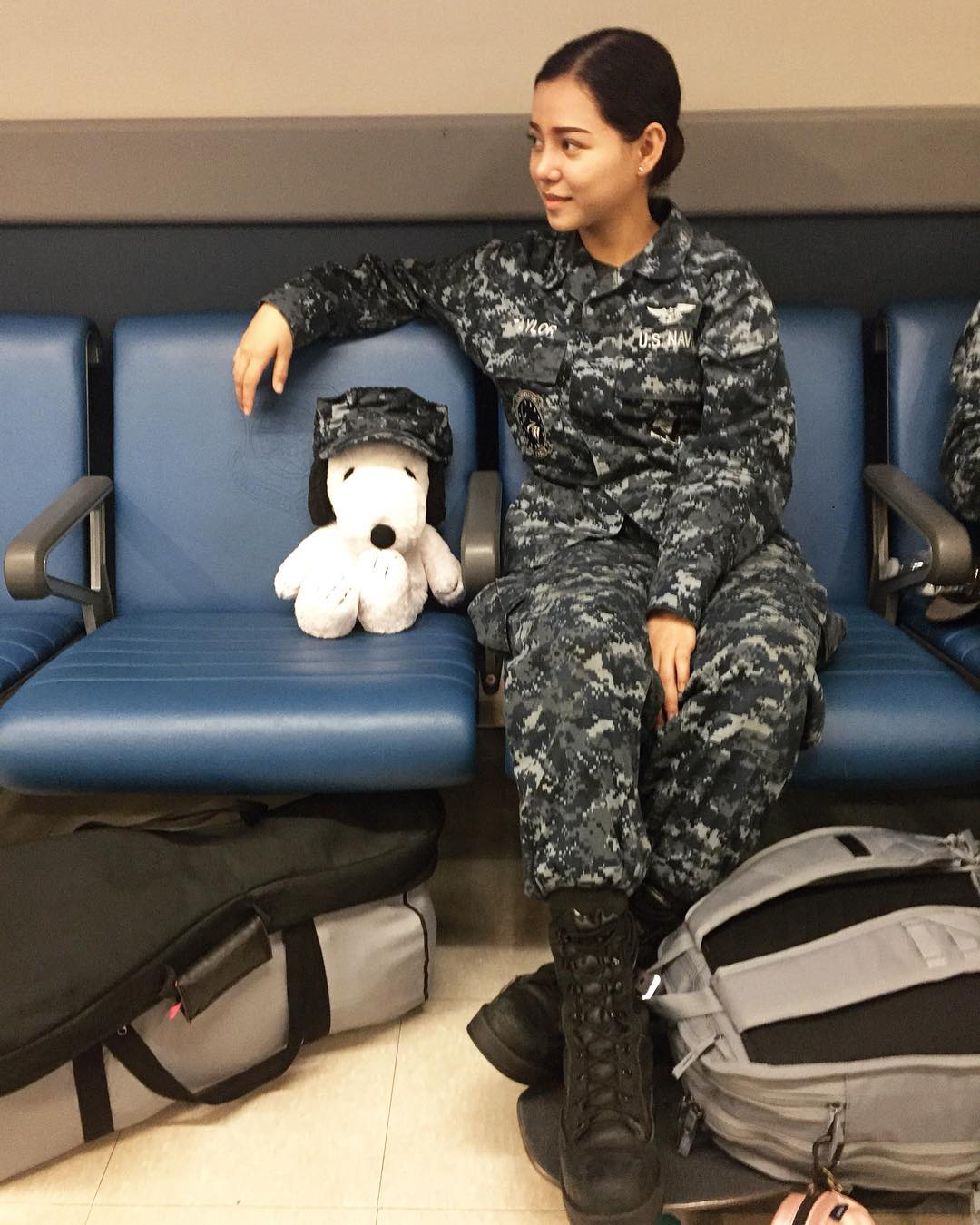 LORRAINE Kelly wants to Glasgow where no Scotswoman has gone before – by becoming an astronaut.

The queen of breakfast TV is a space nerd and was gifted the chance to train with Nasa for her 60th birthday in 2019.

Now she has set her sights on the International Space Station. Lorraine said: “It is the kind of thing dreams are made of. I still want to be an astronaut when I grow up, it’s still my ambition.”

Lorraine also wants to be on the first commercial space flight.

She said: “In the way that we get the bus to the shops, we might be able to do that one day. Wouldn’t that be amazing?”

CAMILA Cabello looks like the belle of the ball in the forthcoming Cinderella movie.

The Havana singer and the Prince, played by Nicholas Galitzine, stare lovingly into each other’s eyes in the remake of the classic fairytale. 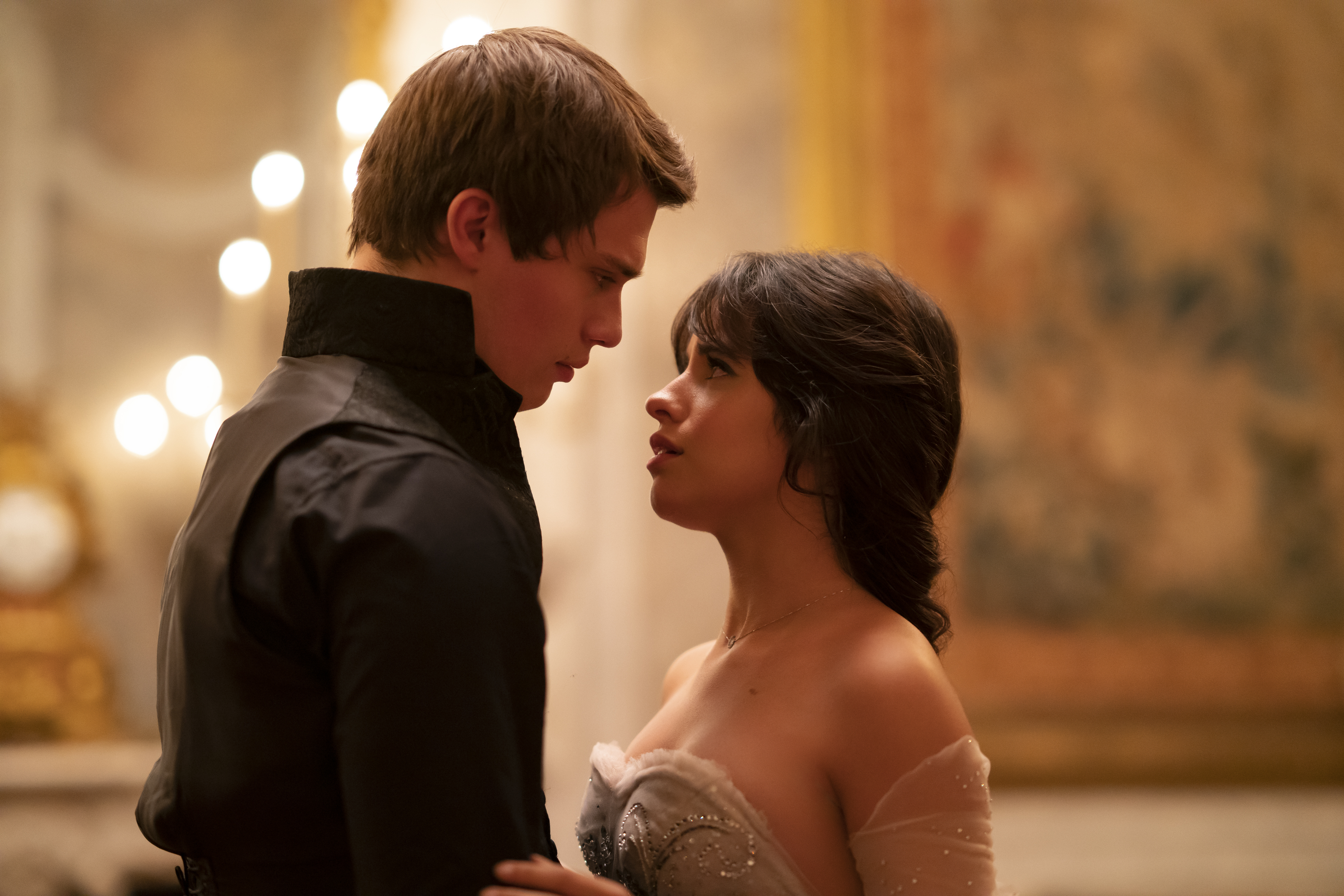 It is produced by James Corden and will launch on Amazon in September. 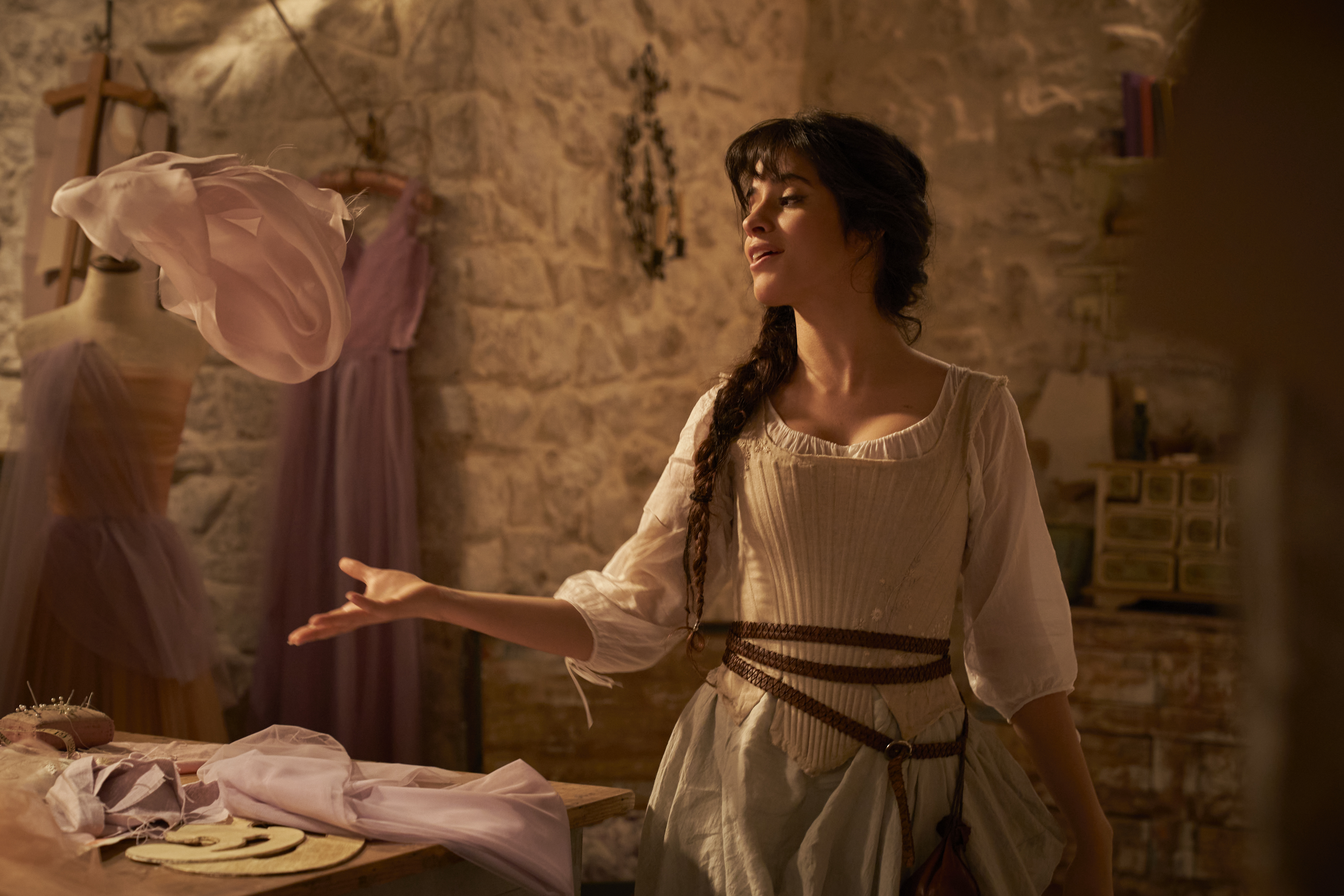 ROBBIE Williams’ wife Ayda can expect a naked surprise from him on her birthday next week.

But it won’t be the singer in his Rock DJ tiger pants – he has bought her two Greek-style marble nude statues. 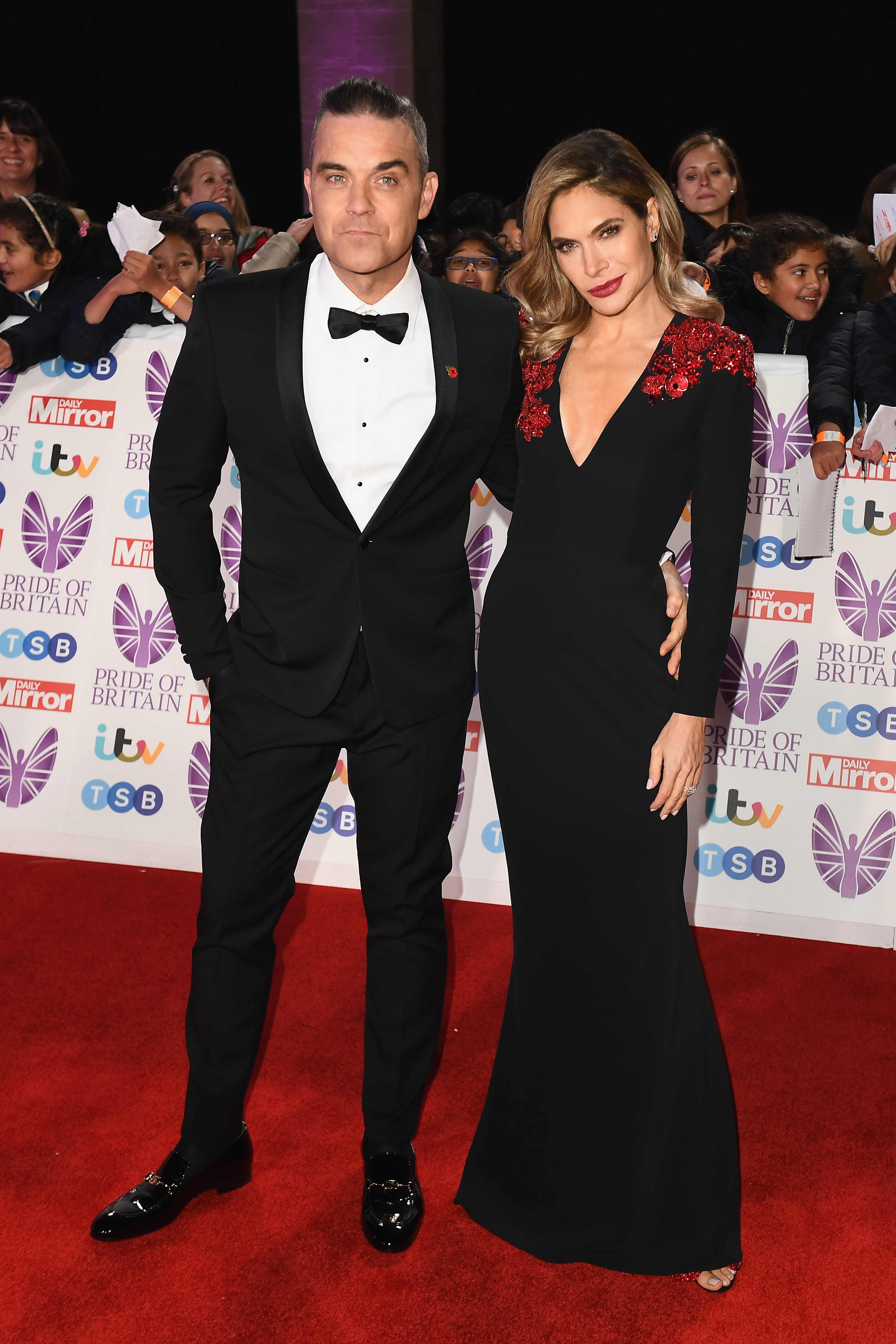 The quirky gifts were seen being delivered to their London home this week, along with some extravagant flowers, ahead of her 42nd celebrations on Monday.

Robbie and Ayda, along with their four kids, have been been sunning themselves at their Beverly Hills mansion, where they have spent the majority of the past year.

But they have recently splashed out £24million on a new home in Switzerland.

After spending hours doing Instagram Live videos during the first lockdown, I imagine Ayda is quite pleased Robbie has now stopped them.

Forget the statues, quality time while he’s not touring is probably what she wants. 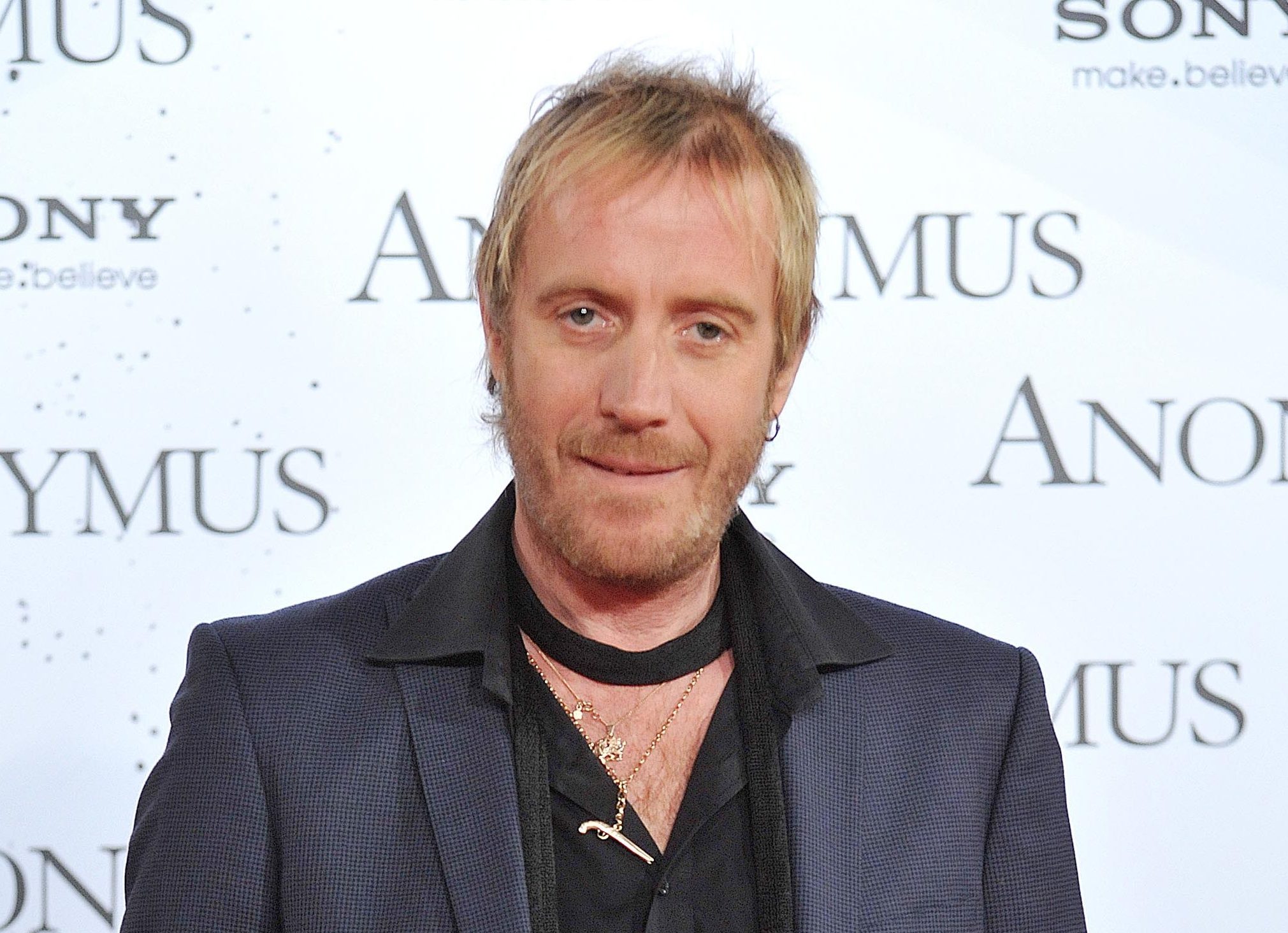 HE is Sir Rod Stewart’s first choice to play him in a biopic.

But when Rhys Ifans was quizzed about the role, it was a case of I Don’t Want To Talk About It.

“I think I’m long past my sell-by date. It’s definitely not going to happen.”

He added to Rob Brydon on the Brydon & podcast: “I think it would be a great film.”

Rod first mentioned the idea of Rhys playing him in May last year and admitted that it was because they had similar hairstyles.

But while Rhys may be out of the running, the singer said he had his eye on someone else to play him in his younger years – his 15-year-old son Alastair.

Speaking about the film, which he wanted to make after watching Queen biopic Bohemian Rhapsody, Rod explained: “If it doesn’t happen it doesn’t matter, but I would be flattered if it did.

“The Freddie Mercury one was so good.

“It would be hard to get something better than that but I would give it a shot.”

NOEL Gallagher’s days of hell-raising are clearly in the past, with the Oasis legend admitting he now spends time hoovering or at his local Tesco. 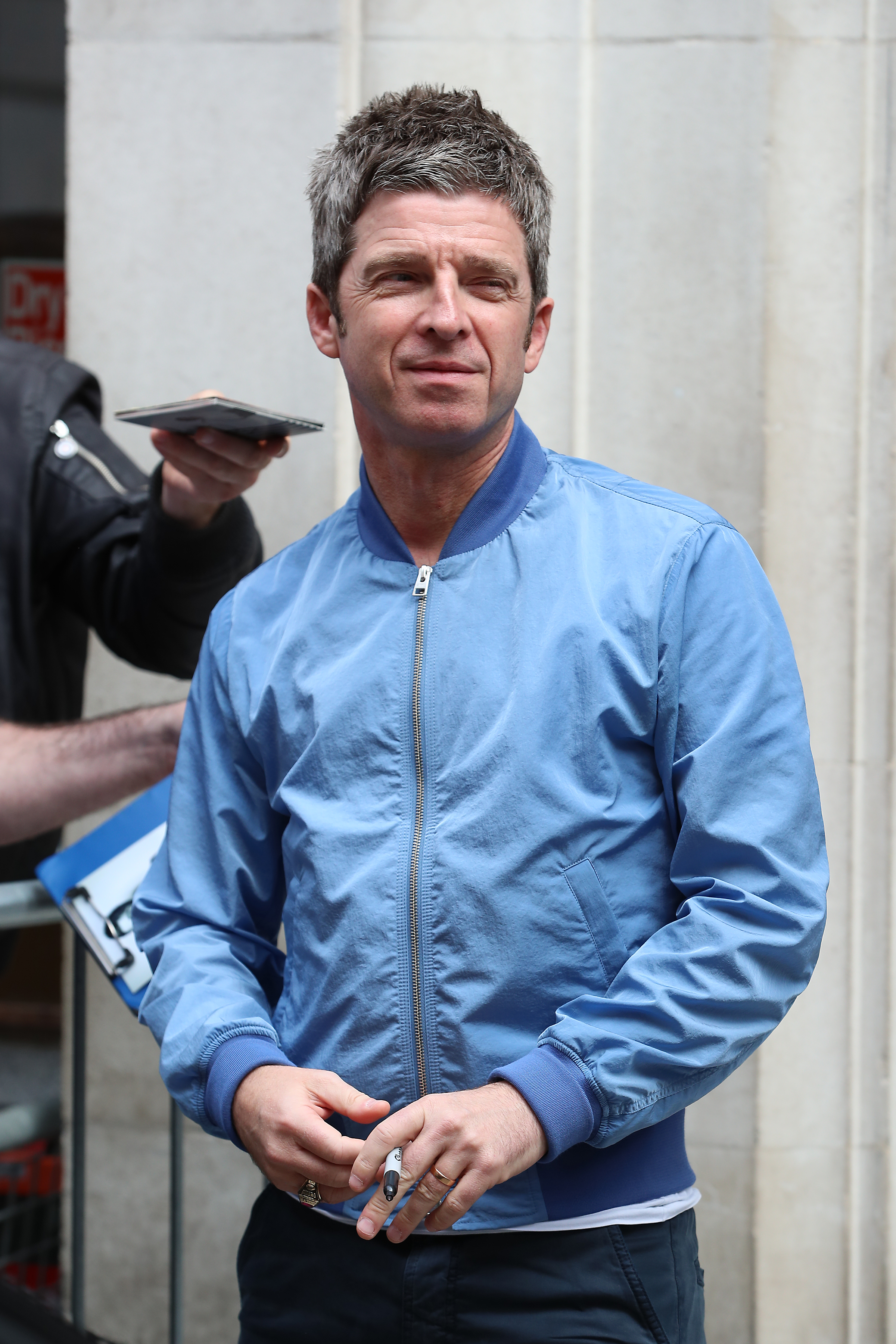 “People think that famous people have butlers and all the women are like Joan Collins and all the rock stars are like Mick Jagger, it’s not like that. I still queue up to get in Tesco Metro . . .  I have just a normal life, but an extraordinary job. I wouldn’t have anybody doing shopping for me.”

In a new chat with comic Matt Morgan on his Funny How? podcast, Noel said: “If my room needs hoovering, I’ll hoover it.

“I don’t like relying on too many other people for anything.”
Rock and roll, it ain’t.

Have Faith in Paloma

PALOMA Faith has issued a come-and-get-me plea to Strictly Come Dancing, despite admitting she’s useless on the dance floor.

Asked on tomorrow’s episode of The Jonathan Ross Show on ITV whether she has ever been approached to be on the series, she says: “No, I really want to be on. I used to be a dancer.

“I really hate dancing now. So that’s why I want to do it, as I really like torturing myself. There’d be loads of masochism in doing it.

“But I used to be really obsessed by salsa dancing when I was young, maybe 17.

“I used to go five nights a week and still make it into college the next morning. I’ve always wanted to learn to tango.”