All’s well did not end well on The Real Housewives of New York City season finale. The season wrapped up with the traditional cast updates but the episode wasn’t over. Dorinda Medley goes on a tirade during the last five minutes of the finale, which completely shocks the cast. 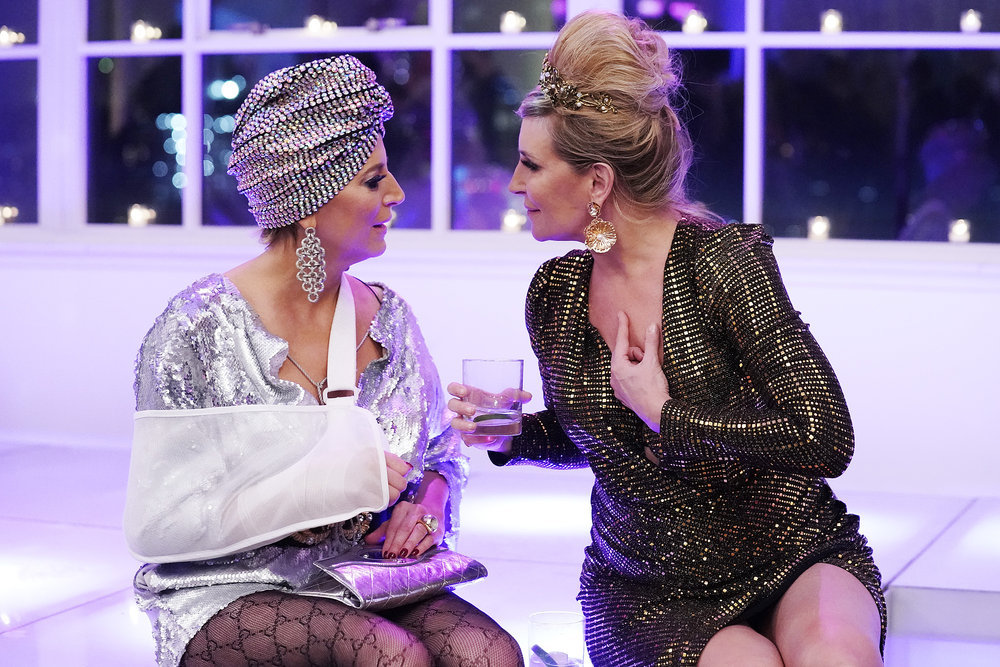 Triggered by hearing Tinsley Mortimer’s name, Medley, who was having a nice time at Sonja Morgan’s drag queen bingo game, is suddenly enraged. The transition occurs when the women reflect on their connection in what began as a loving moment.

“Tinsley introduced me to you guys …” Leah McSweeney begins and Medley suddenly explodes. “No!” Medley says. “I’m not doing that sh*t!”

Dorinda Medley melts down as the cast breaks the 4th wall

The cast suddenly falls silent. “Sorry, f**k you,” Medley says as the women try to get her back to a good place. Medley walks away.

“Are you f**kin g kidding me?” McSweeney demands. But Medley keeps shaking her head, insisting she won’t give Mortimer her time or energy. Adding, “F**k you,” to McSweeney. 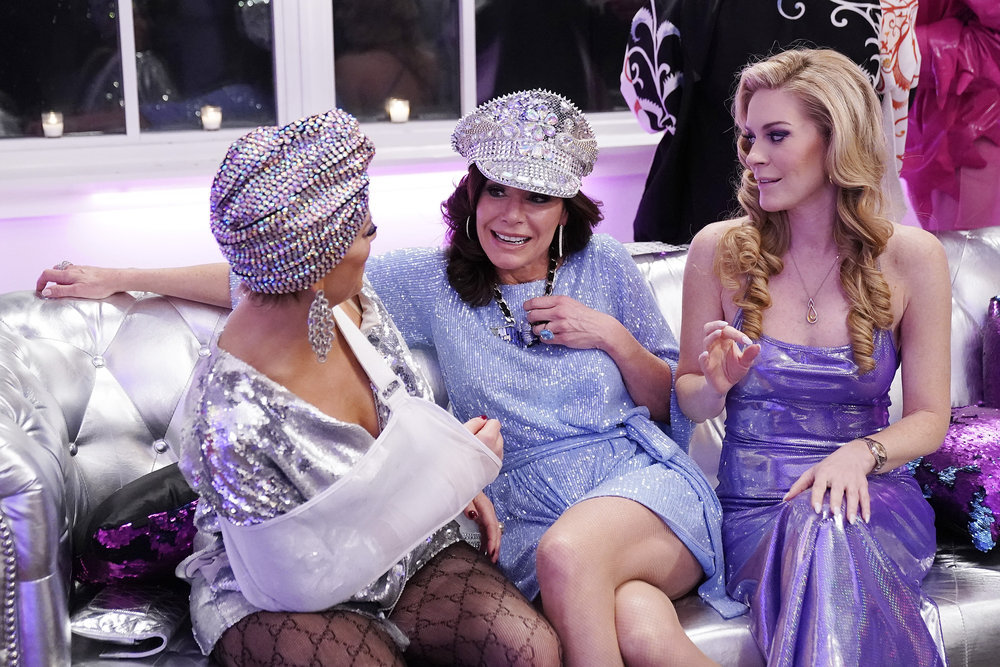 Medley goes to have another cocktail, which is when she breaks the fourth wall. “Tinsley almost ruined our show,” she said. As she storms back to the group, cameras capture the production team set up near the cast.

“You’re going to give a toast to Tinsley Mortimer who left the show and breached her contract?” Medley asks. At this point, Morgan seems to be speaking to the production team, sharing if you leave you don’t get kudos.

Medley continues to explode, pushing her finger into Luann de Lesseps face, telling her to be more appreciative. “No, Tinsley left the show, she breached the contract,” Medley says this time to producers who are standing off camera.

Singer walks away making a “crazy” sign with her finger to producers. Medley continues to argue with the cast as Morgan says she invited Mortimer to come to bingo tonight. “Oh my God she’s like obsessed with Tinsley,” McSweeney says to de Lesseps. “All I was saying was Tinsley left and it gave me a chance to like bond with everybody. And I love all of you. That’s literally what I was trying to tell her was I loved her.” 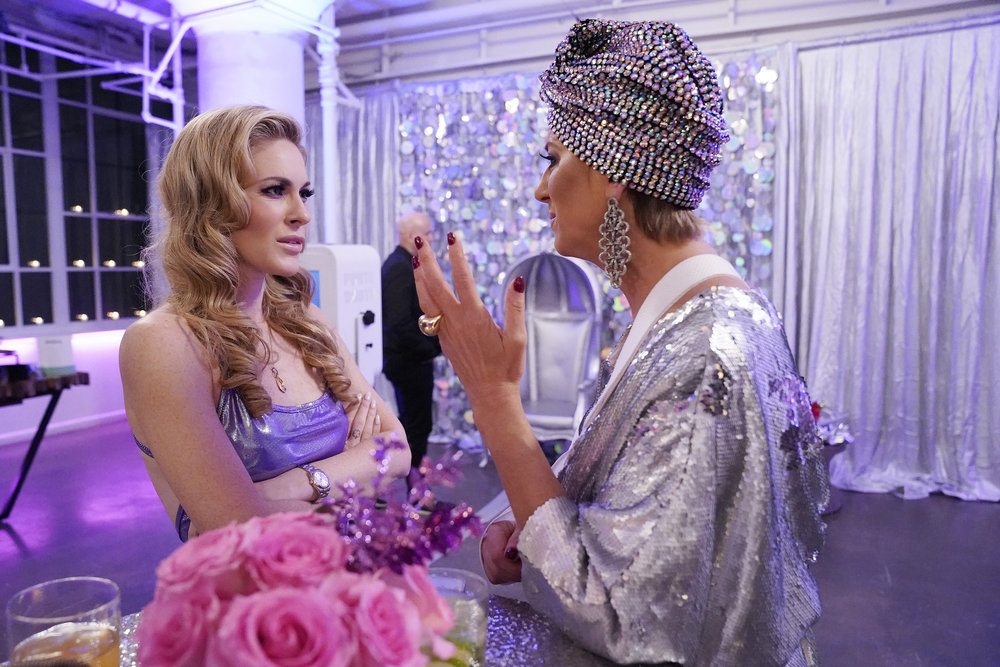 Morgan tries to reason with Medley but there’s no use. “Tinsley left us and she’s a b*itch,” Medley says to Morgan. “I don’t want that b*tch’s name mentioned.” Medley storms out of the party as the season ends with a bang.

Medley will no longer appear on the show

This is Medley’s last season on RHONY as she announced she is no longer on the show. She shared a farewell Instagram post thanking the cast and Bravo. “But all things must come to an end. This was a great outlet for me to heal when my late husband Richard passed away,” she shared.

On September 10, the gloves (and the masks) come off for the unprecedented and explosive #RHONY Reunion!

Series insiders claim Medley was fired. One set of rumors suggested that Medley was fired for being angry when she was drunk. However, another source told Page Six she was fired after she suggested Mortimer use a turkey baster to get pregnant.