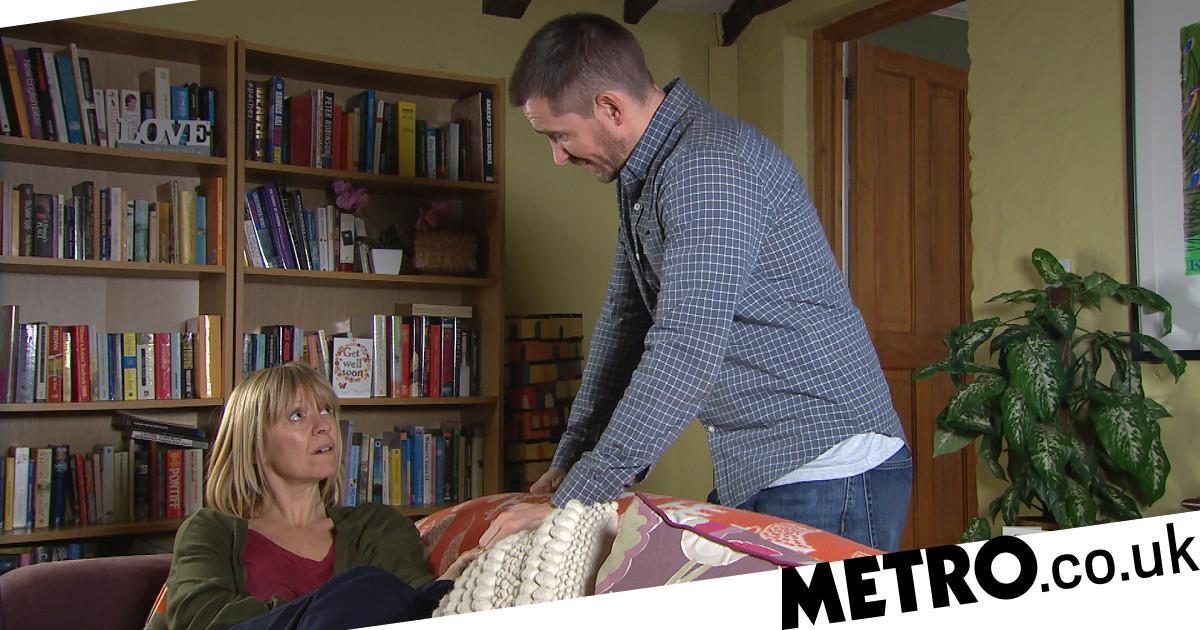 This week will see the unravelling of the mysteries surrounding that fateful night two weeks ago, with Rhona Goskirk (Zoe Henry) and Pete Barton’s (Anthony Quinlan) strand becoming much more clear after she was caught out in a huge lie in Emmerdale.

Pete had been training up his new farm hand Nate (Jurell Carter), who’s been telling him all about this woman who caught his heart with one kiss during a night out. He’d regaled Pete with tales of this woman’s beauty and how he had to find her, all the while having no idea he was talking about Pete’s own girlfriend.

The shocking realisation came when he and Nate walked into the pub only for Rhona to be sat at the bar and Nate to lose his shiz with excitment as he finally came face to face with the woman he’d been chasing.

As Nate naively pointed her out, Pete flipped, telling him he’d got the wrong woman. But Nate was sure he’d snogged that face. In Marlon’s words, it was awkward.

When Pete realised the night Nate mentioned had indeed been a night Rhona had been out partying, Rhona suddenly jumped in with a whopper of a lie, telling Pete that Nate had forced himself on her.

‘Who do you think I’m going to believe?!’ he demanded as Nate protested his innocence, before Pete cruelly sacked the newbie and kicked him out of the boozer.

As Rhona sat with her head in her hands, Kerry congratulated her on her epic lying skills, which made Rhona realise what a terrible thing she’d just done, and she finally came clean.

After such a rocky few months with Rhona’s accident, the hysterectomy, pushing Pete away, and now this – is this it for them?