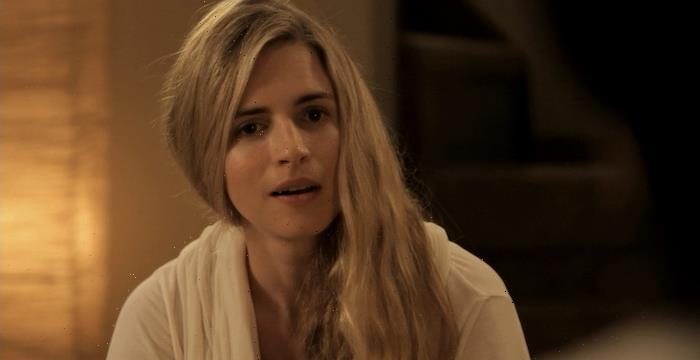 Brit Marling and Zal Batmanglij, who co-created The OA and also collaborated on the films The East and Sound of My Voice (seen above), are reuniting for a new project at FX. Once again, Marling will star, Batmanglij will direct, and the pair will co-write the limited series, Retreat, which aims to deliver a fresh take on the murder mystery formula. It sounds like Marling will also join Batmanglij in handling some of the directorial duties this time around as well.

Variety and Deadline seem to jointly confirm that Marling and Batmanglij will both be directing Retreat, though it’s not clear if they will be sharing credit as co-directors, the way they co-write, or if each will instead be helming their own episodes of the series. On IMDb, Marling only has one documentary credit to her name as a director, so this would mean a beefed-up role for her behind-the-scenes. In front of the camera, she’ll be taking on the role of Darby Hart, billed as “a Gen Z amateur sleuth.”

The news comes out of the summer TCA (Television Association Critics) press tour, which furnishes this logline for Retreat:

In Retreat, which puts a new spin on the classic whodunit, Darby and 11 other guests are invited by a reclusive billionaire to participate in a retreat at a remote and dazzling location. When one of the other guests is found dead, Darby must fight to prove it was murder against a tide of competing interests and before the killer takes another life.

That remote and dazzling location, according to FX Networks chairman John Landgraf, is “an ultra luxury hotel adjacent to a glacier in a very forbidding northern place.” Landgraf also stated that what appealed to the network about Retreat was its “radical reconceptualization” of the whodunit, coupled with a “really original set of characters, particularly a really strong and original young woman at the center of the story whose back story and present-day story form a strong emotional core.”

Variety notes the similarities between Retreat and Nine Perfect Strangers, the eight-episode Nicole Kidman series (seen above), which premieres on Hulu this coming week and is also set in a retreat. Retreat almost sounds like Eleven Perfect Strangers. Seeing Kidman, blonde, in white wellness attire — with the air of a cult leader about her — it’s hard not to think of Marling’s character in Sound of My Voice.

The OA, too, inspired a cultish devotion among fans, who petitioned to save it after the show was canceled in 2019. At the risk of incurring those fans’ wrath and/or airing heavy spoilers for The OA, I’ll just say that I’m not really sure there’s anywhere else they could have taken that show after it crossed over into the real world. It had already shown us interpretative dancing and a telepathic octopus.

Rather than watch Brit Marling play a fictionalized Brit Marling in The OA season 3, it might be more interesting to watch her reinvent the detective story as Darby Hart in Retreat.