In Lisa Joy’s “Reminiscence,” “an analog noir” set in a sunken Miami of the future, Hugh Jackman — a navigator of memories with his Reminiscence machine — becomes obsessed with torch singer Rebecca Ferguson, and falls into a web of corruption and murder. It’s like a cross between “Rear Window,” “Vertigo,” and “Chinatown.” And the “Westworld” co-creator needed go-to cinematographer Paul Cameron to create a visual language for moving in and out of the Reminiscence machine.

“It needed a certain [holographic] reality, so the challenge for me was to create this illusion for the memories live on set,” said Cameron, who is currently directing episodes of HBO’s “Westworld” Season 4. “I had done a short film where I experimented with [a projection system utilizing] Halo Gauze material and a curved screen five years ago and it turned out well. I pitched it to Lisa and the production designer Howard Cummings and started testing with a curved screen and projection on the weekend. I shot some material and we went in and scaled it, put on matched lenses to the right eye line, the right distance, the right tilt.”

The illusion worked. They shot the memories first on various sets, and then lined them up properly when shooting scenes later in Jackman’s office with the Reminiscence machine and rear projection. They built a Halo Gauze projection screen with thin mesh stretched in the shape of a half cylinder, and utilized three 20K projectors mapped on the circular screen.

Jackman needed to walk up and peer closely at the screen to engage with the memories as part of the movie’s visual language. The dreamy romance solidifies when Jackman stands less than two feet away from the screen, watching Ferguson perform his favorite song — “Where or When” — in a Miami club. 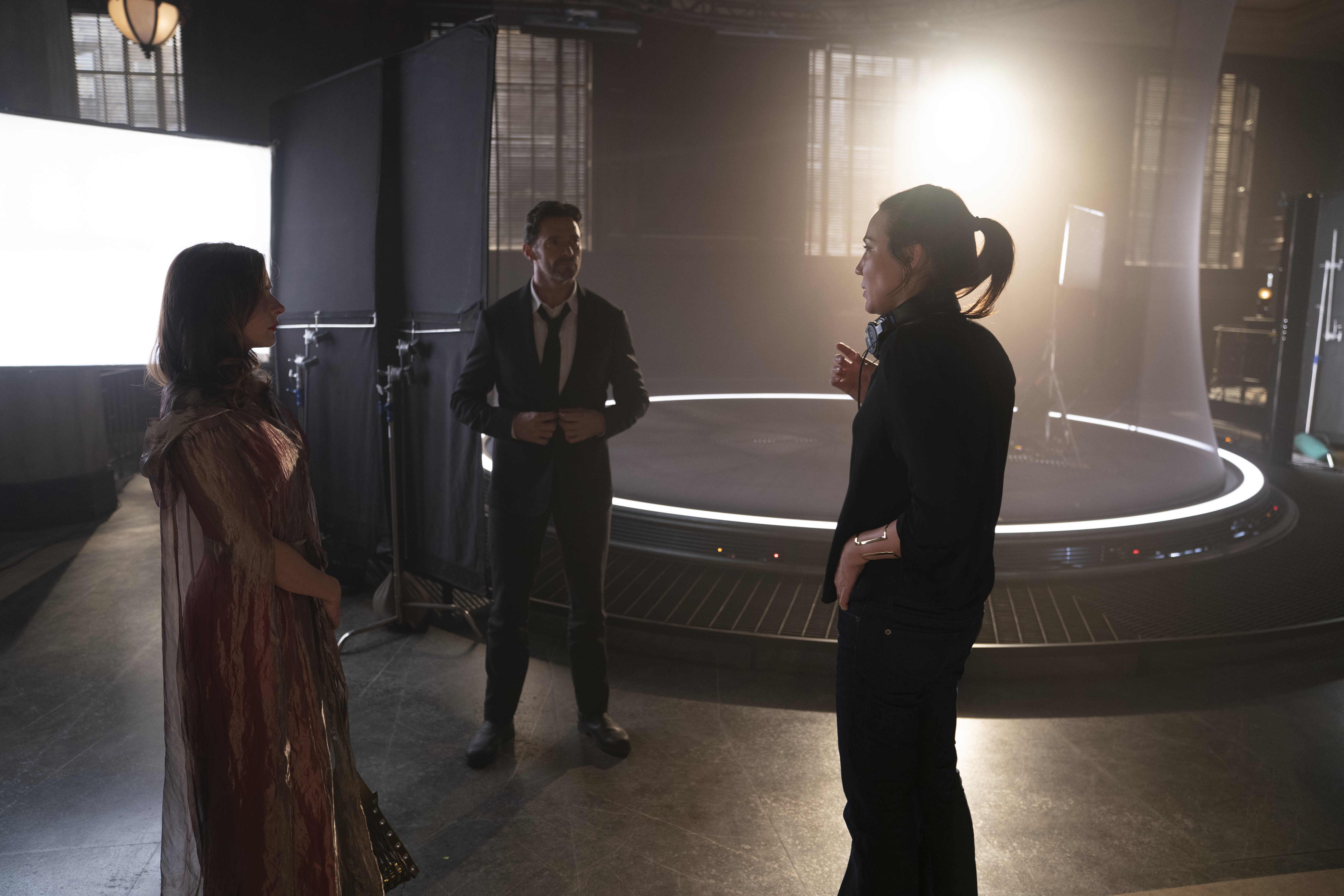 “I trained people to think that it’s a 3D machine,” Cameron said. “And editor Mark Yoshikawa used that to great effect in cutting inside and outside of the Reminiscence machine.”

To pull off the illusion, Cameron shot with the Sony Venice 4K camera, using TODD AO 2X anamorphic lenses for the soft, vintage-looking rear projection, which required lower-level lighting and plenty of flaring. “Because all those shots have to match exactly for the projection angle, I explained to the [producers and crew] that I needed an extra two hours to shoot protection angles and another hour to shoot what’s inside the Reminiscence machine.”

But there was a crucial visual effects component to completing the Reminiscence footage, supervised by Bruce Jones, who worked with Scanline VFX. “The Halo Gauze is not like an IMAX screen,” Cameron said. “You’re laser-projecting onto this fabric that has been stretched into this curved shape that’s a little out of focus. Bruce gave me digital maps of all the projection so they were able to roto these maps and overlay them to enhance [the memories], which we perfected in the DI.”

A lot of the texture was also added later by VFX in post because director Joy wanted to have memories look like strings of beads. “We tested projection onto string beads but went with Halo Gauze and CG enhancement of strings,” added Cameron.

The visual language was significantly altered for an interrogation sequence in the District Attorney’s office, which utilizes an older Reminiscence machine with a black-and-white projector. “The perspective of the shots changes so that when Hugh directs the interrogation, we’re seeing the character’s memories from his POV,” Cameron said. The black-and-white projection turns to color inside the memory, which leads Jackman down a treacherous path of no return.

But the story gets flipped when Jackman steps out of the water tank and you suddenly realize that the first 20 minutes were his Reminiscence. “It’s a layer within a layer and so that became the syntax of the film,” Cameron said. And it gets very tricky with Jackman and Ferguson popping in and out of memory, especially when he even steps into hers for the most surreal moment.

“Like a reminiscence, if you watch this film, it functions in so much of a cerebral and emotional way,” Cameron added.

“Reminiscence” is now in theaters and on HBO Max.