ITV’s hit skating contest is returning for a series like none before in the new year as Dancing on Ice makes a comeback despite the restrictions caused by the coronavirus pandemic. As such, the rumour mill has been in overdrive as to who will be performing, with celebrities slowly being revealed in recent weeks. Today, it was the turn of Rebekah Vardy to be unveiled by Piers and Susanna Reid on Good Morning Britain, but the interview that followed wasn’t without its cheeky swipes from both the ITV host and reality star.

Rebekah follows in the footsteps of the likes of Emmerdale’s Joe-Warren Plant and Neighbours’ Jason Donovan in the Dancing on Ice line-up for the next series.

The star, who’s married to Leicester City striker Jamie Vardy, has already stepped into the world of reality TV having appeared on I’m A Celebrity…Get Me Out of Here!

However, Dancing on Ice will be pose a whole host of new challenges compared to her I’m A Celeb stint and it was something Piers was quick to probe upon on GMB today.

Piers kicked off the chat as he said: “What on earth has possessed you to put on a pair of skates and expose your ice-dancing talents to the world?” 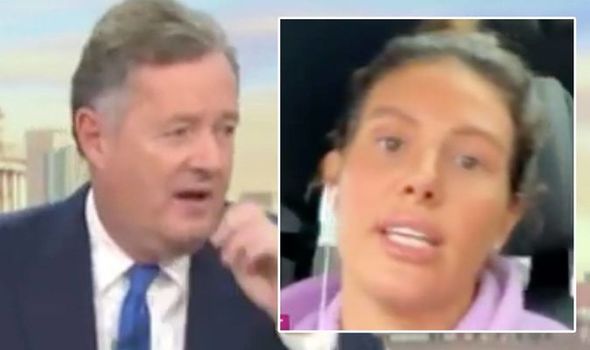 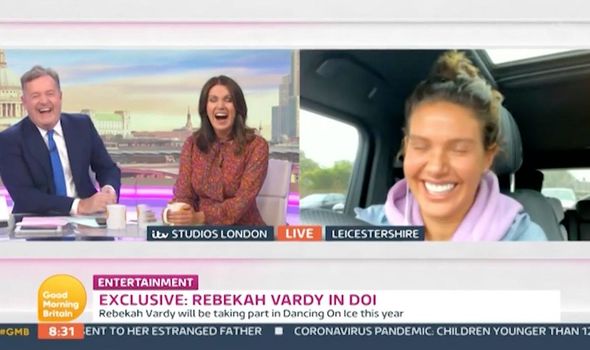 Rebekah joked: “Oh, I know. I just think I want everyone to laugh at me really.”

GMB’s Piers was then keen to find out whether or not Rebekah had any experience on the rink.

“Well, my dad taught me how to stand up on a pair of skates at least,” she explained.

Rebekah continued: “When I was about seven-years-old we used to go skating a lot when my mum and dad split up.” 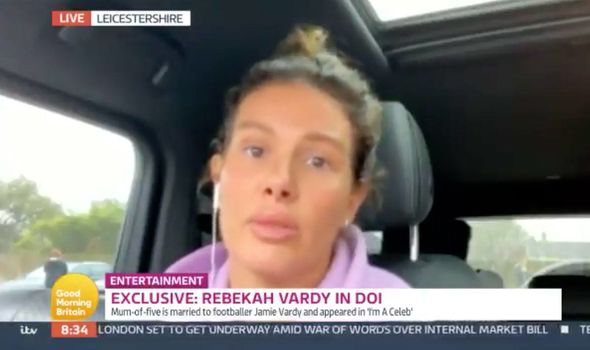 She added she was “really excited” at the upcoming stint before Susanna weighed in.

“You go skating at Christmas, don’t you? With the kids,” the GMB host asked.

“That’s the only time I’ve been ice skating since is when we take the kids to the ice rink at Christmas,” Rebekah replied.

Spotting the opportunity for joke, however, Piers couldn’t resist a swipe at the new DOI star.

“You are good at skating on thin ice, aren’t you?” the GMB host probed.

Susanna and Rebekah let out a giggle before she quickly hit back at the GMB host.

“That’s rich coming from you,” Rebekah quipped back at Piers, prompting him to laugh.

And while Rebekah’s reveal was the biggest Dancing on Ice talking point this morning, one of the GMB hosts dropped a huge hint they would be open to following her example.

After chatting with Rebekah, Susanna teased that she too could take to the rink.

As Piers signed off the chat by telling Rebekah he would be watching with “great interest”, Susanna weighed in: “It would be so much fun to do Dancing on Ice.”

Can fans expect to see Susanna unveiled as one of the final stars in the 2021 line-up?

Good Morning Britain continues weekdays at 6am on ITV.