We could all use a MAJOR distraction rn, so what better way to decompress than to think about who Tayshia Adams is going to choose as her final suitor on The Bachelorette, amirite? If you’re interested to know (but also can’t be bothered to actually watch and find out, LOL), today is your lucky day because Reality Steve just dropped some v juicy spoilers about how Tayshia’s season wraps up…and he spilled who got the final rose! 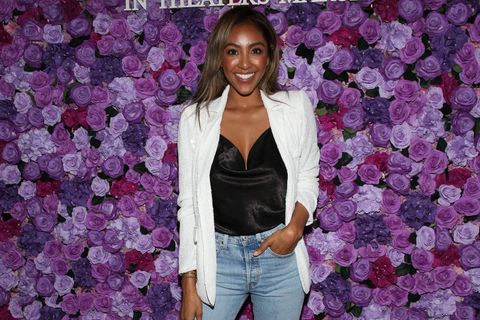 First thing’s first: Steve shared that one of Tayshia’s frontrunners, Brendan Morais, decided to leave before the show ended (sorry if you were rooting for him)! He explained:

Reality Steve then shared who got the final rose: Zac Clark! The real interesting part is that Tayshia and Zac *don’t* get engaged after the final rose ceremony, and Steve didn’t offer up any info about why. It’s not totally shocking considering the last few Bachelors and Bachelorettes have had some pretty unconventional endings on the show, but still!

Can’t wait to see how this plays out on television.