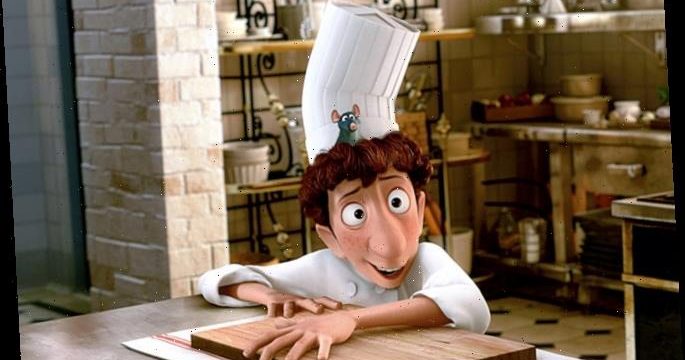 Ratatouille: The TikTok Musical is clearly a smash hit!

On Friday evening, the Twitter account for the online musical sensation revealed that it had already sold more than $1 million in tickets after the show debuted online on New Year's Day.

Proceeds from the show benefit The Actors Fund, a charity organization that supports those in entertainment, including many who lost their jobs amid the ongoing COVID-19 pandemic.

"You did it! You raised over $1 million to benefit @TheActorsFund!" the statement from the musical said, before noting that tickets are still on sale ahead of the show's final performance on Monday evening.

"I am thrilled that we’ve begun the New Year with this seismic event that is clearly providing so much joy," The Actors Fund President and CEO Joseph P. Benincasa, said in a statement to Deadline. "Our gratitude goes to the producers, creators, performers and everyone in the TikTok community who came together to make it all happen so wonderfully."

The crowdsourced show is based on Pixar’s 2007 animated film — which follows a rat with culinary talents  — and stars Tituss Burgess, Wayne Brady, Ashley Park, Adam Lambert alongside a slew of others.

In the show, Burgess takes on the titular role of Remy the rat, with Lambert as his older brother, Emile, and Brady as his father, Django. André De Shields plays the main antagonist, Anton Ego, with Park as Colette Tatou and Kevin Chamberlin portraying Auguste Gusteau.

The social media sensation is the result of fans of the Pixar movie who took to musical theater TikTok to create a musical adaptation.

Emily Jacobsen, who wrote the original "Remy the Ratatouille" song for TikTok, and composer Daniel Mertzlufft, whose arrangement of that song helped launch the online effort, have writing credit on the event.

Blake Rouse, who wrote of the more popular songs on TikTok, "The Rat’s Way of Life" and "Ratatouille Tango," was also given credit on the show, according to Rolling Stone.

Earlier this year, the COVID-19 pandemic caused Broadway to go dark when New York Governor Andrew Cuomo and the Broadway League shut theaters to help stop the spread of the virus in mid-March.

Back in October 2020, the Broadway League — the national trade association that represents the theater industry — announced that all performances would remain shuttered through May 31, 2021, due to the current health crisis.

Previously, the League had set the week of April 13 as the date when performances would resume, but has since moved back the target date numerous times.

Tickets for Ratatouille: The TikTok Musical start at $5 and can be purchased online at Ratatousical.com. The performance will be available to stream through Jan. 4 at 7 p.m. EST.