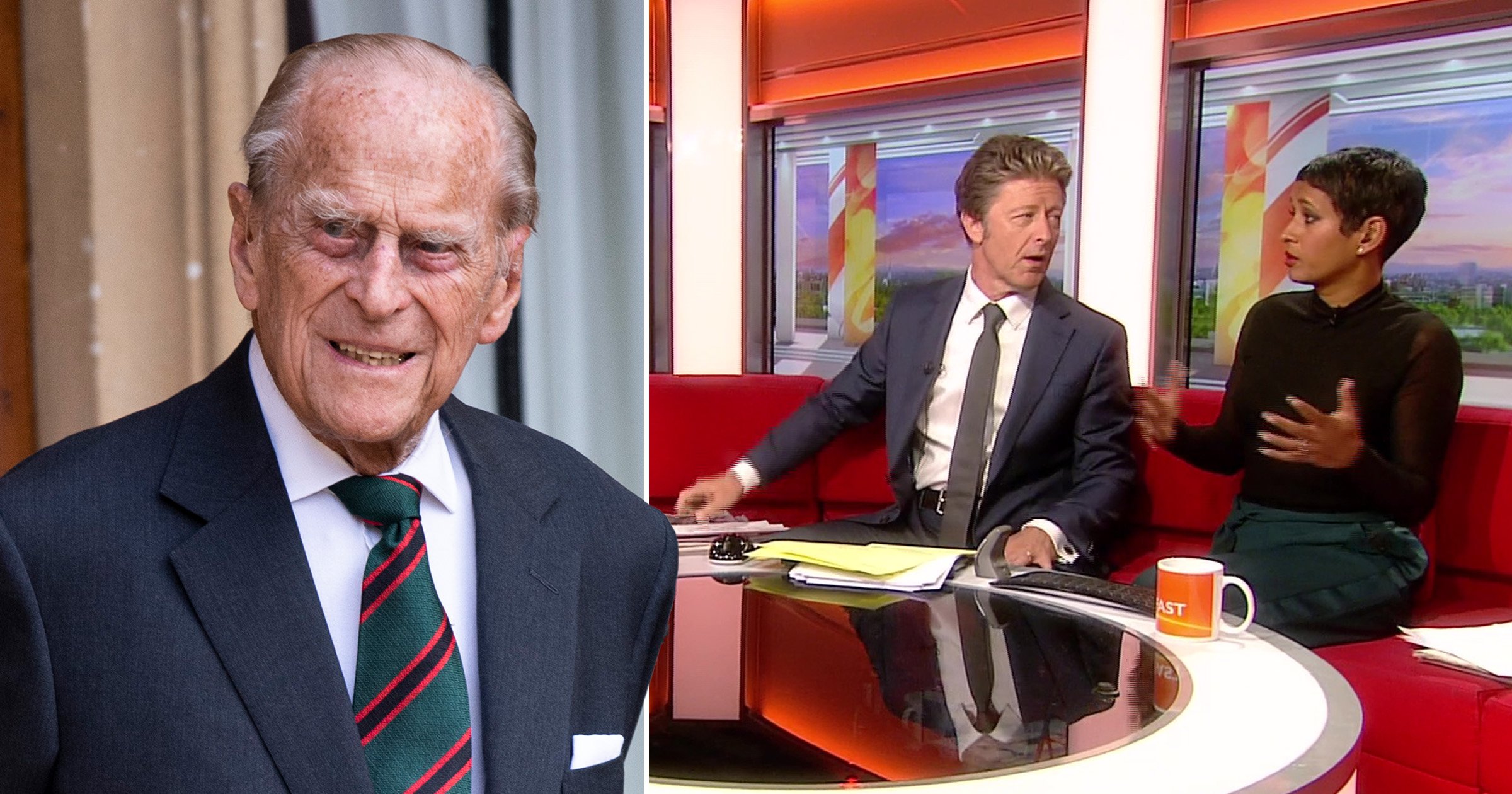 The BBC’s coverage of Prince Philip’s death is by far the corporation’s most-complained about television moment of the year, after drawing a mammoth 110,000 complaints.

Other moments such as BBC Breakfast presenters Charlie Stayt and Naga Munchetty ripping into Robert Jenrick and the channel’s coverage of Christian Eriksen collapsing during the Euro 2020 also made the top 10 list.

The Duke Of Edinburgh died at Windsor Castle in April at the age of 99, prompting the network to clear its schedules across both BBC One and BBC Two to run a series of mirrored special programmes.

The coverage also took over the news channel and BBC radio stations.

According to the BBC’s fortnightly complaints bulletin, some 104,010 people complained about the output within the first three days, the highest number ever published in the UK about television programming.

This figure later rose to an overall total of 109,741 complaints.

At the time, the BBC said in a statement: ‘The passing of HRH The Prince Philip, Duke of Edinburgh was a significant event which generated a lot of interest both nationally and internationally.

‘We acknowledge some viewers were unhappy with the level of coverage given and impact this had on the billed TV and radio schedules.

‘We do not make such changes without careful consideration and the decisions made reflect the role the BBC plays as the national broadcaster during moments of national significance.

‘We are grateful for all feedback and we always listen to the response from our audiences.’

In March 2021, 6,498 viewers complained after they felt BBC Breakfast presenters Charlie and Naga acted unprofessionally towards Mr Jenrick when making comments about the Union flag and the Queen.

As the interview came to an end, the pair poked fun at the size of a flag placed behind the Housing Secretary.

‘I think your flag is not up to standard size government interview measurements,’ Charlie had said.

‘I think it’s just a little small, but that’s your department, really,’ the newsreader added, as Mr Jenrick smiled awkwardly.

Naga could be heard laughing in the background, before the camera panned back to the BBC Breakfast studio to show her covering her mouth while chuckling over what Charlie had just said.

In June, the BBC was hit with 6,417 complaints after it showed footage of footballer Eriksen collapsing during the Denmark and Finland game.

Cameras remained on the footballer as he received CPR, and his partner and teammates, who were crying, were also filmed.

At the time, viewers criticised the corporation for not cutting away from the footage, with the broadcaster responding to the thousands of complaints it received.

‘We apologise to anyone who was upset by the images broadcast,’ a statement read. ‘In stadium coverage is controlled by UEFA as the host broadcaster, and as soon as the match was suspended, we took our coverage off air as quickly as possible.’