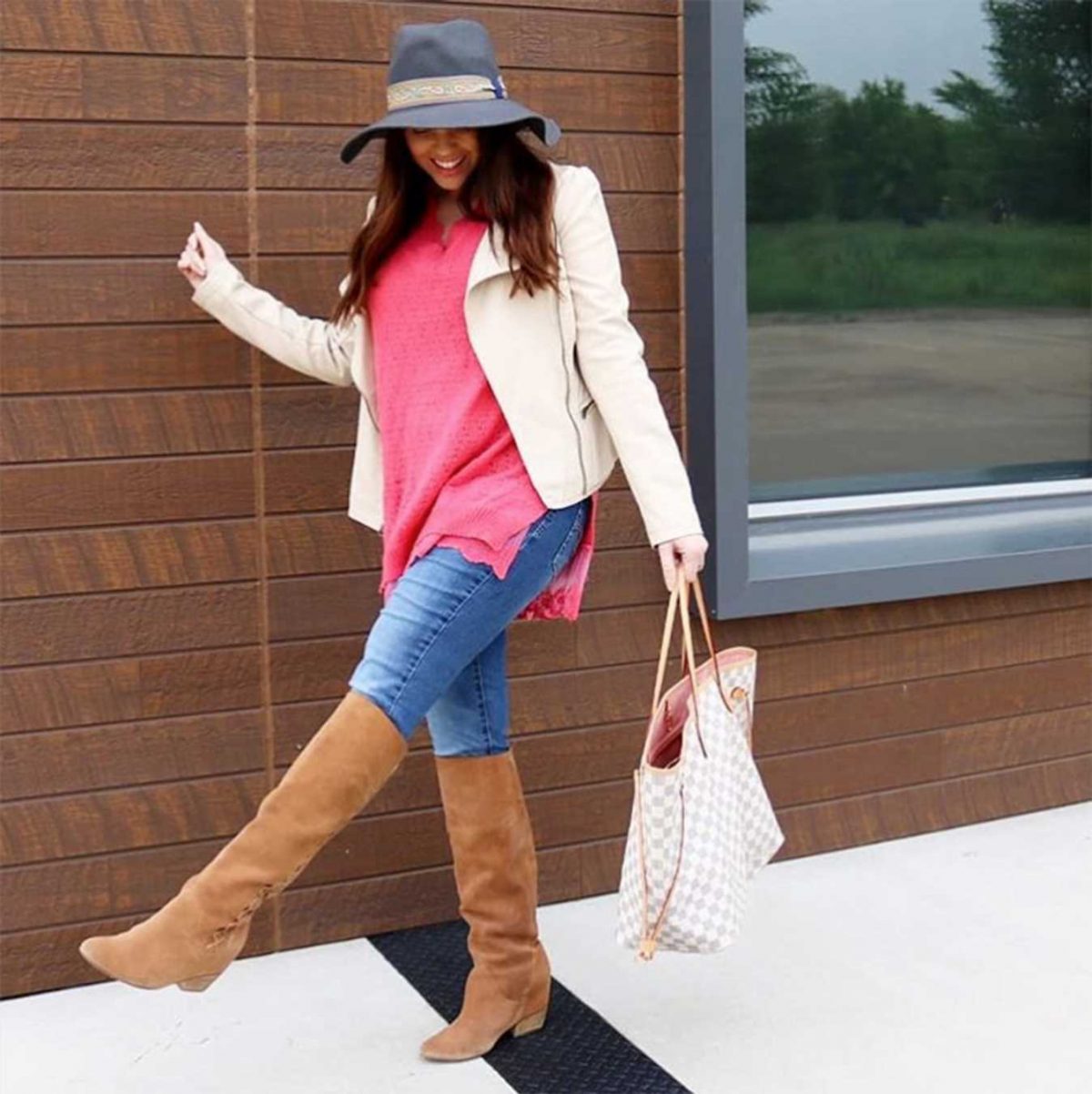 Amy Duggar King is saying goodbye to her skinny jeans and hello to maternity wear!

The reality star, who is expecting her first child, revealed Thursday that she is now wearing maternity items as she just hit the 18-week mark in her pregnancy.

“Well I am retiring my skinny denim for awhile! ? saying hello to my 1st pair of maternity jeans today! #stylethebump” wrote Duggar.

In the photo, captured in Springdale, Arkansas, she wore jeans, a pink sweater and a white jacket, which she accessorized with brown boots and a grey hat.

One day prior, she shared another smiling photo, which featured the glowing mom-to-be cradling her growing baby bump.

Duggar and her husband Dillon King exclusively revealed to PEOPLE in April that they would be welcoming a little bundle of joy into their family this year.

“We are completely speechless, overly excited and ready for the next chapter as new parents!” the couple said in a statement.

The baby is due in October.

Duggar and King were longtime friends before they exchanged “I dos” in a country-chic wedding on the grounds of Horton Farms near Bentonville, Arkansas, in 2015.

Last December, the pair admitted they already had babies on the brain. “The kids are coming,” said King. “We’ve been practicing.”

Now, as they prepare to become first-time parents, Duggar and King admit they’re both excited and a little nervous.

“The learning curve of being a new father is kind of terrifying, but at the same time equally astonishing,” said King.

“I’m over the moon about becoming a momma! I just can’t hardly wait!” said Duggar.