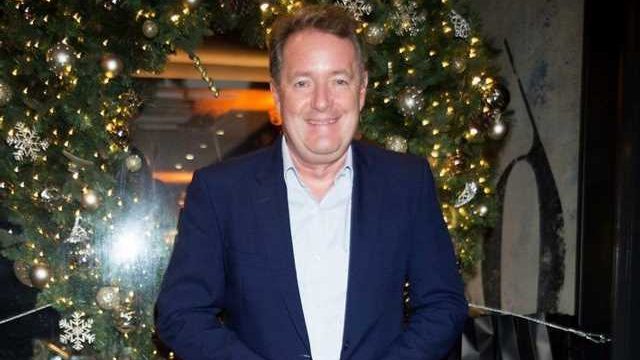 The former ‘Good Morning Britain’ presenter has found a new home at FOX News after leaving ITV following controversy over his remarks about Meghan Markle.

According to editors at The Hollywood Reporter, the former “Good Morning Britain” (GMB) host has signed a wide-ranging deal with both Fox News and News Corp., for a TV show that will air in the U.S., U.K. and Australia in 2022, see him published in Murdoch newspapers The Sun and The New York Post, and release books through the HarperCollins imprint.

Morgan began his career as a journalist at the media mogul’s U.K. tabloid The Sun.

The 56-year-old said in a statement, “Rupert Murdoch has been a constant and fearless champion of free speech and we are going to be building something new and very exciting together.”

“I want my global show to be a fearless forum for lively debate and agenda-setting interviews, and a place that celebrates the right of everyone to have an opinion, and for those opinions to be vigorously examined and challenged.”

“Piers is the broadcaster every channel wants but is too afraid to hire. Piers is a brilliant presenter, a talented journalist and says what people are thinking and feeling,” Murdoch added.

The Fox deal comes after Morgan left his job at “GMB” after comments he made about Meghan, Duchess of Sussex in March (21) following the airing of her explosive TV interview with Oprah Winfrey, during which she claimed her mixed-race background made members of the royal family uncomfortable.

Piers previously dismissed many of Meghan’s comments in her interview, including claims she had made about her mental health, explaining certain people within the royal family had told her there was nothing they could do for her after she said she was considering taking her own life amid an onslaught of racist attacks in the British media.

Morgan, who was taken to task for his comments by his colleague Alex Beresford, walked off the set of his live U.K. breakfast show, then quit the programme hours later.