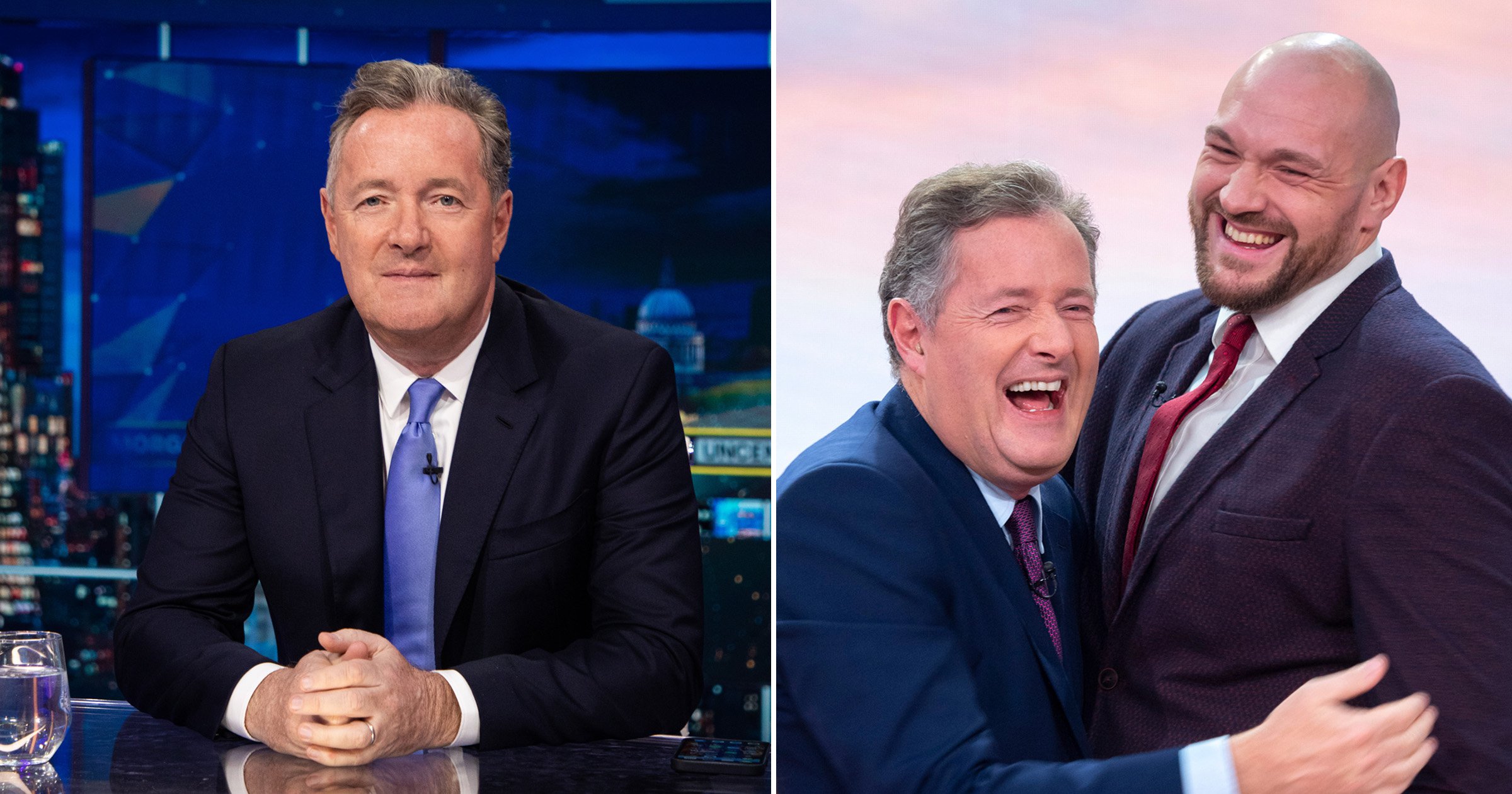 Piers Morgan has confirmed Tyson Fury as his next TalkTV interview, continuing his big launch week.

Tyson gained a spectacular knockout win on Saturday, in a fight versus Dillian Whyte, seeing him retain his heavyweight titles in front of a packed Wembley Stadium.

Following the win, he revealed that he will be retiring from boxing, saying moments after knocking out Dillian: ‘You know I promised my lovely wife Paris of 14 years that after the Wilder three-fight that would be it and I meant it. It was a great trilogy but I meant that.

Well, it seems Tyson’s next move will be to stop by Piers’ shiny new studios for his new series Piers Morgan Uncensored.

In a post on his Twitter account, broadcaster Piers, 57, wrote: ‘BREAKING: World Heavyweight Champion ⁦@Tyson_Fury⁩ will give me his first TV interview since retaining his title on Saturday to ⁦@PiersUncensored⁩ tomorrow night – LIVE! You won’t want to miss this..

The broadcaster has spoken out against the couple on several occasions, calling them out once again in the first episode of Piers Morgan Uncensored, a programme on which he promised he would ‘cancel cancel culture’ as part of his ‘mission statement’.

In his opening statement, Piers said he would ‘defeat this insidious, joyless societal scourge, with those most effective of democracy-preserving weapons – common sense, and truth’.

As an image of Meghan with a Pinocchio nose flashed on the screen, Piers said: ‘And that’s the truth, by the way, not your truth. And definitely not Princess Pinocchio’s truth.’

Addressing his viewers, Piers said that he will ‘always fight your corner’ and will ‘always have your back’ – that is, unless you’re deemed as ‘illiberal liberals who want to wreck anyone with an opinion you’ve ruled as offensive’.