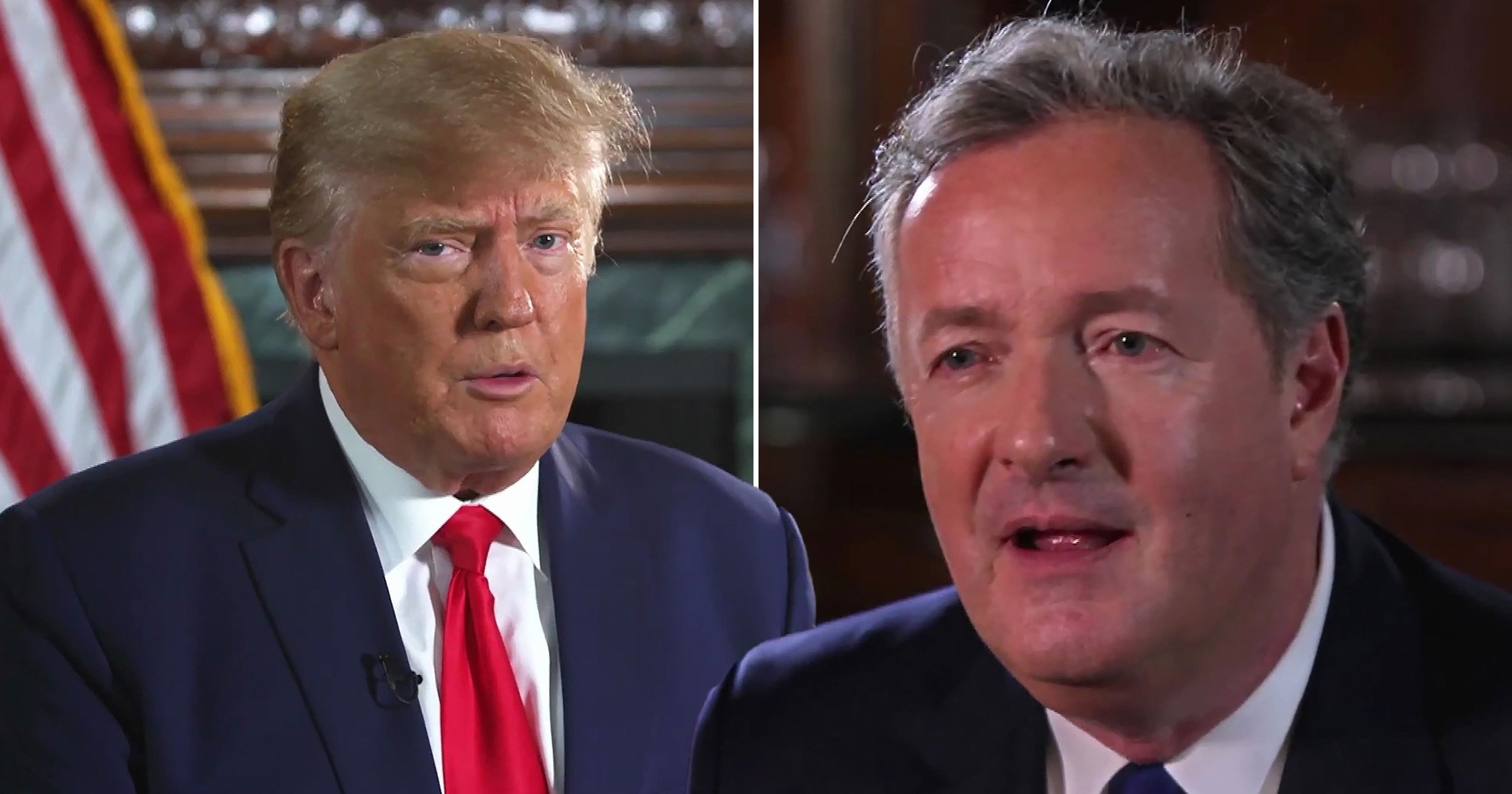 Piers Morgan has released a new teaser from his highly anticipated interview with Donald Trump, in which they discuss Russian President Vladimir Putin and the war on Ukraine.

The broadcaster is set to clash with the former US President in the first episode of his TalkTV news programme, Piers Morgan Uncensored, which will debut on Monday evening.

A trailer for the interview was released last week and appeared to show Trump storming out of the sit-down chat, but the ex-POTUS has since claimed the clip was ‘doctored’.

In a new preview, Piers is seen pressing his old frenemy on how he would handle President Putin and his nuclear threats amid Russia’s ongoing invasion of Ukraine.

Piers agreed: ‘That’s right. He’s preying off the fear,’ to which Trump continued: ‘He’s doing them because he thinks nobody’s gonna ever attack us. Because they’re all stupid, and they’re afraid to talk.

‘Instead of [US President Joe] Biden saying, “Oh, he’s got nuclear weapons”, he keeps saying he’s got nukes, we have better weapons that we have the greatest submarine power in history.’

When asked what course of action he would take if still in office, Trump stated: ‘I would say, we have far more than you do. Far, far more powerful than you. And you can’t use that word ever again. You cannot use the nuclear word ever again. And if you do, we’re gonna have problems.’

It appeared to be more of a calm exchange than the scenes shown in the explosive trailer last week.

The two are believed to have clashed over Trump’s false claims that the US Presidential election in 2020 was ‘rigged’ for President Biden to win.

Hitting out at the trailer, Trump said in a statement: ‘Piers Morgan, like the rest of the fake news media, attempted to unlawfully and deceptively edit his long and tedious interview.

‘He wanted to make it look like I walked out on the interview when my time limit of 20 minutes went over by an hour. The interview was very strong on the 2020 election fraud, with me calling him “a fool” if he truly believed those results.’

Piers fired back at Trump’s comments while thanking him for his time and a ‘great interview’.

‘Sorry you got so annoyed that I don’t believe the 2020 election was rigged or stolen from you, but as I said, where’s your proof?’ he continued.

‘If you have it, show us – or accept the result and move on.’

Piers’s 75-minute interview with Trump will begin airing on TalkTV from Monday.