Phillip Schofield and Holly Willoughby returned to This Morning last week after their summer break. However, as the pair kicked off today’s show, Phillip revealed he almost missed the show as his alarm failed to go off in time and Holly would have been forced to present the show alone.

The presenters opened the show sitting next to each other but Holly revealed that was almost not the case.

“You are lucky you’ve got two of us today because I was almost presenting the show alone, wasn’t I? Holly said.

“What happened to you today?” Holly asked.

“On your phone, you set your alarm from Monday to Thursday,” Phillip explained. 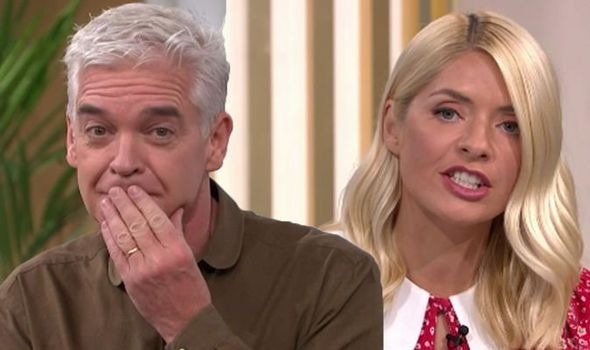 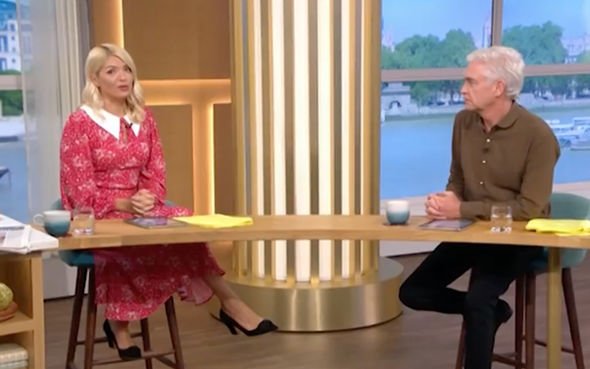 “Last week, it went off perfectly. This morning, it just didn’t bother.”

“How can that happen?” Phillip questioned.

“I don’t know how that can happen,” Holly remarked. 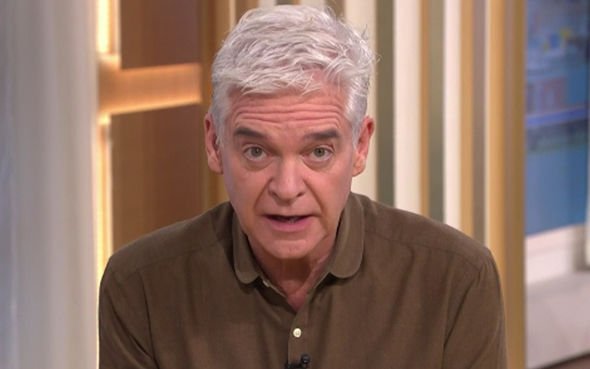 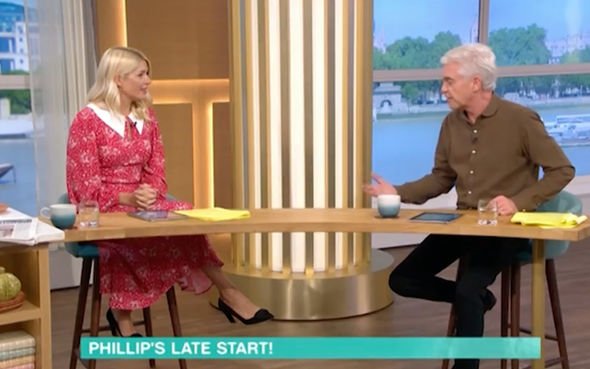 “That’s quite scary,” Holly quipped. “So you had a last-minute dash?”

Phillip replied: “Yes! It’s when you wake up and you look at your phone and your heart goes, ‘Boof!’”

“It happens once a year though,” Holly added comforting her co-host.

“At least you’ve got yours out of the way early on in the term.”

Elsewhere on This Morning, Holly and Phillip were left stunned when they spotted naturists behind Josie Gibson during her competition segment.

As the presenter explained what viewers could win, Holly and Phillip’s jaws dropped as they noticed the nude holidaymakers in the background.

Although their modesty was protected, ITV viewers could clearly see Josie was presenting from a nudist holiday camp.

The competition host then spoke to one of the members who revealed enquiries to join have skyrocketed in recent weeks.

Back in the studio, Phillip commended: “I don’t really know what to say.”

“That took me by surprise,” Holly echoed.

“I might join them later,” Josie joked before Holly quipped: “I’m looking forward to coming back to you!”

This Morning airs weekdays on ITV at 10am.