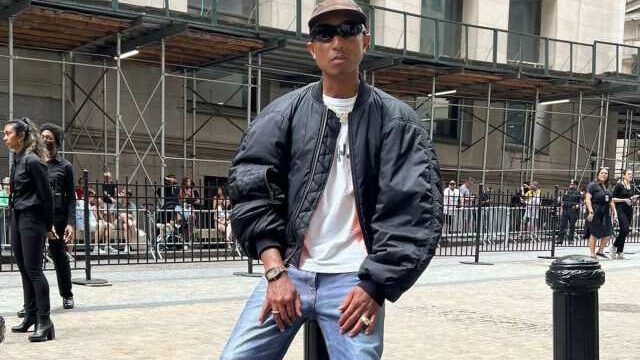 The ‘Happy’ hitmaker explains why he’s reluctant to work on movie scores, insisting movie composing is not for him because his specialty is creating ‘three- to five-minute’ songs.

AceShowbiz –Pharrell Williams admits he doesn’t have the “mental endurance” to create film scores. The N.E.R.D. singer, 49, describes movie composing as a “marathon” and thinks his specialty is the “three- to five-minute” song “race.”

“I am a Star Trek fan, but scoring is a whole other thing. It’s not for me,” he told The Guardian newspaper’s G2 supplement in a question-and-answer session with fans when asked if a ‘Star Trek’ film would be his ideal movie to score.

“There are all kinds of races, relay, marathons, cross-country, sprints. A film is a marathon. Every step has to be pencilled in to take people on a journey. A 15-second jingle would be a sprint. My speciality is the three- to five-minute race. I don’t have the mental endurance to stay on something as long as a film score. There’s a reason Hans Zimmer has two Oscars.”

“I always knew I was going to do music, I just never knew what – whether I would end up as a terrible music teacher or an art teacher who was always asking his friends to come over and play on the side. But this was how it was written and I give thanks every day.”

Dad-of-four Pharrell also said female artists should have “more agency” in the music business, adding “the idea that women only make 70 cents on a man’s dollar is still unacceptable.” He added about supporting non-gendered awards, “There’s something nice about celebrating woman as an individual species.”

“If the Academy Awards combined best male and female actor, that would be cool, because that’s something that needs to happen as a response to patriarchy and gender favouritism. But we shouldn’t lose sight of the gift that is the feminine aspect of women.”