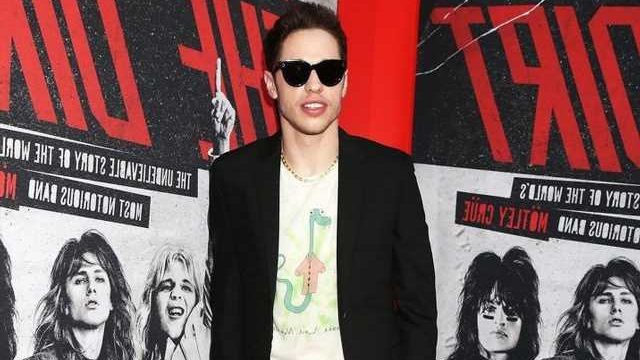 The ‘Saturday Night Live’ funnyman has invited fans to watch his DC superhero movie for free by renting out an entire movie theater in his hometown of Staten Island.

AceShowbiz –Pete Davidson rented out an entire movie theatre on Saturday (07Aug21) to allow his fans to watch “The Suicide Squad” for free.

The comedian and actor, who stars in the new DC Comics movie as Richard Hertz and his alter-ego Blackguard, encouraged his fans to head out to see the film by renting out the Atrium Stadium Cinema in his hometown of Staten Island, New York.

Pete hired out the cinema to provide two free showings of the movie – at 7.20 pm and 8 pm – and all fans had to do to get in was announce they were “friends” of the star.

In an Instagram post shared by theatre bosses, they revealed, “Staten Island comedian, @nbcsnl star and latest @thesuicidesquad villain #PeteDavidson wants to take you to the movies!”

“Come see ‘The Suicide Squad’ at Pete’s hometown movie theatre #AtriumStadiumCinemas Saturday, August. 7. Those who want to see the film FOR FREE must be present at the theatre on Saturday, August 7 and say they’re ‘Friends of Pete’ at the box office.”

“Tickets cannot be reserved beforehand, or online. Start lining up for 5 p.m. (and don’t forget to take a theatre selfie & send it to us!). (sic)”

James Gunn, the movie’s director, also shared the news, writing alongside an article about the kind gesture, “A gift for Staten Island residents from Pete Davidson. #TheSuicideSquad. (sic)”

The cinema’s owner, Gregg Scarola, later praised Pete for being a “really cool guy” who wanted to “give back to the community” by offering free screenings.

Speaking to SI Live, he said, “It was all Pete’s idea, he reached out to us saying he wanted to give back to the community. This is a type of movie that has to been seen on the big screen. We have our best screens and auditoriums ready to go.”

“He grew up in this community and it means a lot for him to reach out to us – a local theatre – not just a chain. Not enough has been said about what he does for the community, he’s a really cool guy.”