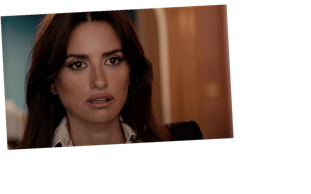 Universal Pictures’ debut this week of the trailer for its Simon Kinberg-directed spy thriller “The 355” has generated a bit of controversy over the casting of Penélope Cruz. The film stars the “Vicky Cristina Barcelona” Oscar winner opposite Jessica Chastain, Lupita Nyong’o, Diane Kruger, and Fan Bingbing in the story of a group of international spies forced to work together to recover a top-secret weapon. Each character hails from a different country, with Spanish actress Cruz taking on the role of Graciela, a Colombian psychologist.

An editorial from Variety published after the trailer’s premiere calls out “The 355” for casting a Spanish actress in a Colombian role and offers up a handful of Colombian actresses who could’ve taken the role of Graciela instead of Cruz. Chastain, who also produced the project, issued a statement to Variety explaining the casting decision.

“When I had the idea of making this film, we didn’t have a script or financing,” Chastain said. “Penelope was incredibly helpful in this regard. After conversations with our consultant, I brought her the idea that she could play a fervent agent from Brazil. She mentioned that it wouldn’t be right for her to play a character from Brazil, as the majority language is Portuguese.”

Chastain continued, “I realized that Colombia has a rich ethnic heritage, with approximately 80% of the population having European or mixed European heritage. We settled on a character who is a descendant from the colonization of Spain in the New World.”

“I understand that we are continuing to evolve how we think in terms of our cultural beliefs,” Chastain concluded. “When making this film, I wanted to move beyond nationalism and understand the international common thread that connects us all. At the end of the day, it wasn’t important where the characters came from, but that they all come together to form an alliance beyond borders.”

“The 355” also stars Sebastian Stan and Édgar Ramírez. The cast originally included Marion Cotillard in Kruger’s role and was one of the buzziest packages to hit the 2018 Cannes market, where it sold to Universal in a deal reportedly worth $20 million.

Universal Pictures is scheduled to release “The 355” in theaters January 15.