Sam Heughan plays the ultimate 18th-century Scottish highlander, Jamie Fraser, in the STARZ time-traveling drama Outlander. For five seasons (so far), Heughan has sported Jamie’s signature red hair and a ripped physique that allows him to take out any opponent.

He also regularly refers to Claire (Caitriona Balfe) as his “Sassenach” through that thick Scottish accent. But fans might be surprised to learn that not everyone thought Heughan was “Scottish enough” to play Jamie when he was first cast. 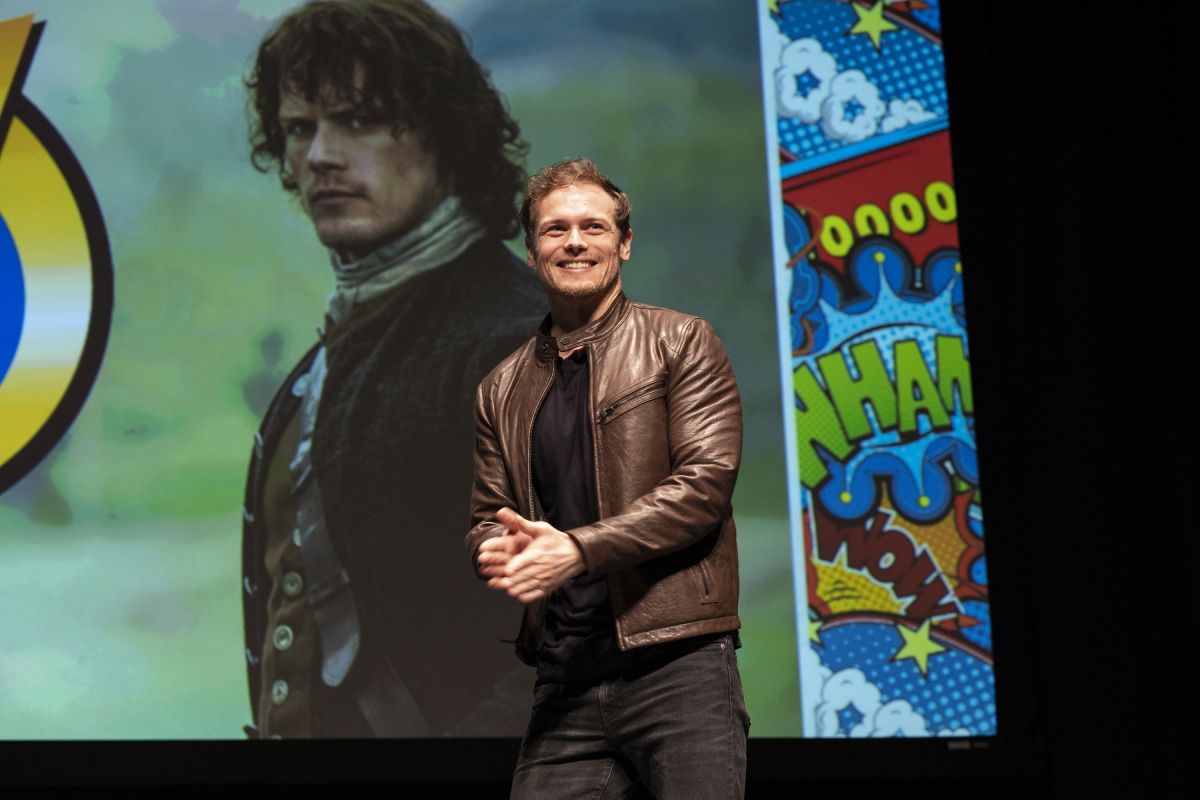 Immediately after it was revealed that Heughan had landed the role of Jamie in the TV adaptation of Diana Gabaldon’s popular book series, there was fan backlash. Fans were unhappy that he wasn’t a natural redhead and 100 percent Scottish. Others complained that he was too young, or didn’t have the proper physique.

According to OutlanderTVNews.com, Gabaldon quickly took to her Facebook page to defend the choice of Heughan in the role. The author shared a handsome “unauthorized” photo of Heughan before his transformation into Jamie. It featured the actor with short brunette hair. But then, she added a second that showed Heughan after getting his hair dyed red.

“Just one more…These are totally unauthorized photos, btw (wheedled them out of the production people), but I do have both Sam’s and the production team’s permission to post,” Gabaldon wrote. “I’m highly partial to young men in white T-shirts, myself <cough>, but this one’s pretty good, too.”

She then went on to explain her thoughts as to why Heughan was the perfect Jamie.

Gabaldon was confident Heughan could transform into Jamie Fraser

After sharing two photos of Heughan – who was then an unknown actor – Gabaldon asked her fans if they knew what an actor does.

“No, really. Do you?” Gabaldon asked. “They do what I do — they make magic happen. They do it with their faces and bodies, while I do it with words, but it’s essentially the same thing, and they create something that wasn’t there before.”

The author went on to explain that it sometimes helps to have a rough physical outline for a particular role. But, most of a physical resemblance isn’t necessary because appearance is mutable. She also noted that things like height and general build aren’t really important if “an actor can act.”

“Now— I think this point may just possibly have escaped a few thousand of you, so let me restate it: Jamie is TWENTY-TWO in OUTLANDER, and a virgin. And as the producers do understand and respect the story very much, they wanted a guy who could believably be a twenty-two-year-old virgin,” Gabaldon wrote.

When Gabaldon was finally able to watch Heughan’s Outlander audition tapes, she says he looked completely different compared to all of his pictures. The author assured fans that they wouldn’t be disappointed when they finally saw him on screen.

“And then, I sit down at my computer, in a lather of trepidation and excitement, to watch the audition tapes. First five seconds, I’m interested—he looks totally different than he did in any of the stills – and five seconds later, Sam Heughan’s GONE, and so am I,” Gabaldon said. “It’s Jamie Fraser, right there in front of me, moving, talking. One of the biggest thrills ever.

And that’s what actors do. Good ones. They can be someone else, totally.”

Gabaldon told skeptical Outlander fans that the bottom line was simply this — Heughan showed up and “he was Jamie.” She also told those who had envisioned Chris Hemsworth in the role that they were wrong, and the character didn’t look like that at all.

Heughan is part Scottish and part English. And in the seven years since he landed the role, it would be hard to find a fan that didn’t think Heughan wasn’t a great fit for the character. Now, Heughan has everyone convinced that he’s a 100 percent Scottish redhead in real life. When fans meet him now, they are shocked.

The first five seasons of Outlander are available on the STARZ app and Amazon Prime Video.