Husband and wife duo Amanda and Clive run a 2,000-acre farm and manage their flock of around 1,000 sheep.

They also have an assortment of other animals, while simultaneously raising their nine children.

The couple run a B&B on the farm as well and cater afternoons teas which are popular with many walkers and passers by tackling the Coast to Coast walk.

Our Yorkshire Farm has had an average of 2.3million viewers tuning in, beating BBC and ITV rivals in the 9pm slot. 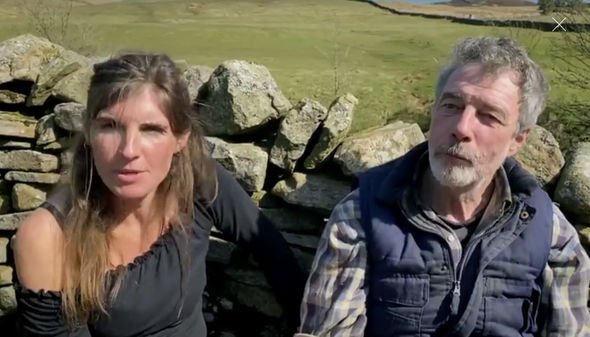 As for why Amanda thinks the show is so popular, she explained: “I think people appreciate the normality of it and the honesty of it.

“I came downstairs and the kids were watching it the other night and all I could see was a long, lingering shot in the living room with some peeled off wallpaper. When I looked at it the piece of wallpaper was still there, so I pulled it off.”

She also said how the family’s authenticity is integral: “So much in the world today is about putting people on a pedestal and reality TV where everything’s perfect and it’s an unachievable dream. 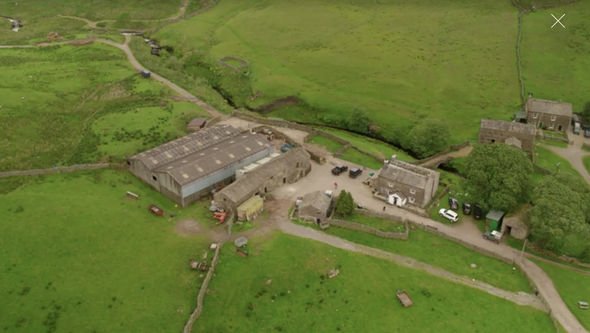 While many think Amanda and Clive are leading an idyllic life, the winter brings a tough climate and it is a “struggle” to keep some animals alive.

“[There are] storms and incessant floods…[we] struggle to keep things alive and then see them die. This is what it’s like for a lot of people, life is a struggle at times and you don’t always win,” Amanda explained.

The Yorkshire Shepherdess appeared on Jeremy Vine yesterday to discuss her new series and how Spring is a “busy time” for her and the farm.

“It’s lambing time, so it’s chaos today,” the mother of nine said holding a newborn lamb in her arms.

“The thing is, they don’t stay pet lambs for long, [bottle feeding them] is a temporary thing, we want to find a foster mother, so we don’t get too attached – the best thing for a lamb is to be with its mother,” Amanda added.

Her daughter, Clemmie, also appeared on the show and said she had been up and about since 6.30 am.

“She was heading across to fields to sort out the lambs,” the farmer said.

Our Yorkshire Farm airs tonight at 8pm on Channel 5.