Oprah Winfrey and Prince Harry are bringing conversations about mental health to Apple TV+. The streaming service officially announced the pair’s long-awaited docuseries, The Me You Can’t See, earlier this month, and it’s set to debut on Friday.

The series will feature illuminating interviews with mental health experts as well as public figures who have struggled with and worked to overcome their own mental health issues.

According to Apple TV+’s official announcement, the series will feature the media mogul and the British philanthropist as they “guide honest discussions about mental health and emotional well-being while opening up about their mental health journeys and struggles.”

When does The Me You Can’t See premiere? All episodes of the docuseries will release on Friday, May 21 on Apple TV+.

How to watch:Sign up for Apple TV+ to watch The Me You Can’t See. The streamer is offering a 7-day free trial, after which the service costs $4.99 per month. Additionally, purchasers of select Apple products will receive a free year of the Apple TV+. You can visit Apple TV+’s website for more details. 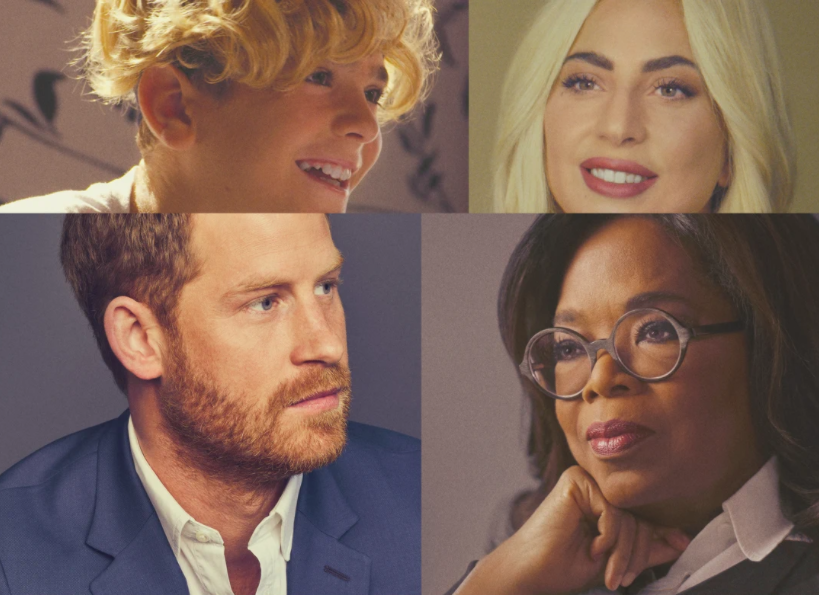 Who will appear in the series? The series will feature appearances and discussions with celebs, experts and athletes including Lady Gaga, Glenn Close, Olympic boxer Virginia “Ginny” Fuchs, celebrity chef Rashad Armstead, NBA stars DeMar DeRozan and Langston Galloway, and many others.

What have Winfrey and Prince Harry said about the project? “Now more than ever, there is an immediate need to replace the shame surrounding mental health with wisdom, compassion, and honesty,” Winfrey shared in a press release. “Our series aims to spark that global conversation.”

The Duke of Sussex said of the upcoming project, “We are born into different lives, brought up in different environments, and as a result are exposed to different experiences. But our shared experience is that we are all human. The majority of us carry some form of unresolved trauma, loss, or grief, which feels — and is — very personal.”

“Yet the last year has shown us that we are all in this together, and my hope is that this series will show there is power in vulnerability, connection in empathy, and strength in honesty,” Harry added in his statement.

The Me You Can’t See premieres on Apple TV+ on May 21.