Les Dennis and Paul Whitehouse joined Alison Hammond and Dermot O’Leary in the This Morning studio on Tuesday to discuss what it’s like to share the iconic role of Grandad in Only Fools and Horses the musical. Paul, who co-wrote the production with Jim Sullivan, opened up on the writing process and how he put the musical together.

Paul wrote the musical with Jim, the son of John Sullivan who created the original comedy.

Alison and Dermot quizzed Paul on his love of the sitcom and how he was inspired to write the show.

Dermot asked: “Did you get a chance to sit down with the [original cast] when you were writing the musical?”

“No, not at all just Jim [Sullivan] and Jim has got an encyclopaedic knowledge of everything that went on.” 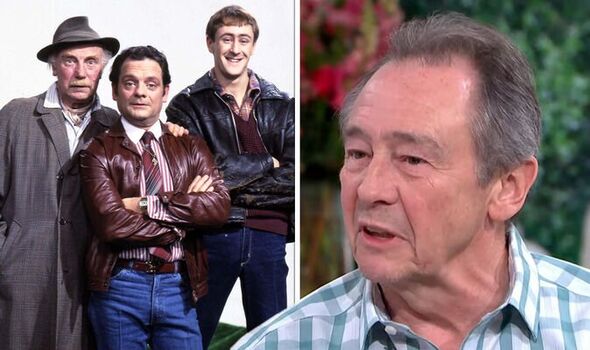 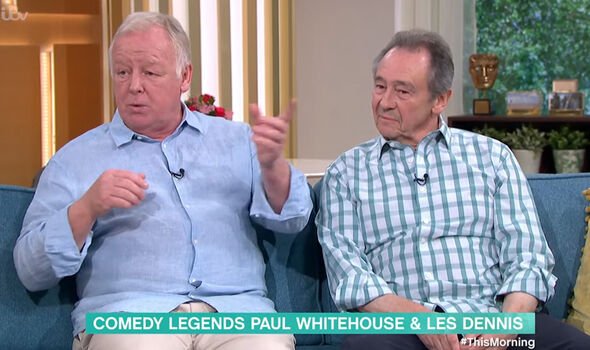 “I was a fan from the early days,” Paul continued.

“I know that John Sullivan wanted to base the plot on the episode Dates where Del meets Raquel.

“So we used that as a starting point and then I tried to get in all the gags that everyone wants to see or at least mention.”

Les recalled a moment during his performance in the musical the night before. 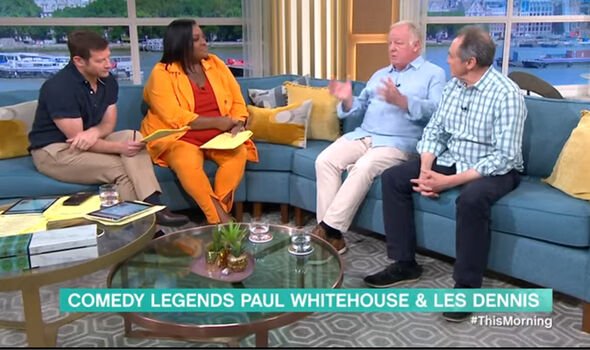 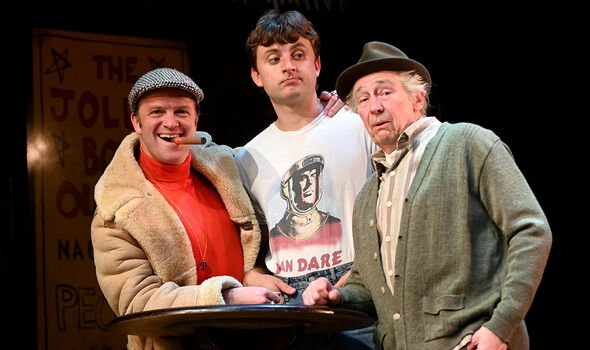 “Last night they just mentioned ‘you’re the Robin to my Batman” and a bloke in the audience just started giggling because he remembered that iconic scene,” he explained.

“My son Tom loves that he laughs like mad when he sees it.”

In the iconic episode titled Heroes and Villains, Del Boy (played by David Jason) and Rodney Trotter (Nicholas Lyndhurst) are invited to a fancy dress party.

The brothers dress up as Batman and Robin but are forced to run through the streets when their van breaks down.

Explaining why he decided to let Les take over the role, Paul admitted he wanted to have time for other projects such as Mortimer and Whitehouse: Gone Fishing.

He said: “I’m so old that now I’m only allowed out for a bit and then I have to lie down in my coffin for a few months, regenerate and come back.”

Paul described himself and Les as both playing Grandad in a “job share” role.

“I thought it would be a good way to do the show,” Paul continued.

“Every few months we swap because we’re getting on a bit so we can only manage so much.”

Meanwhile, Les admitted he met Leonard Pearce and Nicholas Lyndhurst when they were both filming Only Fools and Horses years previously.

He explained they were filming in the same studios and the actors performed a sketch for him as Rodney and Grandad.

This Morning airs on ITV on weekdays at 12.30pm