OLLY Murs has insisted his girlfriend Amelia Tank WANTED to be thrown face first into the swimming pool.

The singer took to social media to defend his actions – which fans were 'fuming' over. 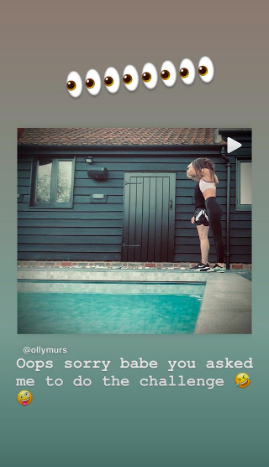 The blond star wrote on Instagram: "Oops sorry babe you asked me to do the challenge."

The pair were filming a TikTok video when Olly dropped Amelia face-first into the pool – with Amelia later jokily commenting: "Remind me NOT to ask you do a TikTok challenge ever again."

Michelle Keegan and John Terry were among celebs to comments, with Our Girl actress Michelle writing: "Oh my god!!!! 😂🙈🙈 I would of killed you!!!!" And stylist Lou Teasdale added "Omg fuming".

"This girl deserves some serious treats after lockdown!" shared one fan while others left laughing emojis at Olly's brutal prank. 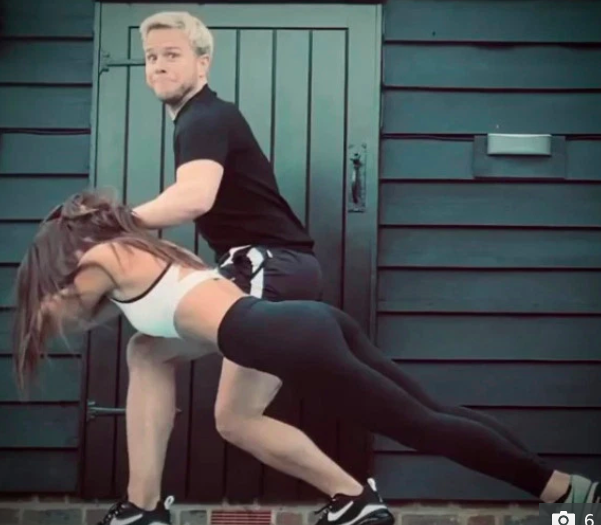 The pair are living together amid the coronavirus lockdown and he previously admitted boredom was getting to him.

In one video shared days prior, Amelia could be heard screaming "for f***s sake!" after he pulled down his trousers and farted on her before running away.

He rapped "bored in the house and I'm in the house bored…" before he strutted into their bedroom, turned around, and let one loose as Amelia sat on the bed reading her phone.

She soon hopped off the bed and sprinted after The Voice UK judge and fans are yet to find out if she caught up with him. 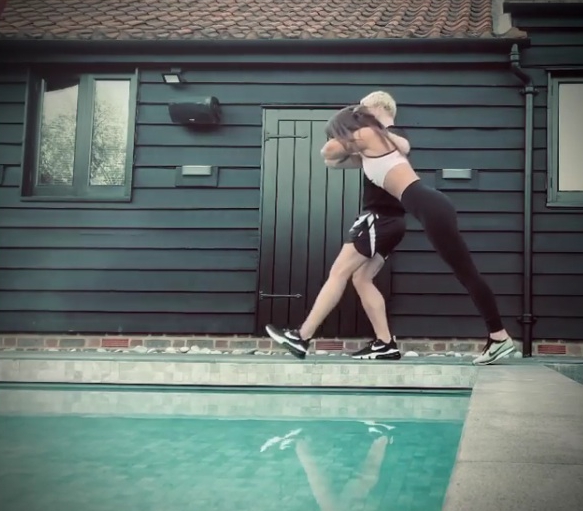 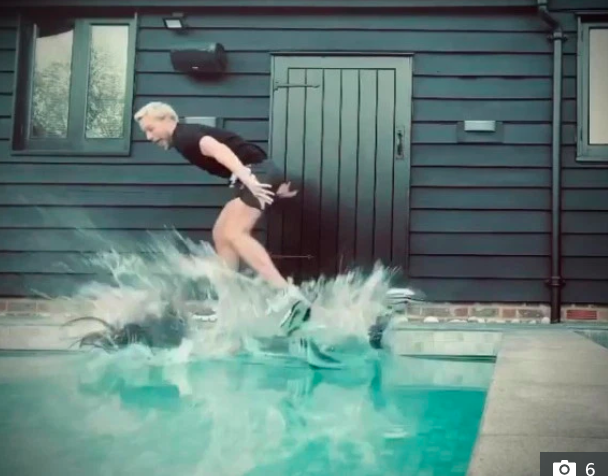 But Olly told them in a hashtag beneath the TikTok challenge: "NOT DUMPED YET."

Olly has been feeling extra energetic in self-isolation and even showed fans his huge bulge in his white pants yesterday.

Dancing in his bedroom – he confessed his girlfriend could kick him out after waking her up early.

The singer was in high spirits on Saturday and refused to allow Amelia to snooze.

Showing off his incredible weight loss, the star put on Get Up (Everybody; Parade Mix) by Byron Stingily, then danced around his bedroom.

Olly jumped on the bed, jigged and even swung from the roof beams

In the background, his tired girlfriend let out a light moan.

He captioned the video: "I think I'll be dumped by the end of self-isolation."