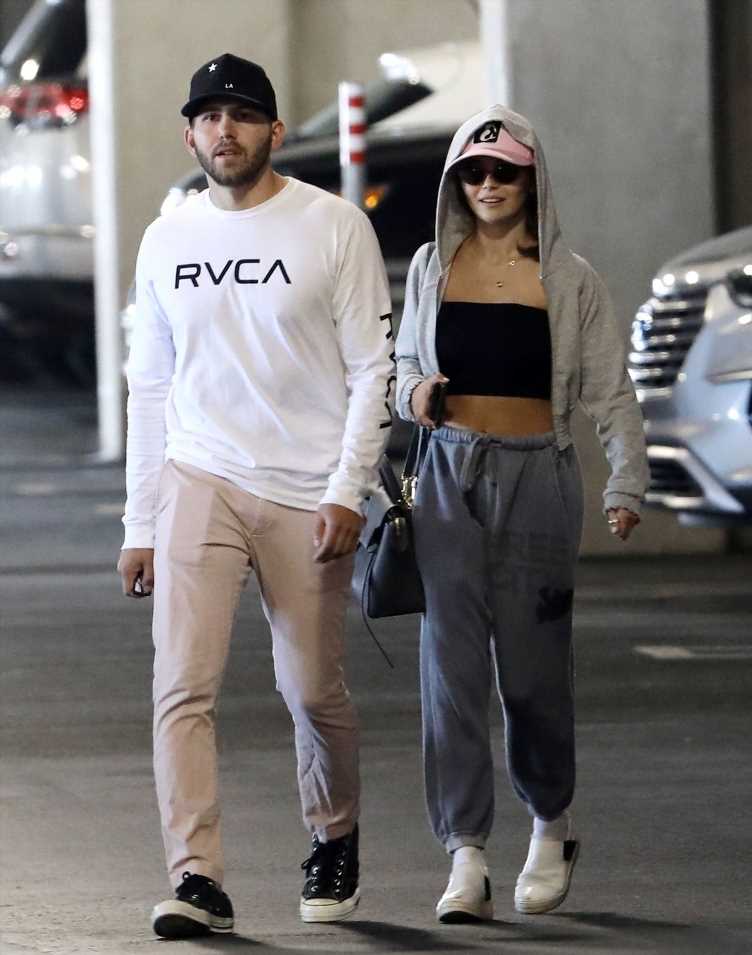 Looks like Lori Loughlin‘s daughter Olivia Jade is doing some redecorating after moving out of her parents’ home.

On Friday, Olivia Jade, 19, was seen shopping at Ikea in Burbank, California, according to video obtained by TMZ.

While in the parking lot, Olivia Jade was accompanied by her boyfriend, model/musician Jackson Guthy, who was pushing a shopping cart with a singular item in it. Despite being questioned about the ongoing college admission scandal, Olivia Jade, who wore matching grey sweats with a black crop top and a pink baseball cap, remained silent on the matter.

PEOPLE previously reported on Friday that Olivia Jade moved out of Loughlin and Mossimo Giannulli‘s Bel-Air mansion in order to help escape the media circus over their alleged involvement in the college admissions scandal.

“Olivia is doing well. What’s going on with her parents is still upsetting to her, but she is also trying to focus on her own life as well,” a source told PEOPLE. “Her parents still face a lot of media attention. There is paparazzi at the family house every day. It’s very stressful for everyone. Olivia has decided to move out for now. She doesn’t want to be followed when she leaves her home.”

Her rep had no comment when reached by PEOPLE.

The source went on to add that Olivia Jade is working to rebuild her once-booming social media business and turning to her closest friends for support. (She lost several partnerships and endorsement deals after the scandal broke.)

“She wants to focus on rebuilding her business,” the source said. “She spends time with friends and other vloggers that inspire her.”

Last month, Olivia Jade was seen hanging out with YouTubers Heath Hussar and David Dobrik, and she’s been spending time in Malibu with her boyfriend.

On March 12, the U.S. Attorney’s Office in Massachusetts announced that it had charged 50 people, including actress Felicity Huffman, Loughlin and Giannulli, in the cheating scandal. Along with coaches, admissions counselors and fellow parents, they were accused of alleged crimes such as falsifying SAT scores and lying about the athletic skills of their children.

Prosecutors alleged that Loughlin, 54, and her husband, 55, paid $500,000 to admissions consultant William “Rick” Singer and his nonprofit organization, Key Worldwide Foundation (“KWF”), which prosecutors said was actually a front for accepting bribes, to have their daughters designated as recruits to the USC crew team — despite the fact that they did not participate in crew — thereby facilitating their admission to USC. (Neither Olivia Jade nor Isabella Rose, 20, are listed on the USC women’s rowing roster.)

Singer has since admitted his role as the ringleader of the scam and has pleaded guilty to multiple charges. Huffman is also pleading guilty and has apologized.

Loughlin and Giannulli were indicted on an additional charge of fraud and money laundering in April.

If convicted, they face up to 20 years in prison for each charge. Their attorneys have not returned PEOPLE’s requests for comment.

A source previously told PEOPLE the couple didn’t intend to do anything illegal.

“When they fight this, they’re going to give a lot more nuance and mitigating circumstances that will help put their alleged actions into context,” the source said. “The bottom line is that they just didn’t realize that what they were doing was illegal.”