The Bachelor isn’t even over yet and the poor souls at ABC are already making plans to film The Bachelorette. Production is set to begin this March and a location (Jasper Lodge in Alberta, Canada!) has already been booked. The only thing missing? An actual Bachelorette, lolz.

ABC will likely announce their leading lady during After the Final Rose (though this season won’t be live, so they’ll have to worry about leaks) or on Good Morning America. Either way, they need to pick someone soon and are almost definitely already deeeeep in the casting process.

There are no official spoilers yet about who our next Bachelorette is, but there’s basically a 10/10 chance it’s going to be one of the following five women: Kelley Flanagan, Abigail Heringer, Michelle Young, Katie Thurston, or Bri Springs. How do we know? A combination of spoilers, logic, sleuthing, and past Bachelorette trends. Also, I was serious about that spoilers thing—there are a million of them coming straight at you so consider yourself warned 😈.

Kelley is a natural fit for Bachelorette. Fans liked her no-f*cks-given attitude on The Bachelor, and she’s managed to stay in the spotlight post-show—meaning there’s built-in audience interest. And more importantly, she hinted that she’s down! 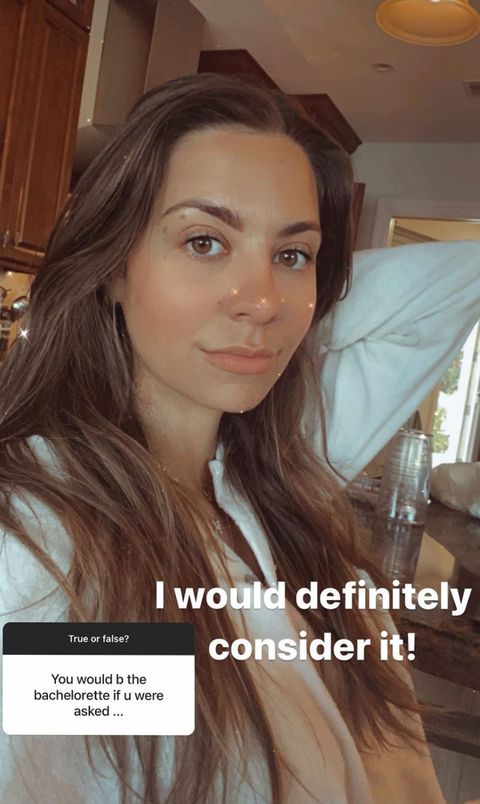 And then there’s the fact that Entertainment Tonight reporter Lauren Zima wrote THIS on one of Kelley’s recent posts:

Ahem, considering that Lauren also happens to be Chris Harrison’s girlfriend, feel free to read allllll the way into that ^.

Abigail Heringer is currently on Matt James’ season of The Bachelor, and according to Reality Steve, she finishes fifth. It’s not uncommon for producers to pick someone from The Bachelor’s finalists, and Abigail is already a huge favorite among fans, so she’s definitely a contender: