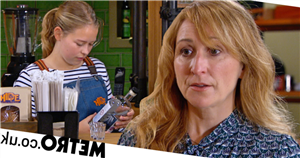 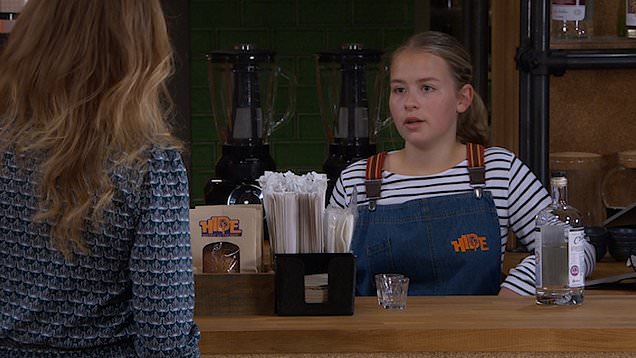 Liv Flaherty (Isobel Steele) struggles to resist the urge to have a drink in upcoming Emmerdale scenes, as she’s tempted by alcohol while at work.

The popular character, who has been battling with her addiction to alcohol, has resolved to give up the booze, after she was hospitalised several weeks ago.

She promised better Aaron Dingle (Danny Miller) that she would do whatever it takes to get better, and she subsequently attended an online support group, before admitting that she is an alcoholic.

Liv then landed a job up at HOP, after Laurel Thomas (Charlotte Bellamy) found out that she was in need of work, and she’s been determined to prove she’s serious about her recovery ever since.

In scenes, which will air next week, she’s forced to work behind the bar while Amy Wyatt (Natalie Ann Jamieson) tends to a delivery, but when a young duo ask her to serve them alcohol, she’s tempted to have a sip herself.

Laurel walks in on Liv, and informs her that she shouldn’t be there, before offering to take over.

‘I don’t want it to be a problem’, says Liv in emotional scenes.

Laurel, who is also an alcoholic, sympathises with Liv, telling her that she’s been there too, and praises her for resisting the urge.

‘If you ever need to talk to anyone, you know you can [talk to me], anytime,’ adds Laurel.

‘This was your first test and you passed it,’ she continues, before instructing Liv to take the rest of the day off.

Emmerdale airs these scenes Tuesday August 24 at 7pm on ITV.