Paul (played by Stefan Dennis) and Terese’s (Rebekah Elmaloglou) marriage is in its strongest footing at the moment of Neighbours. With Pierce Greyson (Don Hany) out the way, the pair have become the ultimate power couple on Ramsay Street as the sole owners of the Lassiters Hotel complex. The only time the husband and wife have ever hit any hurdles in their relationship is when the businessman’s former lovers decide to rear their head and cause trouble. It seems Melanie’s (Lucinda Cowden) return could spark some mischief, but could it bridge a gap between Paul and his beloved partner on the Channel 5 soap?

The actress who plays Melanie, Lucinda, is gracing the streets of Erinsborough for the first time in 30-years as her character is featuring in a guest stint.

This will initially revolve around Sheila Canning (Colette Mann) as she attempts to break up Clive Gibbons (Geoff Paine) and Jane Harris (Annie Jones).

However, this will later result in the former face of Ramsay Street interacting with friends both past and present.

Unfortunately, it seems her reunion with Paul will be somewhat of a game of cat and mouse as the businessman is forced to relive the night of passion the pair spent together three decades ago.

It has never been easy when the schemer has had to come face-to-face with one of his former lovers, so could Melanie make things difficult for him and Terese? 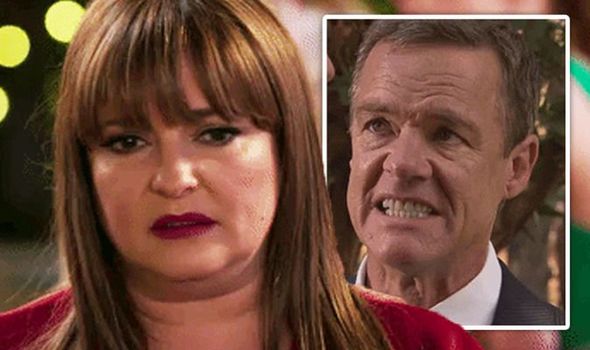 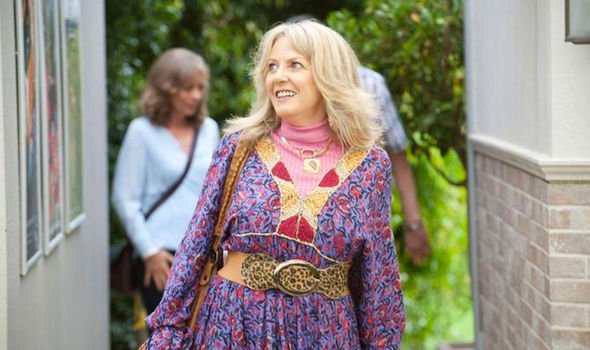 Melanie was introduced to viewers for the first time in 1987, just two years after the show made its debut on the television.

During her original stint on the weekday serial drama, the beloved character’s storylines crossed over with Paul’s on a few occasions.

Therefore, the pair could have a rather colourful history together, aside from sleeping together, and one the businessman would rather his wife didn’t know about.

Discussing making a comeback after so long, soap star Lucinda has teased there is some awkwardness between her ate-ego and the hotel owner. 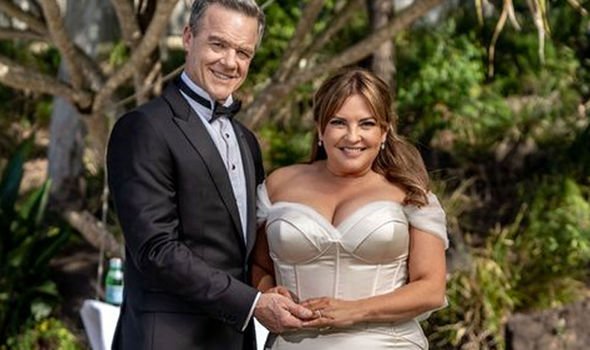 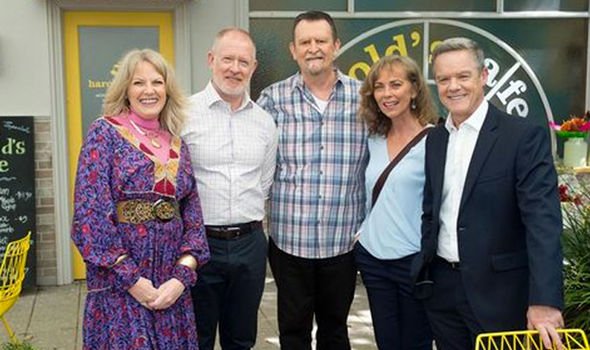 Paul hides from her

Lucinda explained: “Initially, Paul hides from her, and that goes on for a couple of weeks. The good thing about Melanie, though, is that you can always hear her coming,” she told Inside Soap.

When she does finally get her hands on her former lover, however, will Melanie force him to confront his past with her?

In doing so, he might have to disclose to Terese a moment from his youth he isn’t proud of and has never told anyone else.

Seeing her husband in a whole new light, the businessman’s wife could decide to call time on their relationship once and for all.

Having had enough of all the secrets and lies they’ve shared over the years, will Terese come to the conclusion they’re better off apart?

Speaking with Express.co.uk, Lucinda also hinted her character will bring a whole fresh load of trouble to Ramsay Street.

The soap star said: “It’s never plain sailing for Melanie, but she always has the best intentions.

“She is one of those people who is never trying to make anything more difficult for anyone, but manages to just the same!”

“So because she’s like that, she does find her self in pickles a lot, as she wants to go the extra mile to help people if she can,” Lucinda added.

“And also, she’s loud and she can put people’s noses out of joint and say things without thinking sometimes – she’s lacking in the filter!”

This could very well be a hint the character is going to nestle her way into Paul’s relationship but with only the best of intentions.

If she does cause the past to split, will she work her magic to try and bring them back together before she leaves?