Neighbours’ Elly Conway (Jodi Anasta) has been hiding a shocking secret from Mark Brennan (Scott McGregor) about the paternity of her unborn child.

The Neighbours cast member had a one-night-stand with Shaun Watkins after Mark struggled to be intimate with her after their wedding, and got pregnant.

However, she and Mark quickly reconciled after the ruined wedding when she told him she was pregnant, which turned out to be a mistake, but then couldn’t bear to tell him that he wasn’t the father of her child after her brief fling with Shaun, as it would reveal she had cheated.

Elly’s lies have been spiralling out of control, with viewers sickened as they watched her use Mark’s late baby Caitlin’s 12-week scan in a bid to cover up that she wasn’t as far along as Mark thought her to be.

However, the truth is finally going to come out as Elly realises she can’t bear to keep the secret anymore, and it is all thanks to her ex Finn Kelly (Rob Mills).

After she reluctantly reveals her secret to him, she later panics and thinks he will tell Mark the truth, makingn her realise she needs to beat him to it.

Despite Finn insisting he wouldn’t cause trouble for her, Elly reveals the truth, and a devastated Mark ends their marriage. 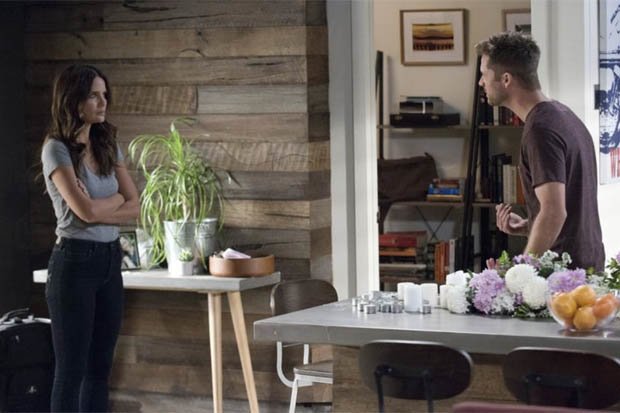 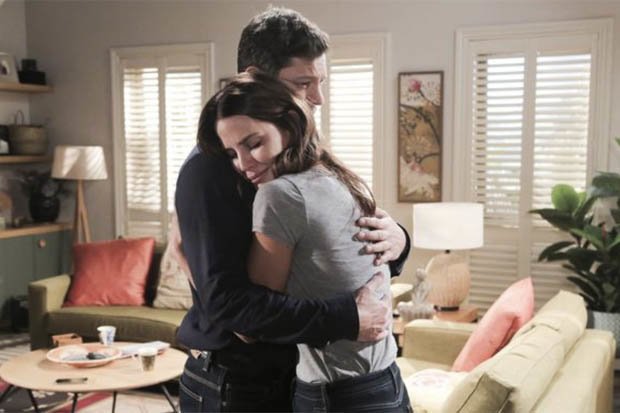 In a savage blow, Mark tells her he only took her back after she cheated on him with Chloe because she was pregnant, not because he loved her.

As Elly realises this is the end of her and Mark forever, could this push her closer to Finn, who she realises only had good intentions towards her?

Finn has seemingly become a good person again after suffering amnesia, perhaps giving them a good chance to start again. 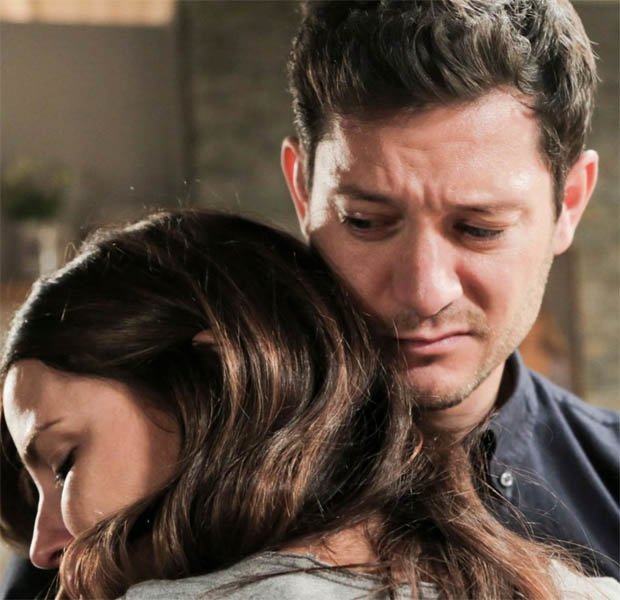 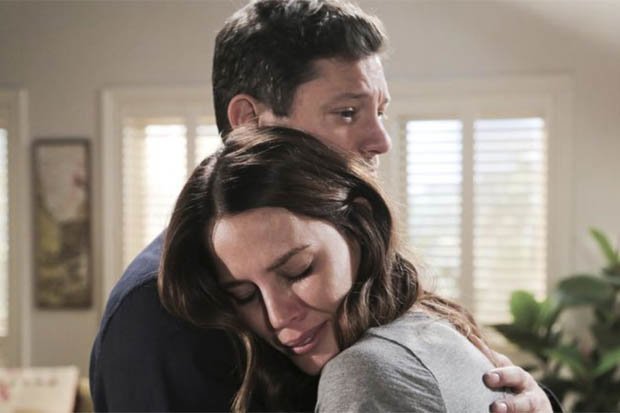 Now that Finn knows his brother is going to be the father of Elly’s baby, could this push him to spend more time with Elly so he can be there for his future niece or nephew?

They certainly look very cosy in the spoiler pictures…