The NCIS Los Angeles season 10 finale, titled False Flag, will air this Sunday (May 19) on CBS. The trailer for the episode reveals that JAG star Catherine Bell will return to join former co-star David James Elliott in the episode. The NCIS LA season 10, episode 24 promo also reveals what will happen in the series finale. Sky One will air the NCIS LA season 10 finale on Sunday, June 9.

What will happen in NCIS Los Angeles season 10, episode 24?

However, the season 10, episode 24 trailer reveals that the potential attack aircraft carrier may be the titular ‘false flag”.

The preview reveals this when Callen says: “The ship may not be the target.” 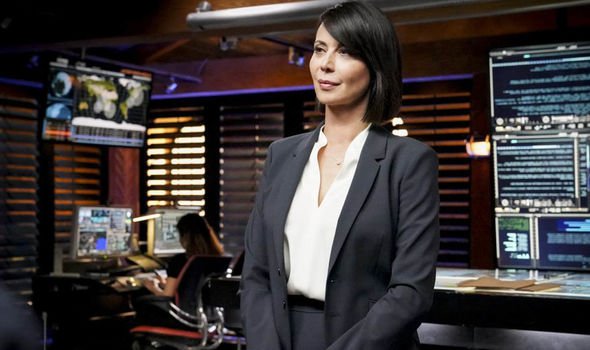 G’s statement comes after the revelation in the previous episode that the onboard death that started the NCIS investigation may have been a Russian state-sanctioned operation.

This explains why Hetty chooses to reach out to a diplomat from the country in the series finale.

However, the preview mostly teases the episode’s special guest stars.

WHO IS IN THE CAST OF NCIS LOS ANGELES? 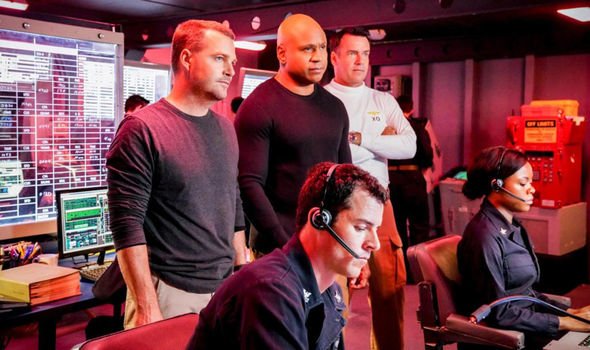 Harmon Rabb, Jr. appeared in the previous episode of NCIS Los Angeles, but in False Flag he is joined by his will they/won’t they love interest from JAG, Sarah Mackenzie.

In the trailer, we see their first reunion since the CBS series ended in 2005.

They see each other over a video conference call, Sarah says to Harmon: “XO [executive officer] …it’s good to see you.”

He replies: “You look great,” suggesting their flirtatious spark is still there.

Elliott told TV Insider: “They haven’t been in touch for some time. There’s been some distance. 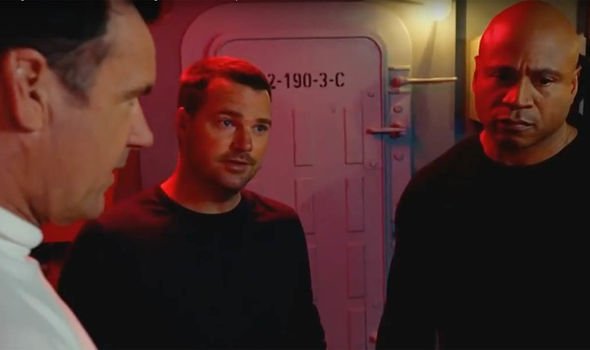 “But we work together again and interact and get along very much like we did back then.”

Some fans have been speculating that the episode will not only set up another series of NCIS LA, but also a JAG reboot.

Elliott told the New York Post: “Hey man, who knows, maybe this is just the beginning of more adventures to come.”

NCIS LA has also been confirmed for season 11 by CBS, meaning we could have more JAG cameos in the series to come.