NCIS season 18, episode 11, titled Gut Punch, saw quite the shake-up for the likes of Gibbs (played by Mark Harmon), Torres (Wilmer Valderrama) and the rest of the team. At the office, Torres, Bishop (Emily Wickersham) and McGee (Sean Murray) found themselves being punished by director Vance (Rocky Carroll) as a new team stepped into their shoes. Gibbs, on the other hand, was adapting to life while suspended – and came face to face with a new figure in the CBS drama hoping to get to know him.

That figure was investigative journalist Marcie Warren (Pam Dawber) who ambushed Gibbs as he dined alone twiddling his thumbs as he contemplated his future.

Spotting Gibbs enjoying his coffee and reading the newspaper in the diner, Marcie approached and introduced herself.

“You got a funky little place here, Gibbs?” Marcie said as she tried to strike up conversation – unaware Gibbs knew all too well who she was.

“I bet there’s lots of stories that go along with that plate of bacon and eggs,” she added. 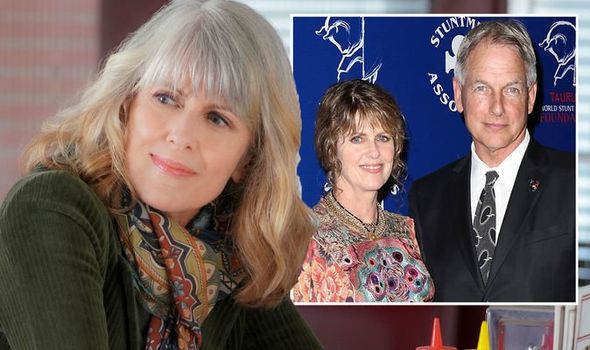 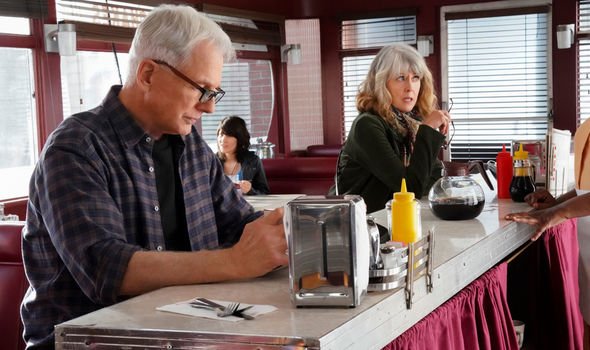 Aware of Marcie’s intentions, Gibbs stayed stern before outing her: “You would know.”

As Marcie began to question what he meant, Gibbs showed her the byline of her name which had been printed in the paper.

“Look, your bosses are refusing to return my calls,” Marcie eventually admitted.

“So I thought I’d go straight to the source,” she added, resulting in Gibbs walking out of the diner and leaving Marcie empty-handed. 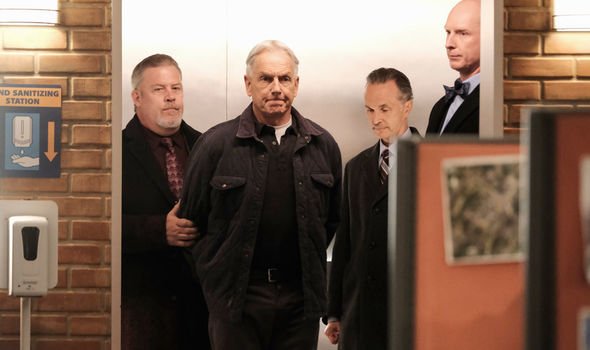 As the episode continued, Marcie made it clear she wasn’t going anywhere, teeing up an intriguing storyline between the two.

However, Marcie’s introduction has also opened a can of worms among the NCIS fandom.

Will her introduction result in Gibbs’ permanent departure from the team or show? And is Marcie staying around for the long haul.

Actor Dawber has spoken out on her NCIS stint and tried to shed some light.

Speaking to TV Insider, Harmon’s other half admitted her “fear rockets flew off” when she first toyed with the idea of starring alongside her husband.

“I haven’t acted in so long,” she explained. “It’s also, at my age, do you really want to be on a big screen?”

However, Dawber did eventually talk herself round to a stint on the show.

She admitted: “I finally thought I’d feel worse if I chickened out.”

However, those expecting Dawber to remain in NCIS for a possible 19th season and beyond are in for some bad news.

The actor, who’s also starred in More & Mindy and 101 Dalmations: The Series, has only made a handful of on-screen appearance since the turn of the millennium.

So when asked if her stint on NCIS will result in a return to TV, she comprehensively told the publication: “No. There’s too much social media negativity.

“And I have passed the point of wanting to sit the makeup chair at six o’clock in the morning!”

NCIS season 18 continues Tuesdays on CBS in the USA.